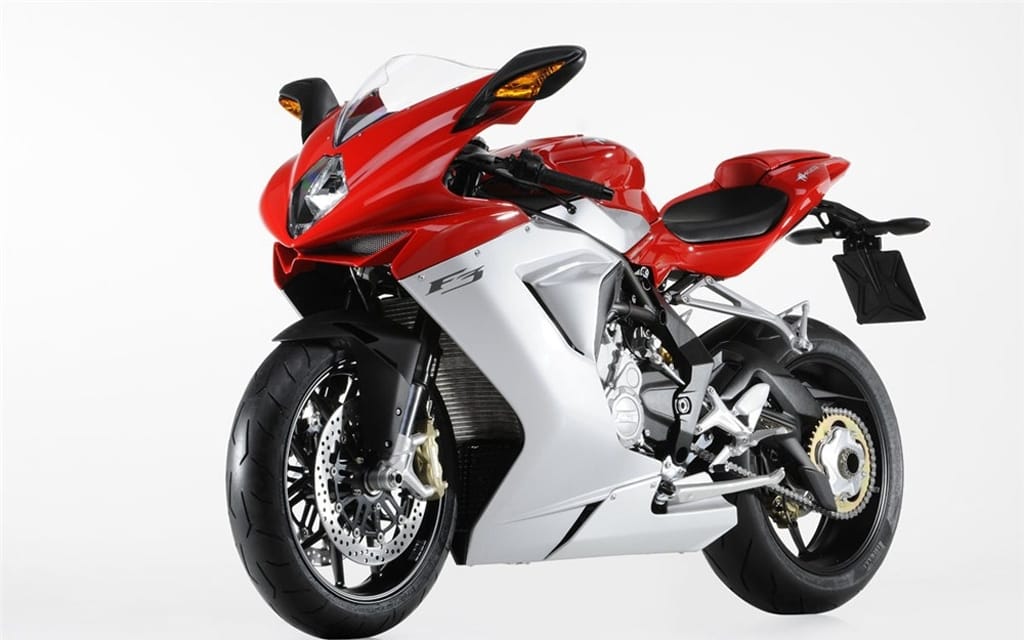 MV Agusta Canada has announced that their highly anticipated middleweight supersport, the F3 675, will finally arrive here in June 2012 as a 2013 model. Available in white, black or red/silver colour schemes, the standard version of F3 will be priced at $14,495. Yes that’s $500 more than the comparable Triumph Daytona 675R, but for those five extra c-notes you get MotoGP technology (counter-rotating crankshaft) and an array of ride by wire controls (MVICS): four pre-set engine maps plus an additional tuneable one, and 8-level traction control which can be further enhanced with options such as a lean angle sensor, anti-wheelie control, launch control, and electronically assisted quick shift. The Triumph has an optional quick shifter, but none of the rest of the MV’s electronic wizardry, nor is it as sexy as the F3.

MV Agusta Canada’s Tim Massarelli tells us that although he has yet to confirm it, “it is looking very good” that the F3 675 will be making its Canadian debut at the Toronto Motorcycle Show in December.