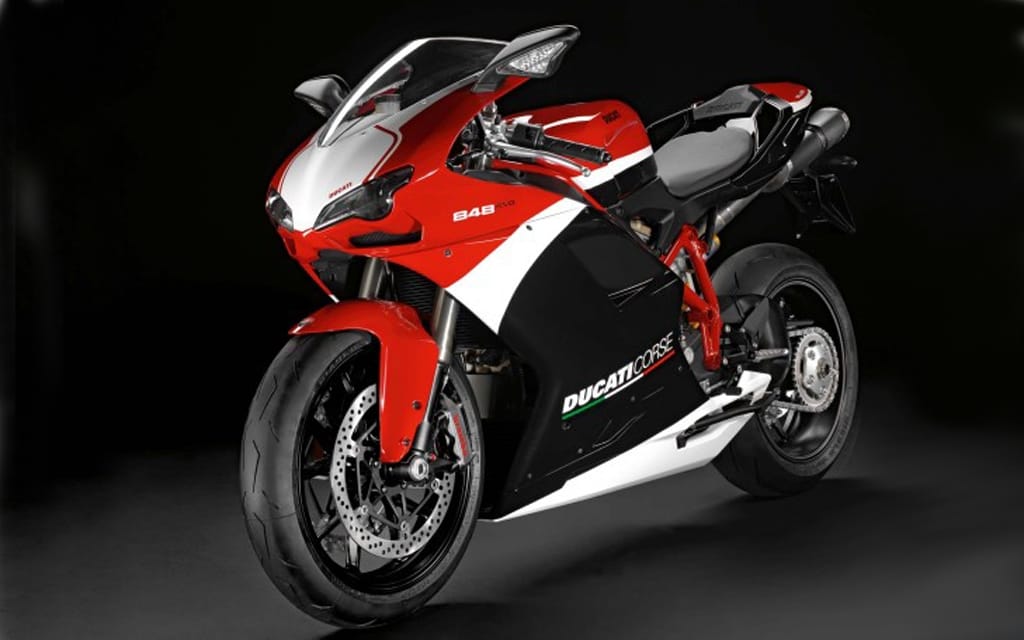 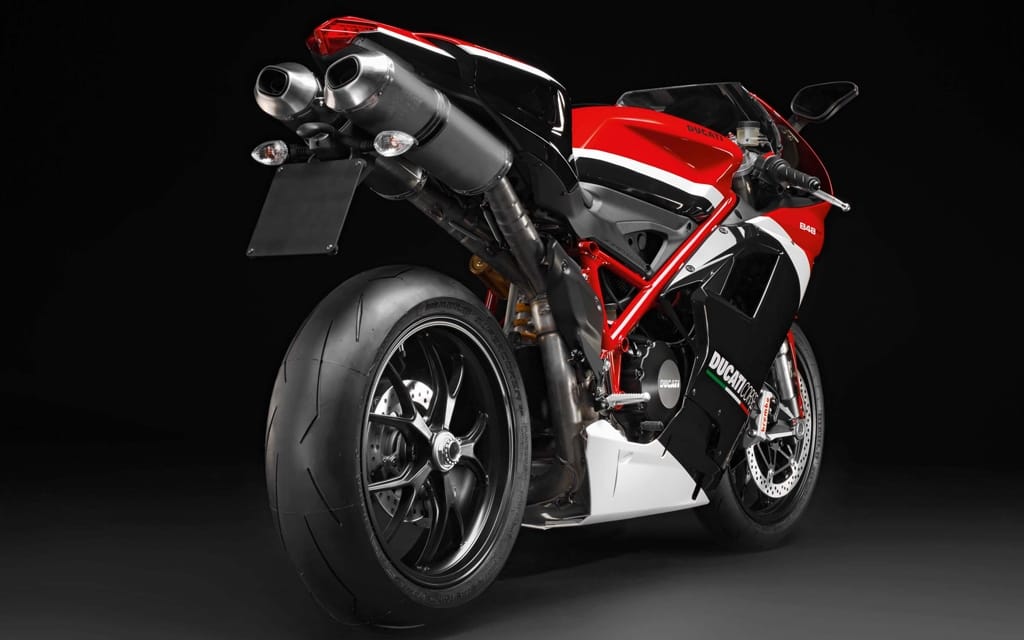 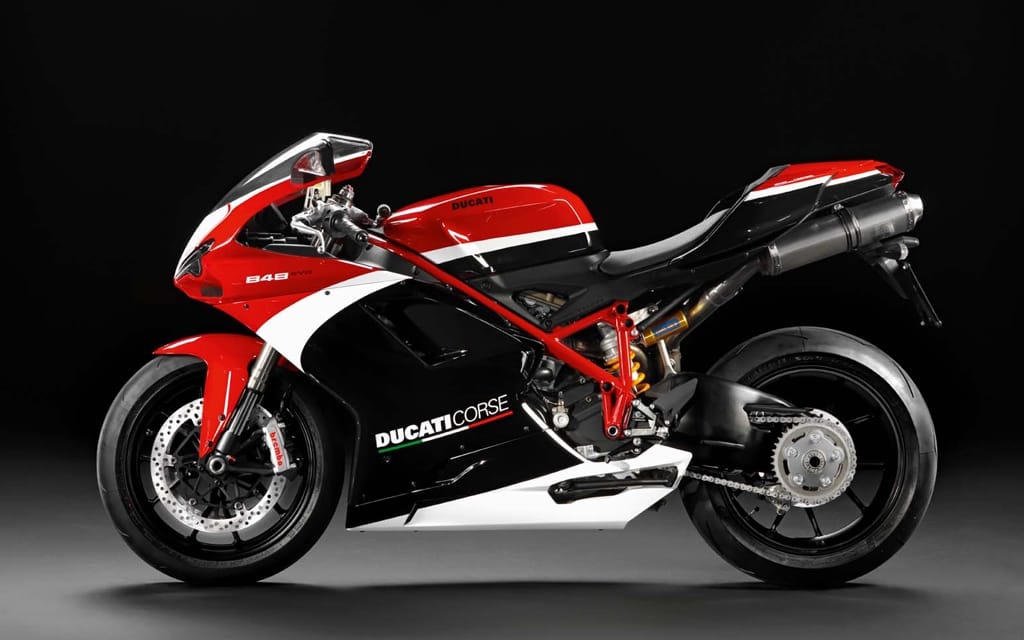 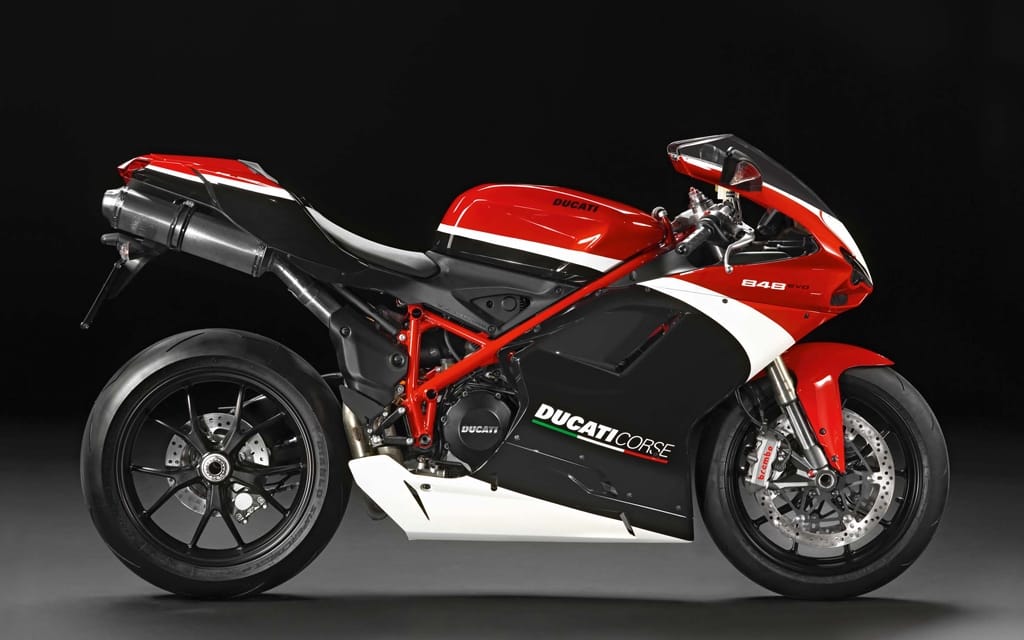 Along with premiering the 1199 Panigale yesterday, Ducati also released a new “Corse” version of the 848 EVO middleweight supersport. The 2012 848 EVO Corse SE gains Ducati traction control (DTC), an Öhlins rear shock (same Showa fork up front though), a quick shifter, front discs upgraded to 330mm and clamped by Brembo Monoblocs, and a red/white/black Corse paint job. Pricing is yet to be announced, but expect a one to two thousand dollar premium over the standard model.