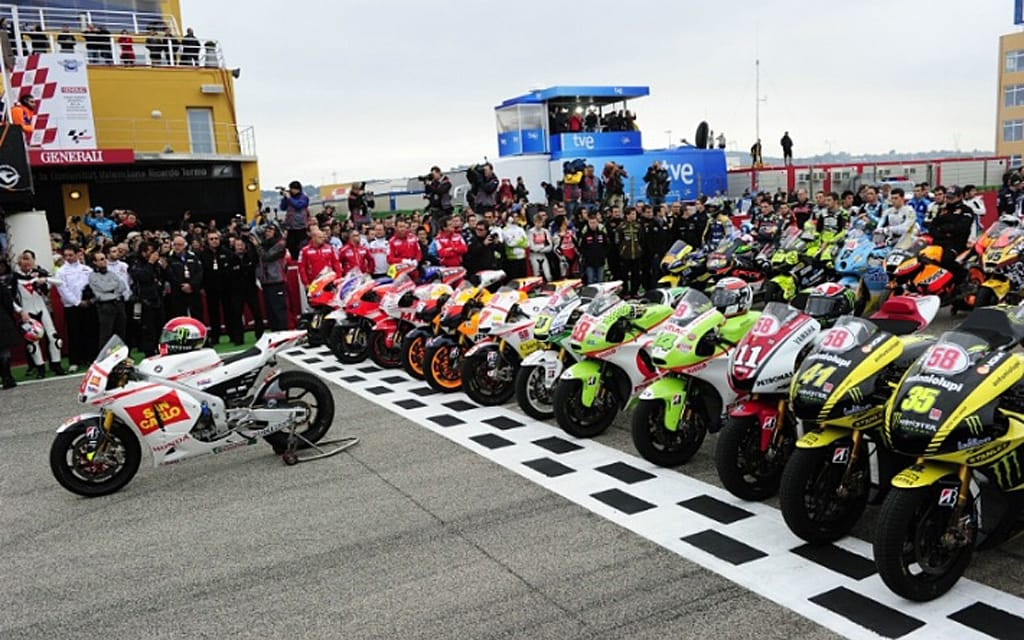 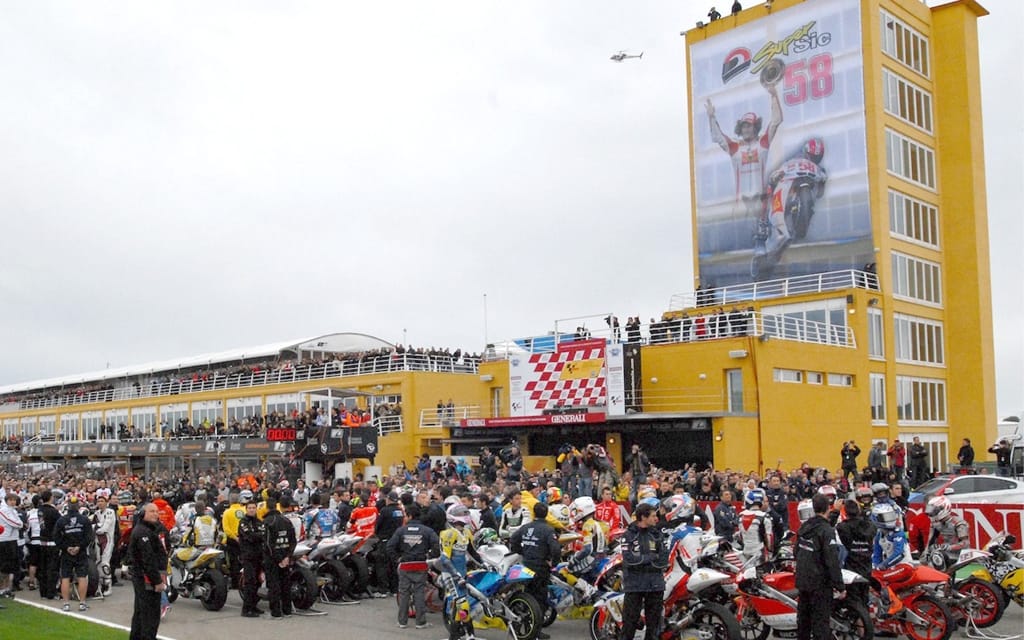 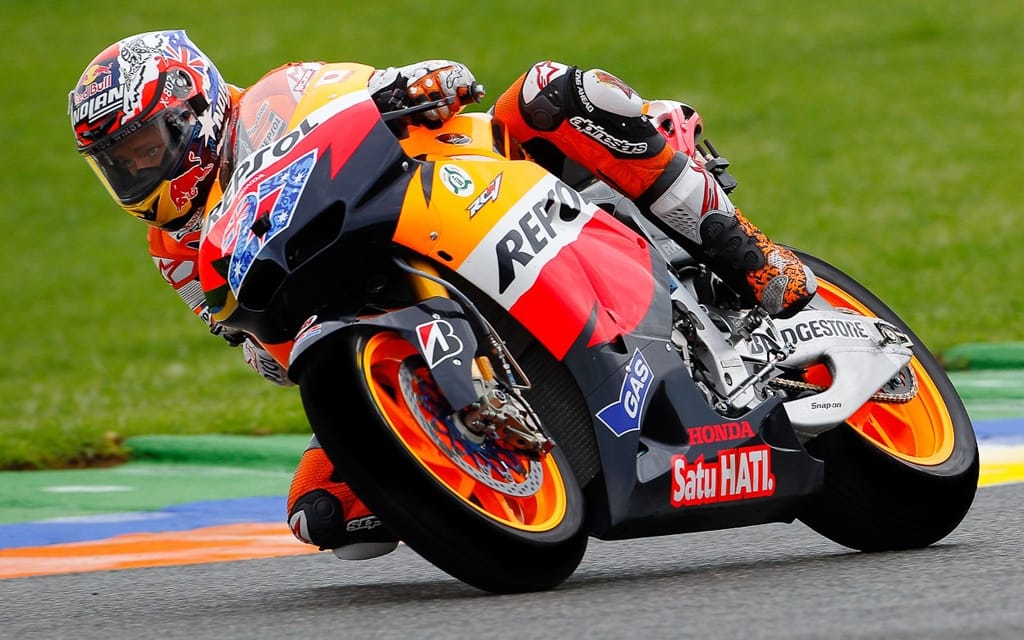 The final race of the 2011 MotoGP season, and of the 800 cc era, began with a tribute to Marco Simoncelli, the San Carlo Honda Gresini rider who died after crashing during the Malaysian Grand Prix two weeks ago. Prior to the race, Simoncelli’s friend, former World Champion Kevin Schwantz, rode the 24-year-old Italian’s RC212V motorcycle to lead riders from all three World Championship categories around the track in a lap of honour. Riders, officials and paddock members then gathered at the start/finish line for two minutes of noise (requested by Simoncelli’s family) provided by a fireworks display.

The race at Valencia was run under wet conditions that immediately wreaked havoc, after the entire field chose to run on slicks. Suzuki rider Álvaro Bautista fell in the first corner, taking out Pramac Racing’s Randy de Puniet along with both factory Ducati riders, Nicky Hayden and Valentino Rossi. It was the Rossi’s third crash in as many races, marking the end of a difficult season for the seven-time MotoGP champion. Casey Stoner, however, launched into the lead from the pole with team-mates Dani Pedrosa and Andrea Dovizioso in tow, battling for second and the final championship position. Stoner and Jorge Lorenzo (still not racing due to his finger injury) had first and second overall locked up, but third was yet undecided. Yamaha’s Ben Spies, back to form after suffering a concussion at Phillip Island, followed the Repsol Honda team closely in fourth, waiting until lap 23 of 30 to make his move on Pedrosa for third and then also pass Dovizioso on his way to catching Stoner. With three laps remaining Stoner ran wide, letting Spies through to the front where he immediately opened up a one-second gap. It looked like the American was set to win the final race of the 800 cc era, but the 2011 champion came back on the final turn to snatch victory from the Texan at the line by just 0.015 seconds — Stoner’s tenth victory of his triumphant season. Dovizioso claimed the third podium spot and third in the championship, after Pedrosa dropped off the pace to fifth once the rain became heavier. Monster Yamaha Tech 3 rider Cal Crutchlow finished fourth, a result that garnered him rookie of the year honours over Karel Abraham.

This was Loris Capirossi’s final MotoGP race of his long career. The former 125 cc and 250 cc champion, who rode the race with #58 on his Pramac Ducati in memory of Marco Simoncelli, finished ninth.