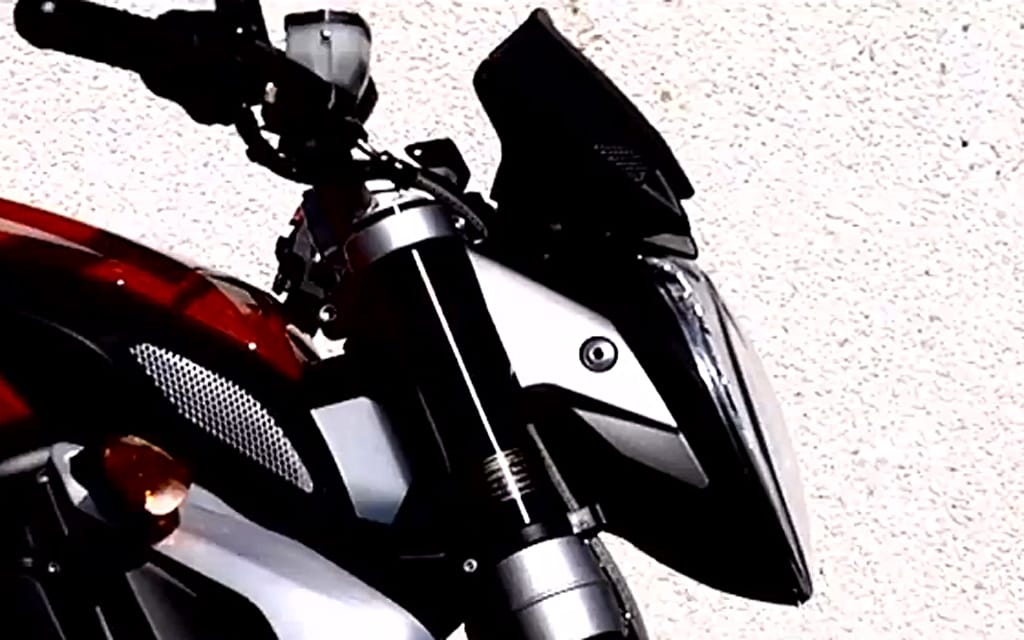 Just over a week before its unveiling at EICMA, MV Agusta have released a teaser video (below) for their all-new Brutale 675. As seems to be the fashion with teaser videos, what you get is a bunch of quick-cut, and for the most part, blurry, shots of the new naked middleweight.

The Brutale 675 is a naked version of MV’s (still unavailable) F3. And from what little we can see of it in the video, it looks like the 3-cylinder Brutale retains the F3’s sexy triple-stack exhaust but adds the headlight of the bigger Brutales, and naturally, upright seating. MV is clearly positioning the Brutale 675 against Ducati’s new Streetfighter 848 and Triumph’s Street Triple, and it will be interesting to see whether MV will be able to price their newest naked bike competitively. Speculation is that it will be in the €9,000 range in Europe.

We’ll bring you more details once the bike is officially unveiled in November.