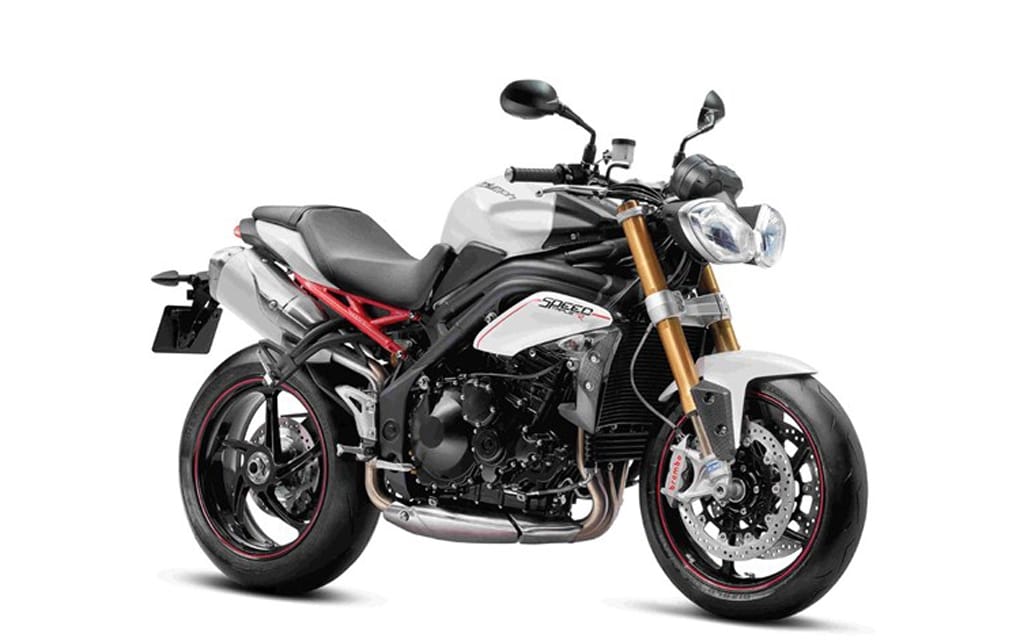 Triumph have given their sport naked Speed Triple the ‘R’ treatment for 2012. The Speed Triple R is the same as the current Speed Triple except that it’s upgraded with Öhlins suspension — an NIX30 43mm fork at the front and a TTX36 shock at the rear — Brembo monobloc callipers, and PVM forged aluminum wheels. There’s also a few carbon fibre bits and switchable ABS is standard.  And as with the Daytona 675 R, the subframe is finished in red. Still the same 130 hp, 1050 cc engine as the base model, but the added high-end componentry make a sweet bike even sweeter. The Speed Triple R will hit showrooms floors starting in March and pricing will be announced in January, says Triumph.