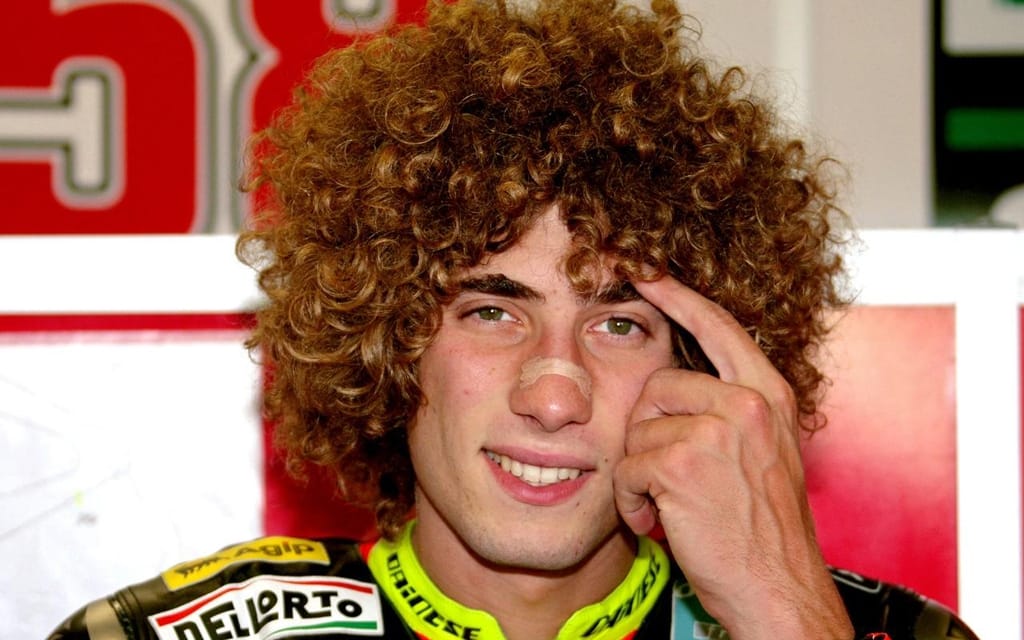 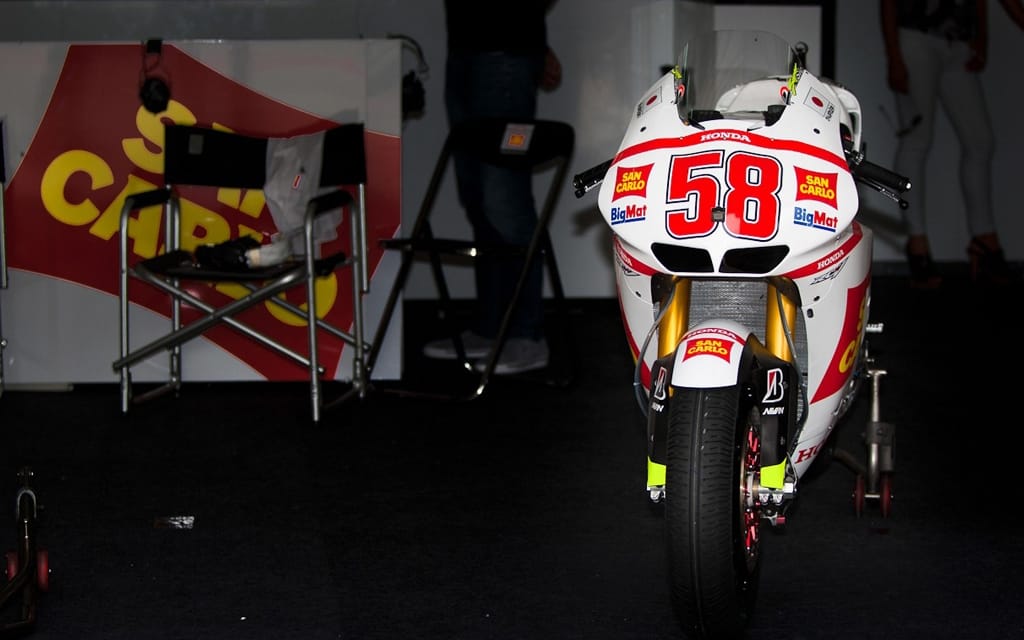 Marco Simoncelli has died from injuries sustained in a horrific crash during the Malaysian MotoGP at Sepang. The young Italian was hit from behind by Colin Edwards and Valentino Rossi after low siding from his motorcycle during a right-hand turn on lap two. The crash occurred when Simoncelli’s bike slid off to the outside of the track but then suddenly regained traction and dragged its rider back to the inside, directly into the path of Edwards and Rossi. The two veteran riders had no chance to avoid the simultaneous collision that knocked Simoncelli’s helmet off and left him lying motionless on the track. Edwards also fell and separated his shoulder, while Rossi was able to return the pits when the race was immediately red-flagged and consequently cancelled. Sadly, the 24-year-old Gresini Honda rider was declared dead at 4:56 PM local time.

Simoncelli, a rising  MotoGP star in his sophomore season, was a fan favourite, famous for his unruly mane of hair, fun-loving demeanour, and fearless riding style. Nicknamed ‘Super Sic,’ the 2008 250cc world champion had claimed his best-ever MotoGP result, a second place finish, just last week at Phillip Island. Simoncelli had 14 victories in his 9-year grand prix career: twelve in 250 cc and two in 125 cc. He claimed his first two MotoGP podiums this year and was signed to ride again for Gresini Honda next season.

Simoncelli’s death is the first MotoGP fatality since Daijiro Kato was killed at the  Japanese Grand Prix in 2003. Last year, however, Shoya Tomizawa died after crashing in a Moto2 race at San Marino.

MotoGP race director Paul Butler says that the circumstances surrounding the accident will be investigated, but reminded everyone of racing’s inherent risks.

“We had our standard operating procedure … this is one-of-a-kind freak incident where the helmet came off and I am sure [motorcycling bodies] FIM and MotoGP will be looking into this,” he said.

“It is a sad back-to-back weekend for motorsports,” said Butler in reference to Dan Wheldon’s death during a Nascar race last week. “We try our best to avoid incidents and prepare for the worst. You see, 99 per cent of the time, riders falling and walking away. Only one per cent do not. You can never guarantee a 100 per cent safe race. You expose yourself to danger when you race. As professionals, they know MotoGP is dangerous. Believe it or not, that is what they live for. Our condolences to Marco. He will be missed dearly.”

On their website Gresini Honda posted a picture of a smiling Simoncelli with just three words, “Ciao ‘Super Sic'”.