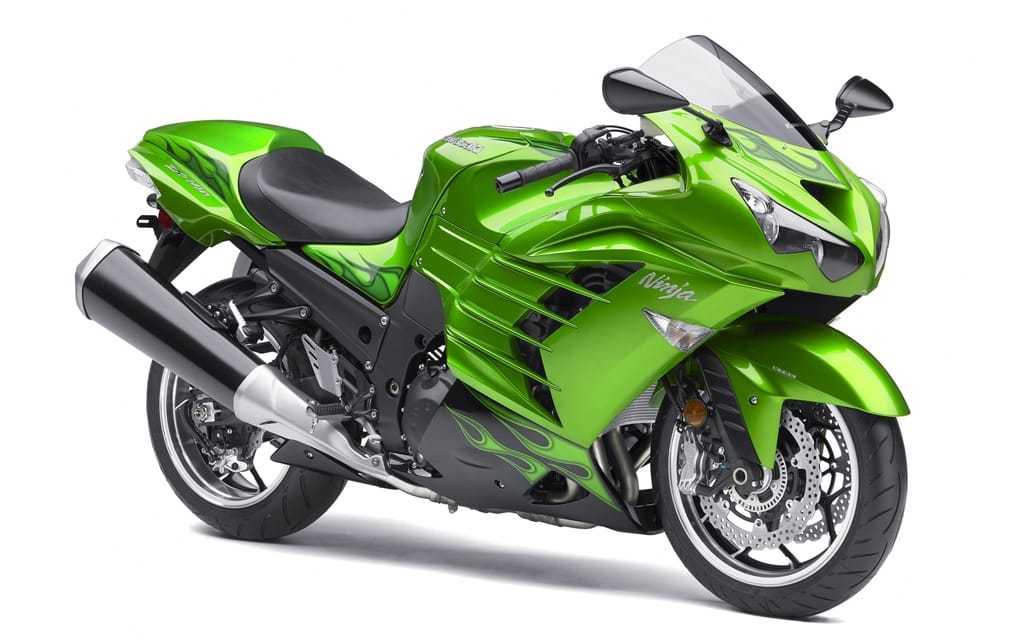 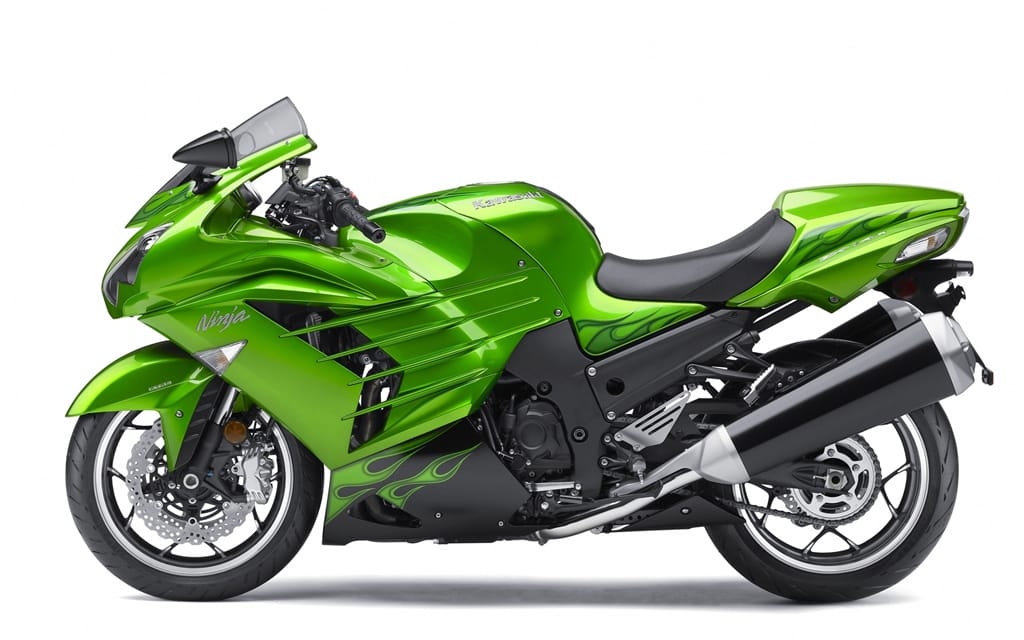 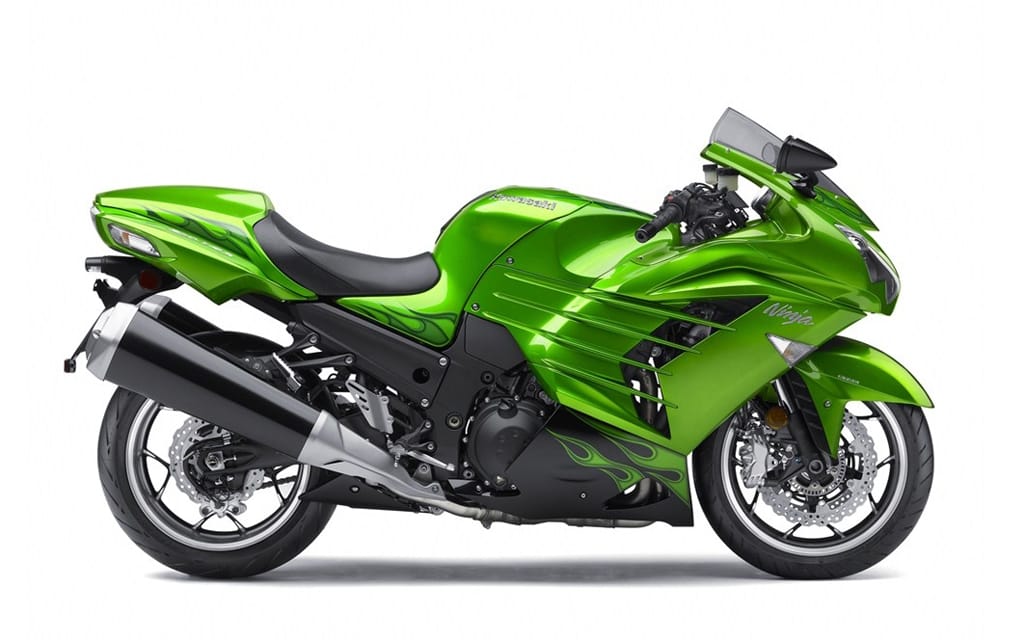 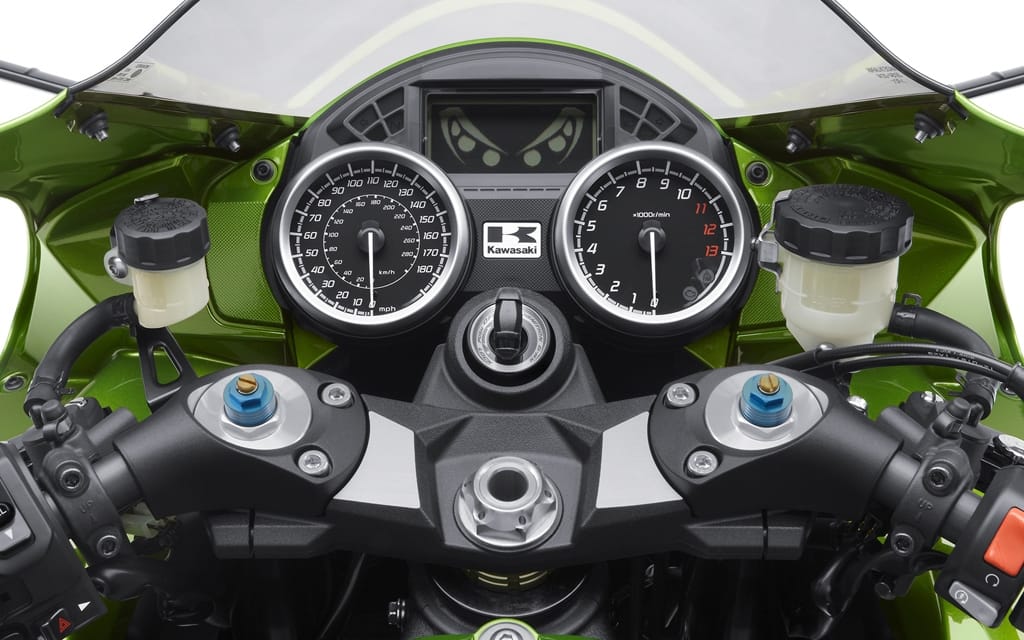 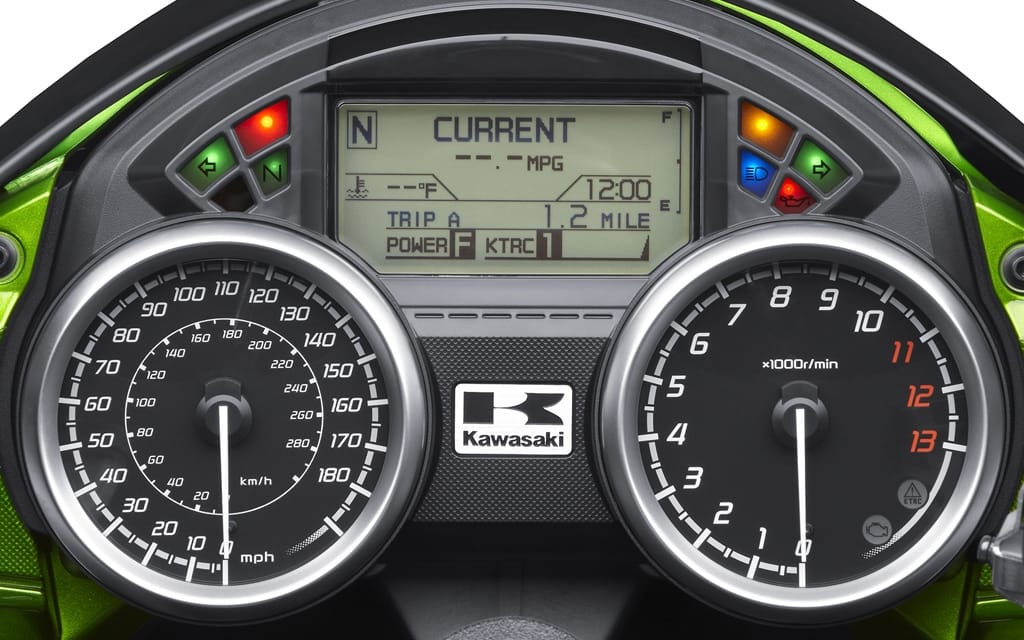 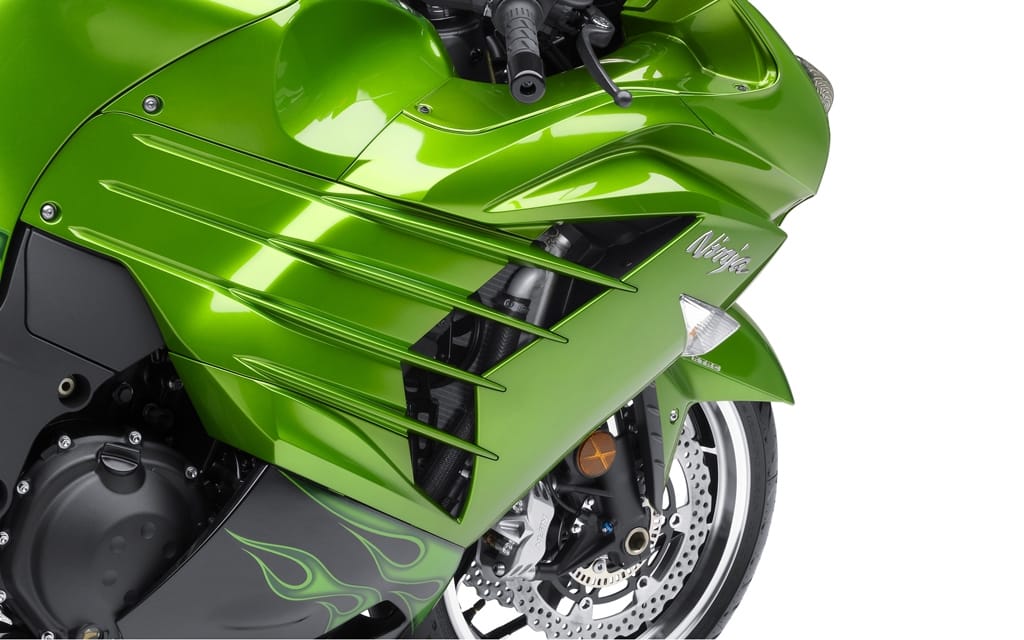 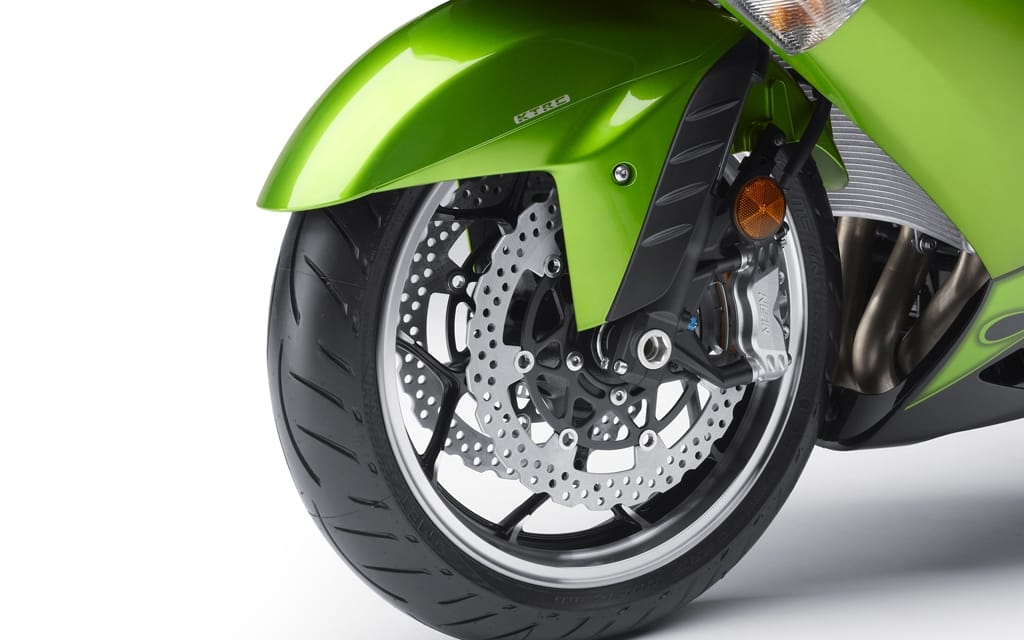 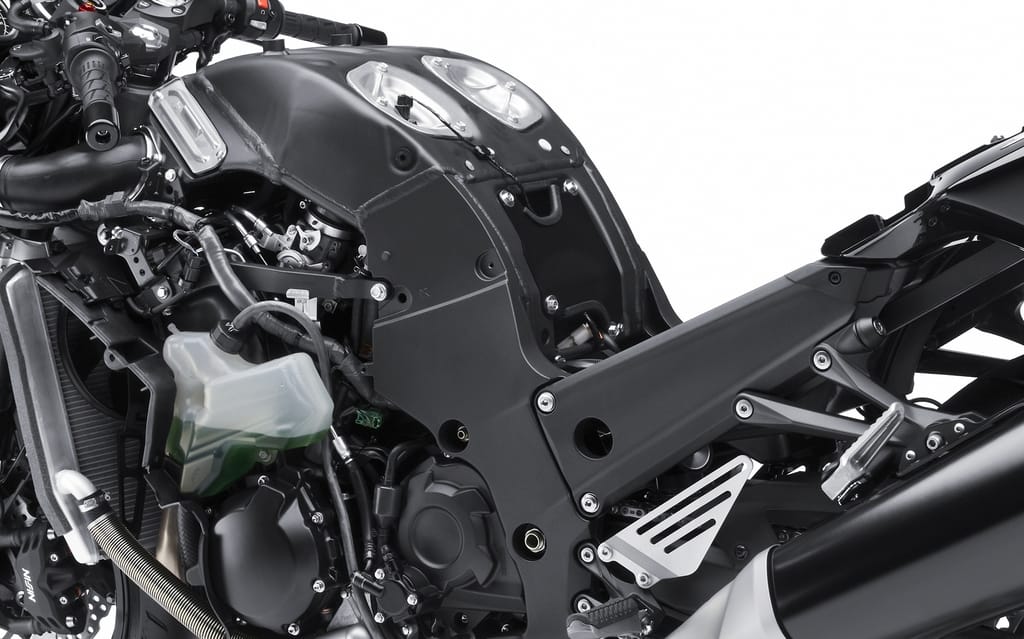 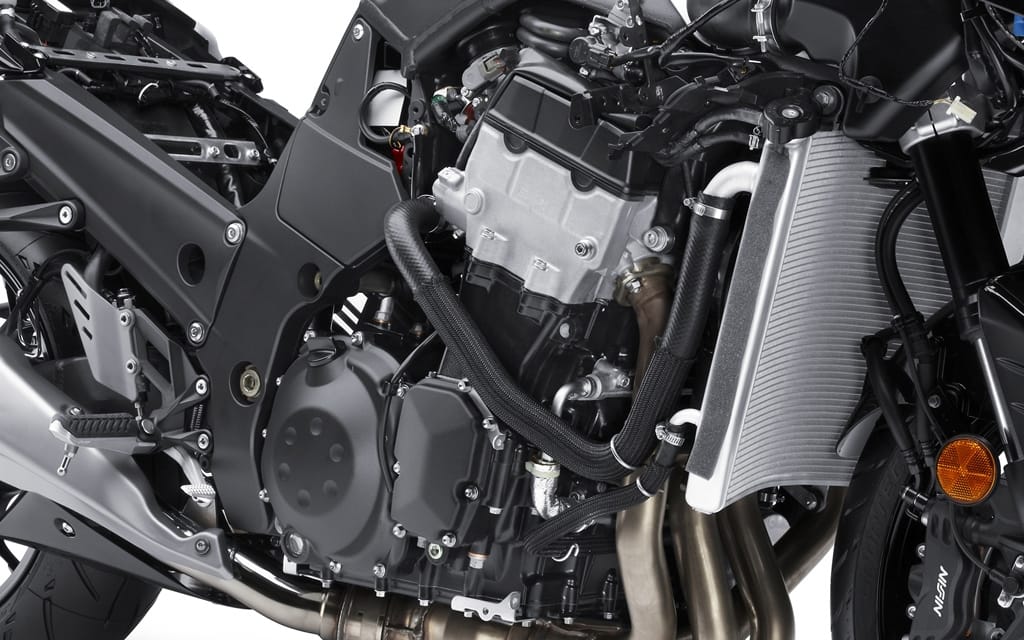 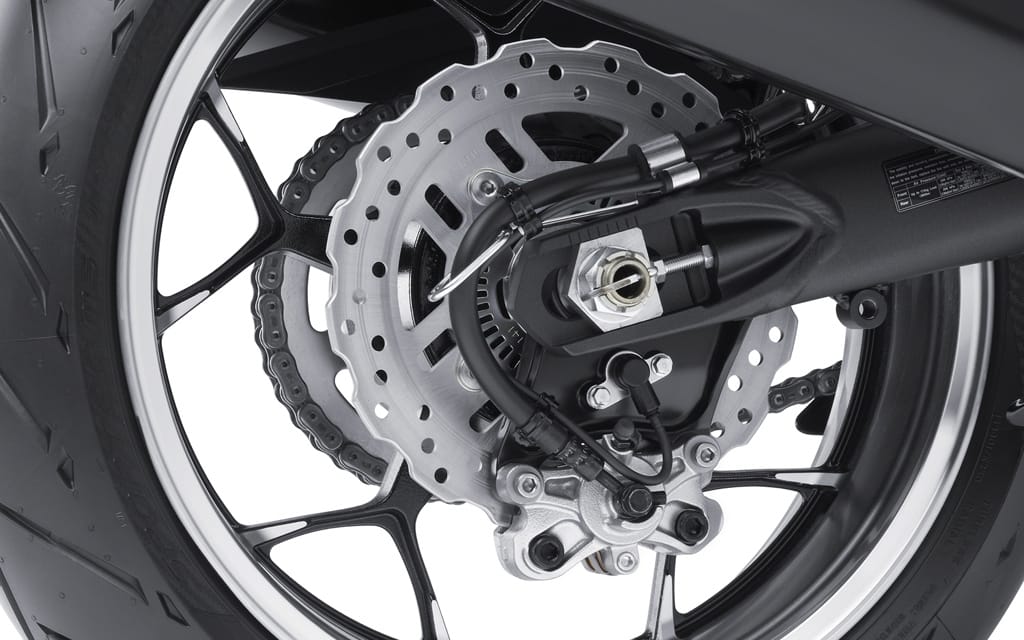 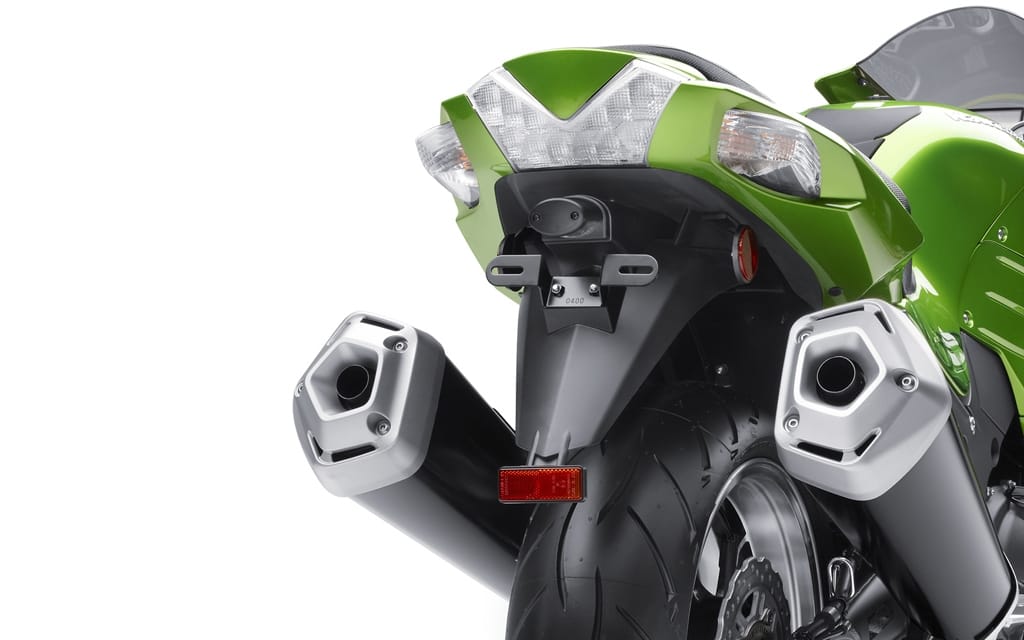 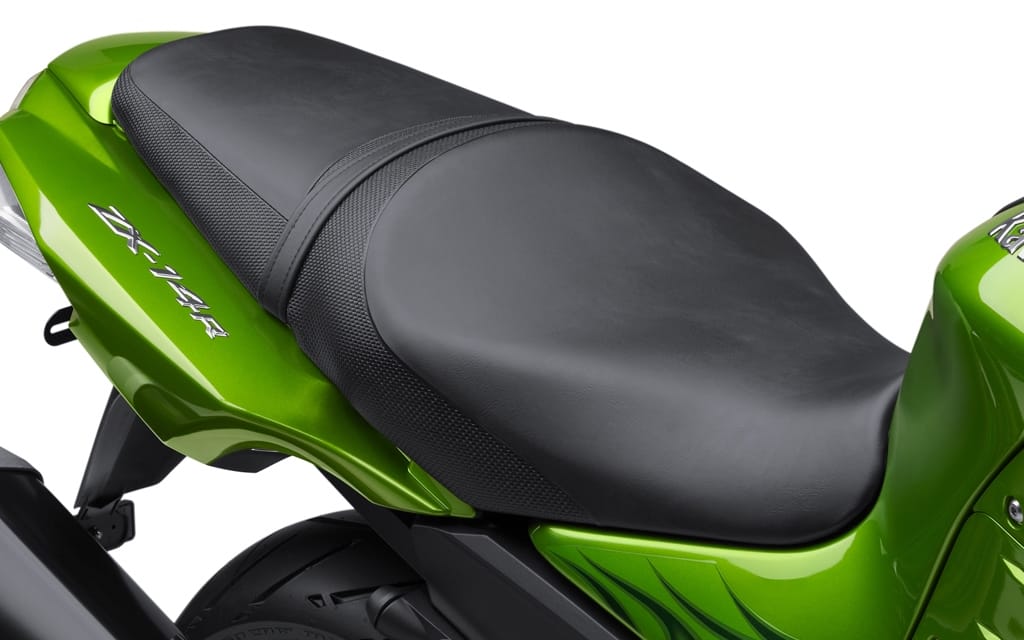 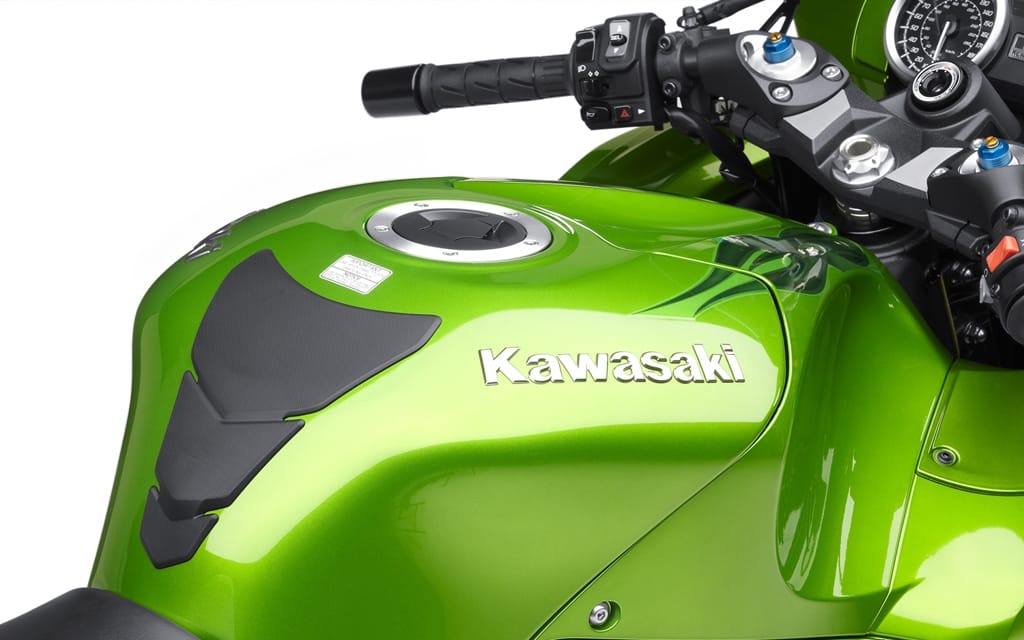 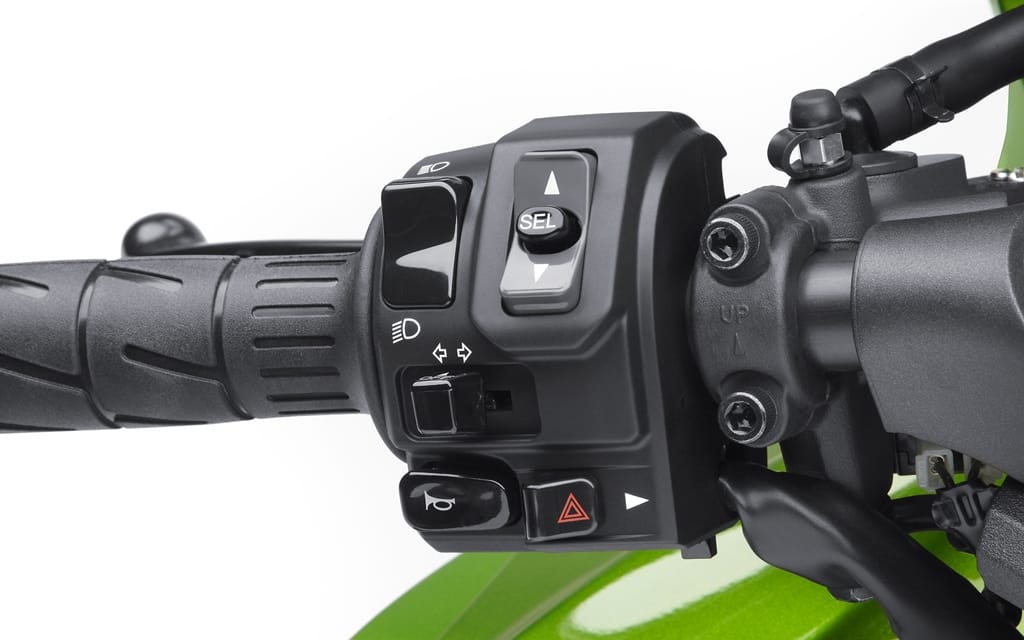 After a nauseating teaser campaign Kawasaki has unveiled their ZX-14R in the US and confirmed that for 2012 their hyperbike will receive a displacement increase to 1,441cc, cosmetic upgrades, and features that have now become de rigueur on high-powered machines; traction control, and ride-by-wire throttle control. Kawasaki hasn’t released official numbers yet, but the ZX-14R’s power is said to be over 200hp at the crank with ram-air.

The biggest change to the ZX-14R is its motor, which, along with other engine refinements, is now stroked out by 4mm, to provide more power and torque throughout the rev range, according to Kawasaki (although they’re not yet saying by how much). The bike’s ride-by-wire throttle system allows riders to select between different engine maps, providing riding condition-dependent settings ranging from half to full power.

The ZX-14R’s frame also sees refinements; it’s been altered for flex and rigidity and its swingarm is longer by 10mm. Lighter wheels have also been added, but Kawasaki’s hyperbike surprisingly gains 8 kg for a new claimed curb weight of 265 kg .

US pricing is set at $14,699, while Canadian pricing and availability are still TBD.