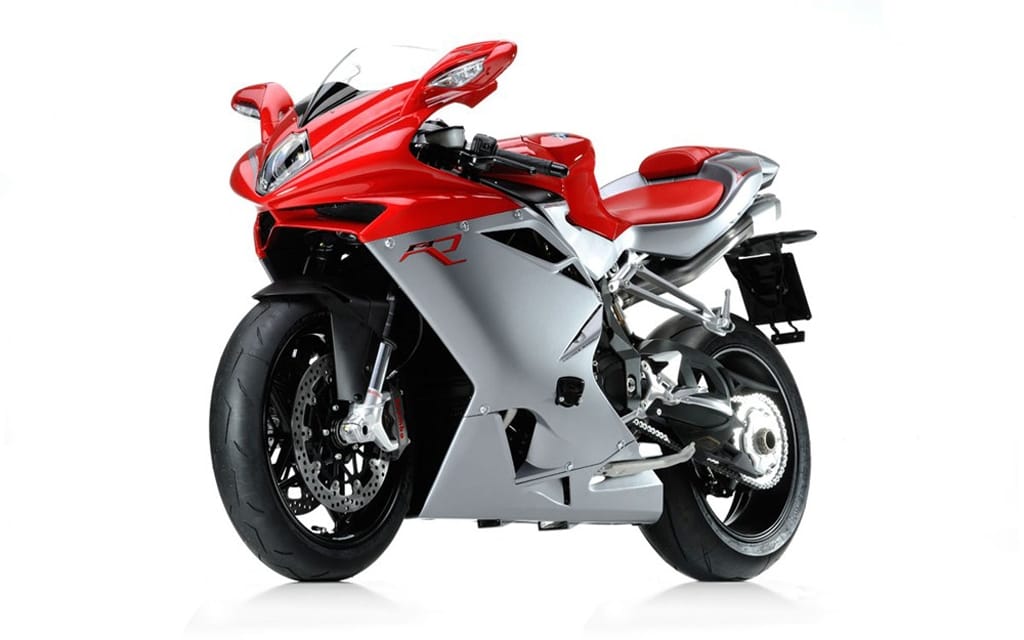 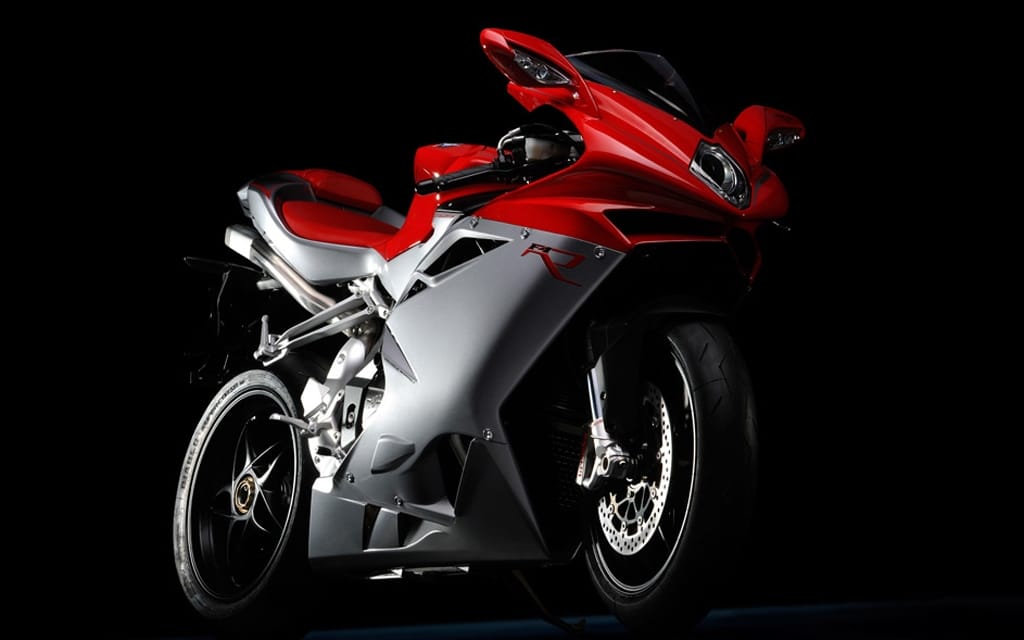 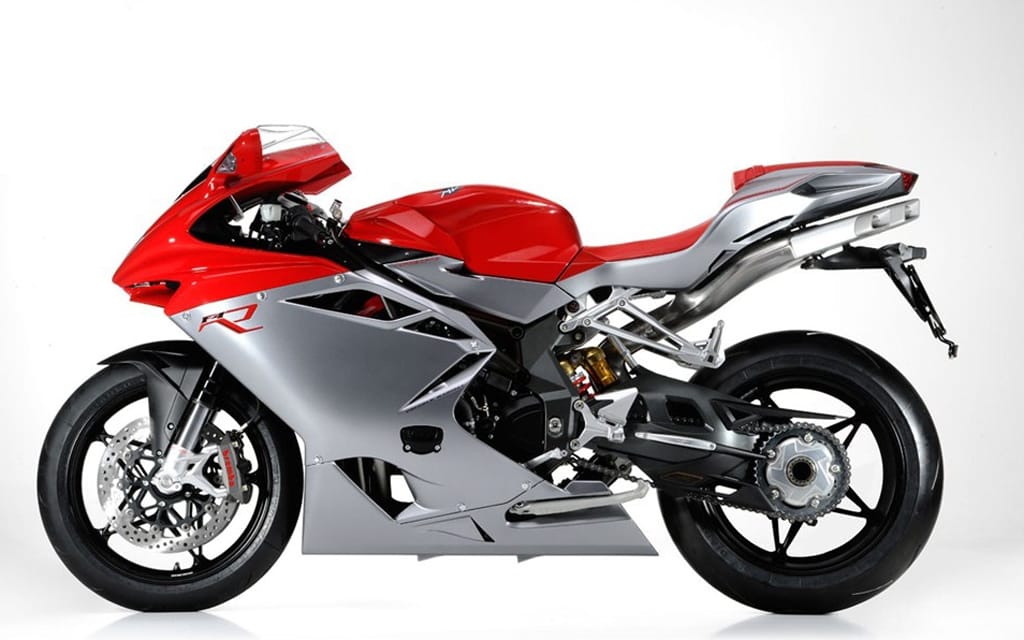 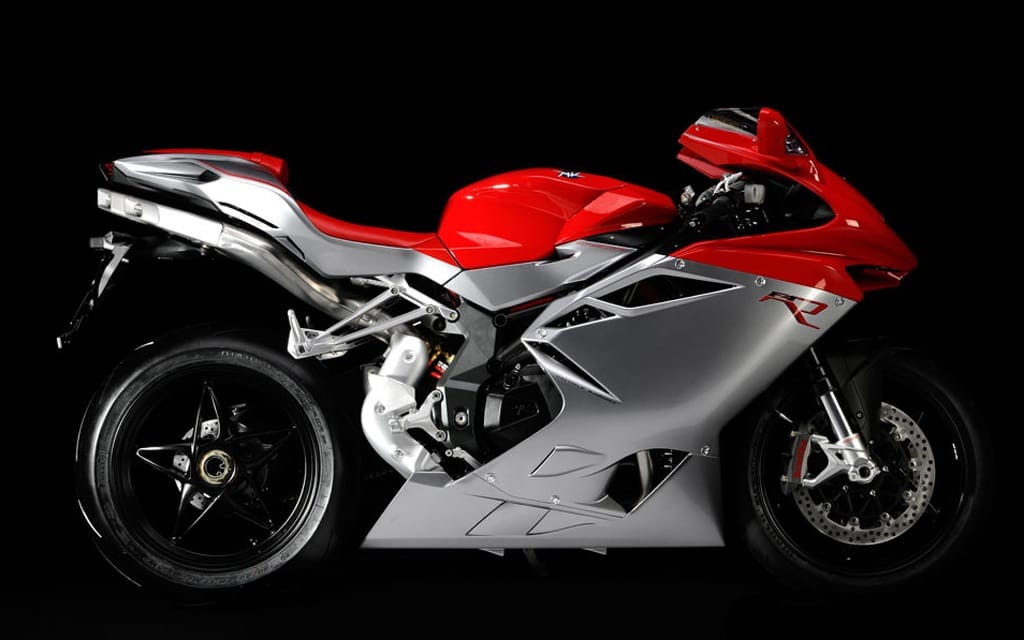 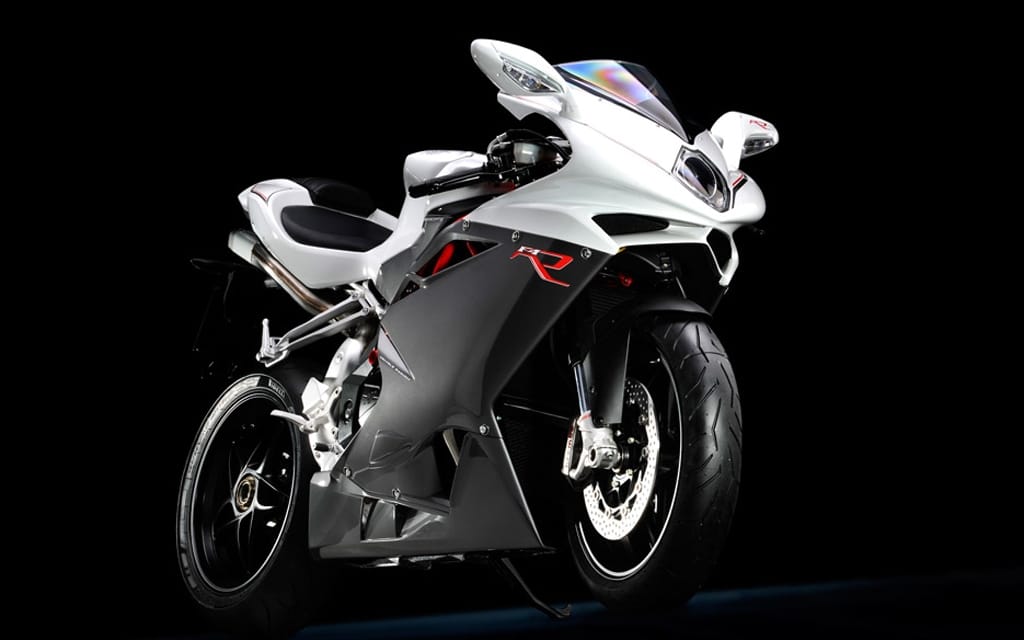 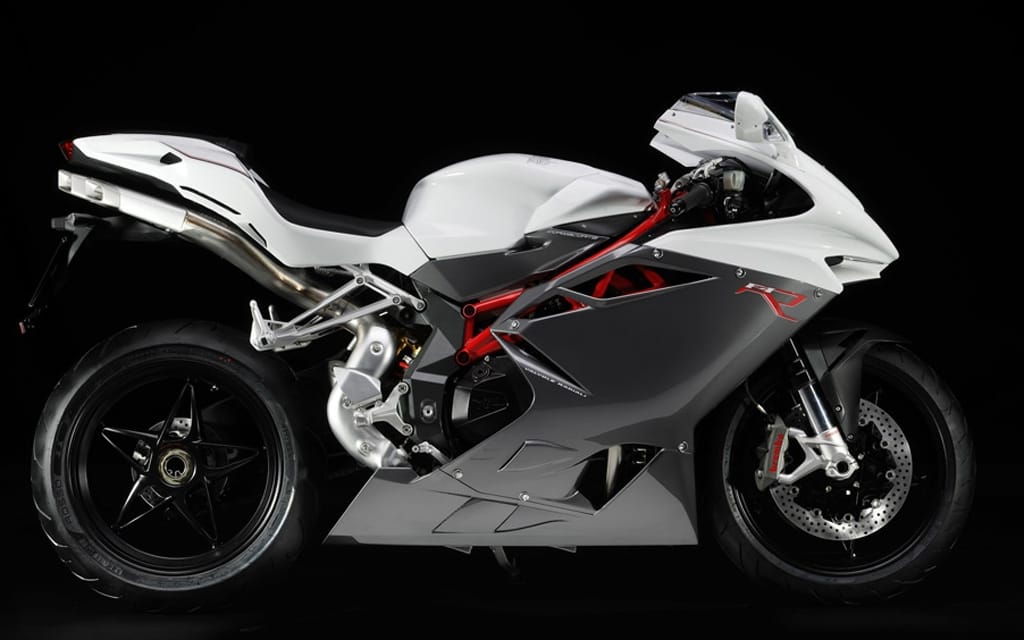 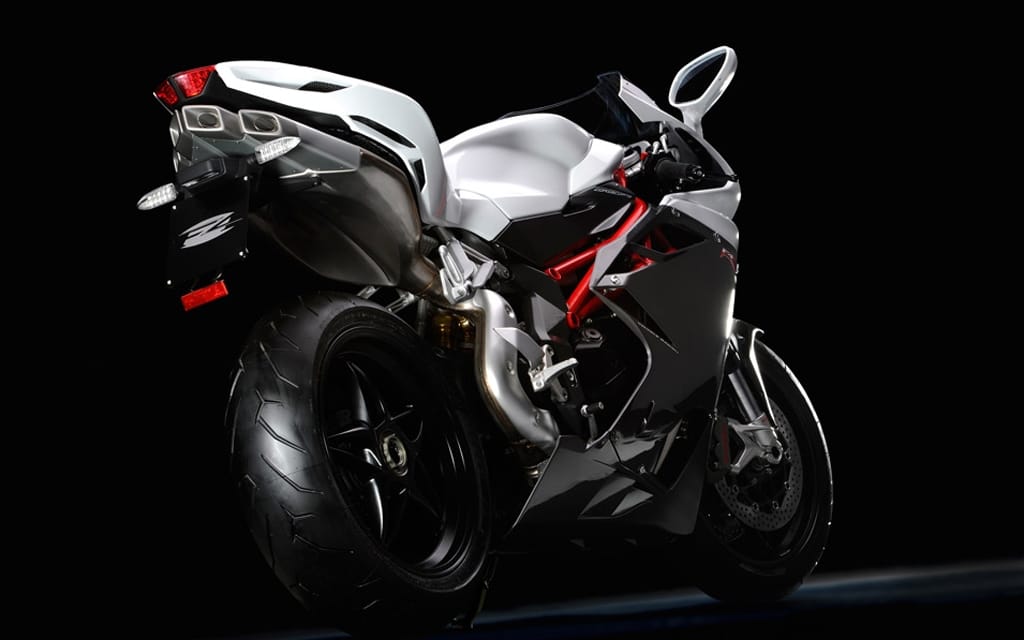 MV Agusta has released details of the new 2012 F4 R Corsa Corta, a cheaper, lower-spec version of the F4 RR.

The R is powered by the same the 998cc, short-stroke, four-cylinder mill as its posher sibling, but here, due to a different ECU mapping and the absence of the RR’s hand ported cylinder head, claims a marginally lower rating of 195 hp instead of 201 hp.

While the F4 RR is fully suspended by Öhlins components, the R features a fully adjustable Marzocchi 50mm fork up front and a Sachs shock, also adjustable, at the rear. It also lacks the RR’s adjustable steering head, and replaces its Öhlins steering damper with an MV-built unit. The R’s brake master cylinders are by Nissin instead of Brembo; wheels, instead of forged hoops, are cast aluminum; and its frame build quality is also slightly reduced, being MAG-welded where the RR’s structure is TIG-welded.

While the F4 R is now available in Europe in either red/grey or white/grey for €18,000, MV Agusta Canada says they won’t be announcing Canadian availability and pricing until mid November. Further Canadian details on the RR, meanwhile, will be coming out later this month, so stay tuned.