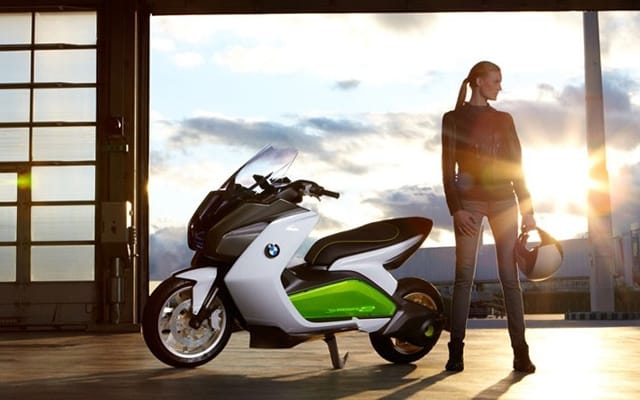 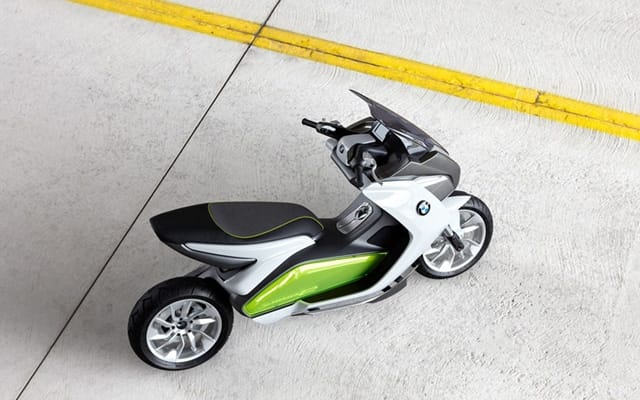 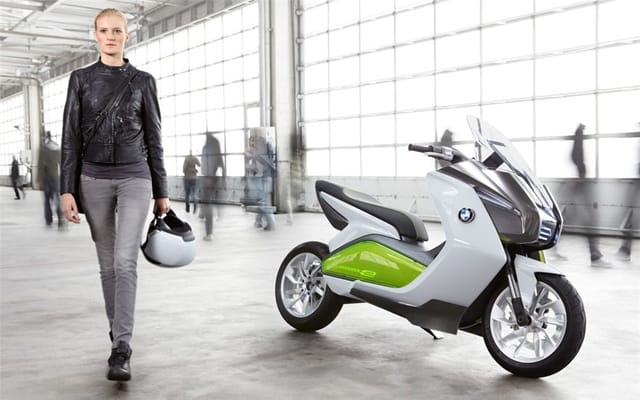 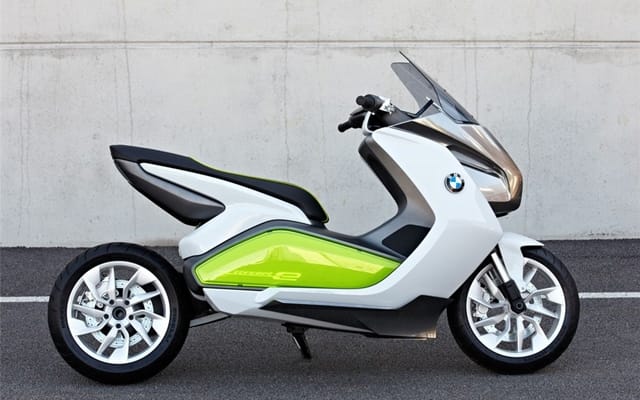 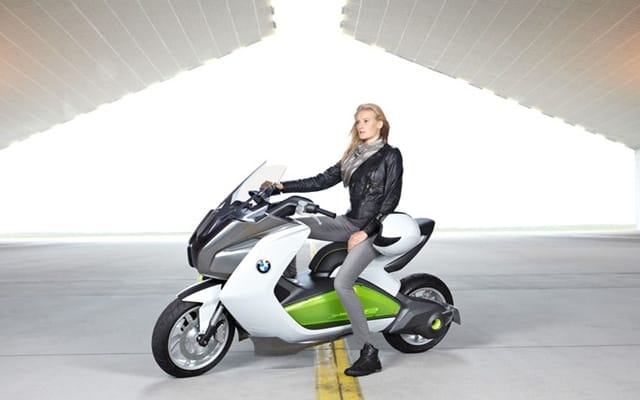 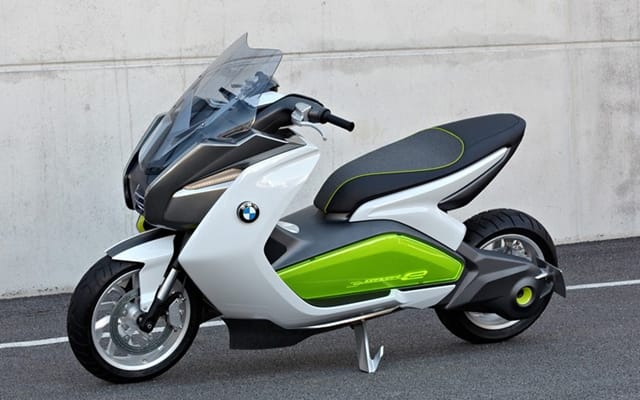 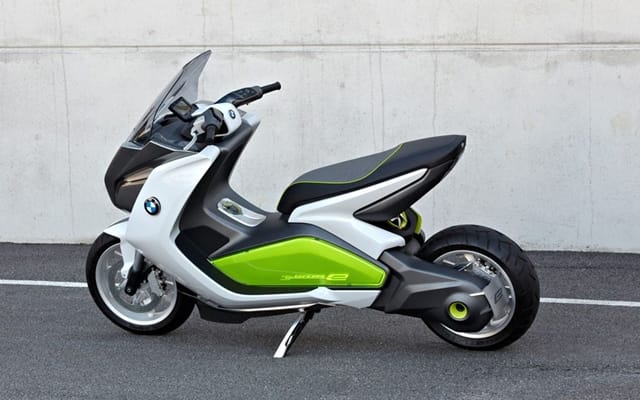 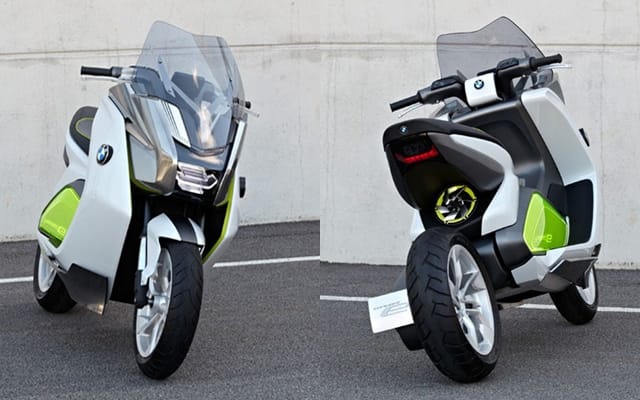 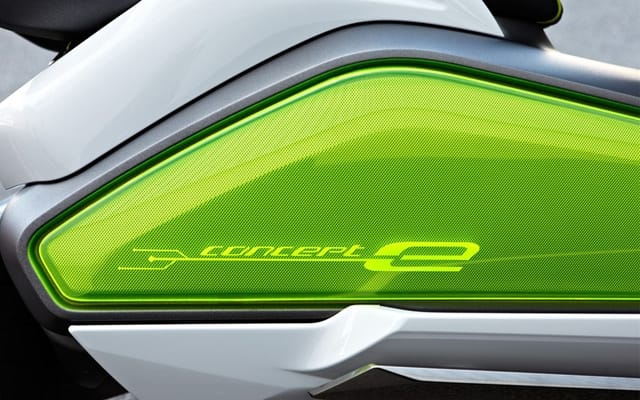 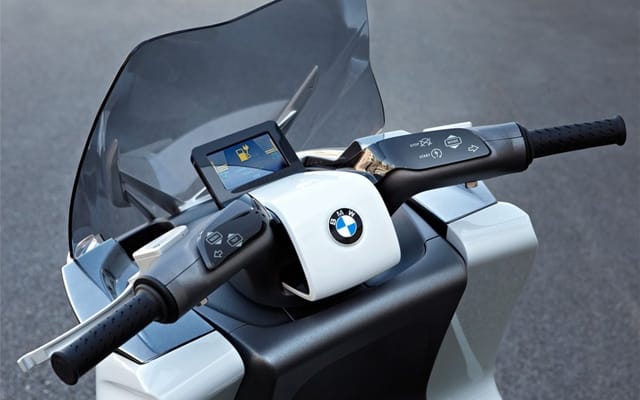 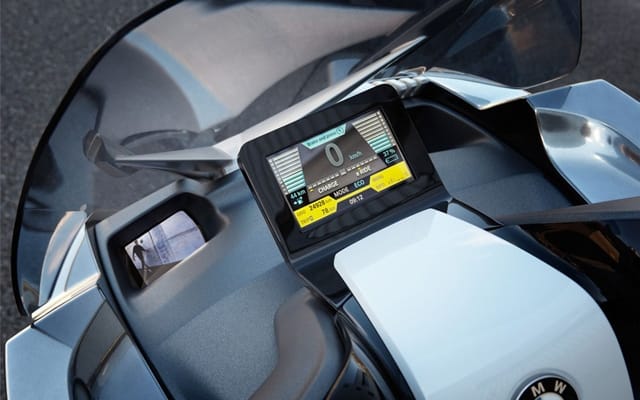 BMW unveiled an new electric maxi-scooter at the Frankfurt International Motor Show today. Called the Concept e, it features regenerative braking and claims a 100 km range during “everyday use”, and full recharge from regular household sockets in less than three hours. As with its gas-powered Concept C sibling (unveiled last year at EICMA), the new electro scooter features taillight integrated video cameras, coupled with two dash board mounted LCD screens, in place of conventional rearview mirrors. A third centre-mounted digital display in the cockpit shows the speed and other relevant data. Further details in BMW’s announcement of the Concept e  are scant, but the German manufacturer ensures us that the e-maxi-scooter will be capable of “safe overtaking on urban motorways when carrying a passenger.”

We have to admit we’re a little confused about the Concept e though. BMW previously released a video of an electric version of the Concept C and it’s not clear whether the Concept e is an evolution of the machine seen in that video, or whether the German manufacturer is actually developing two electro maxi scooters

The Bavarians also say they plan on releasing a pair of all-new “Urban Mobility” maxi-scooters by end of 2011, both “powered by high-performance and efficient 2-cylinder combustion engines.” That would seem to indicate that, unless the Concept e is actually a hybrid — of which there is no mention in BMW’s press release — we won’t be seeing a production model  e-scooter from Germany until next year at the earliest.