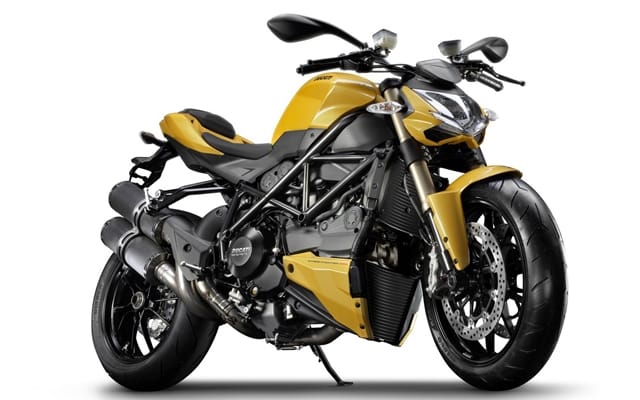 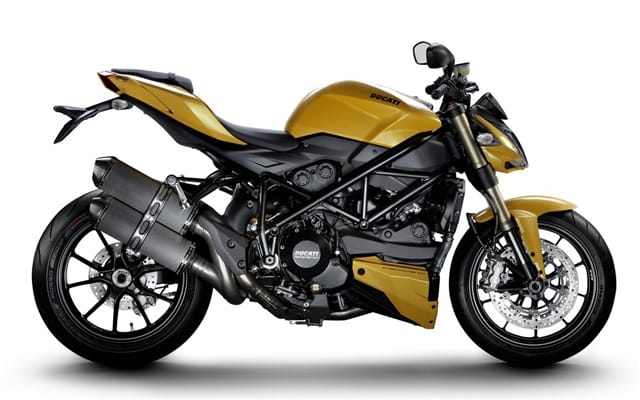 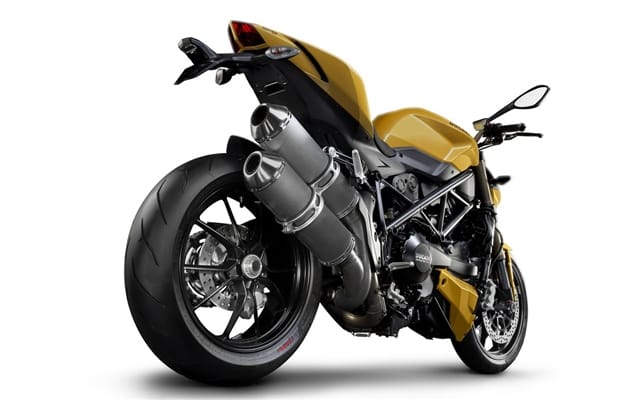 Ducati has released the first official photos of the anticipated 2012 Streetfighter 848. There are few details about the new middleweight naked at this point, but Ducati has revealed that it is powered by the first iteration of a smaller displacement Testastretta 11° mill — the same engine found in the Multistrada 1200 and Diavel, but here in an 848 cc configuration — meaning the Streetfighter 848 will benefit from the longer valve service interval endemic to the 11° valve-overlapped twin. (A Testastretta 11º 1198 version, replacing the current 1098 Streetfighter, is also anticipated to break cover soon.)

Ducati adds that the “enhanced geometry” of their junior Streetfighter’s chassis “provides confidence-inspiring agility,” and that the “the Streetfighter 848 has enriched its user-friendliness with a smooth and flexible power delivery, revised ergonomics and Ducati Traction Control.”

The  2012 Streetfighter 848 comes finished in red, yellow or matte black and, according to the manufacturer, will be available from November 2011 onwards — though it hasn’t been confirmed yet whether it will be in Canadian showrooms that soon, and pricing has also yet to be announced.

We’ll bring you more details as they arise.