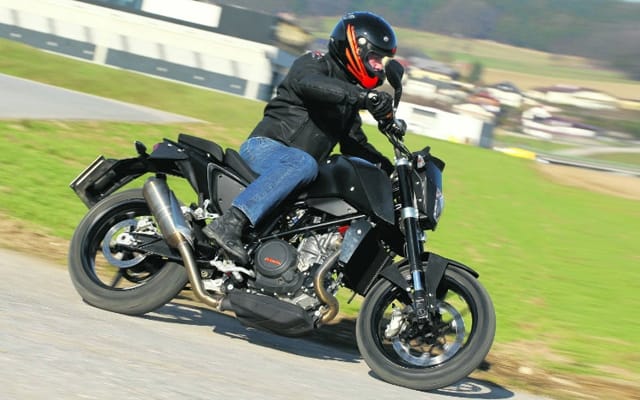 UK magazine MCN is reporting that they’ve test ridden a prototype version of the 2012 KTM 690 Duke months before the new middleweight thumper will be unveiled in finished form. The new 690 Duke, says MCN, will put out around 70 hp, making it the most powerful single-cylinder road bike on the market when it goes on sale next year. With features like a twin-spark cylinder head, ride-by-wire throttle, and optional Bosch ABS, it will also be one of the most advanced. KTM says they’ve also pioneered a new structural fairing and subframe for the new Duke, resulting in reduced weight and components, i.e. higher power to weight ratio.

When we’ll see this bike in Canada and how much it’ll cost is yet to be determined, but we’ll bring you more details as we receive them.