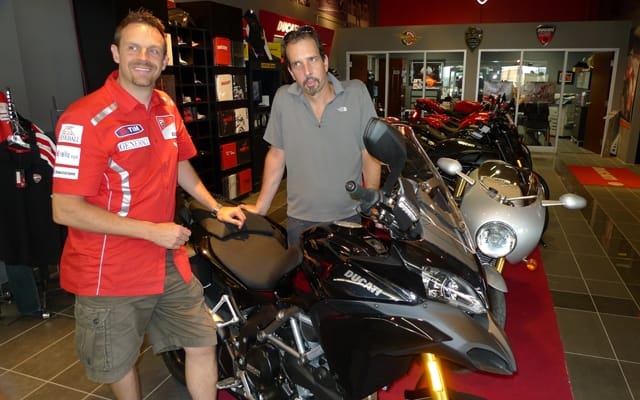 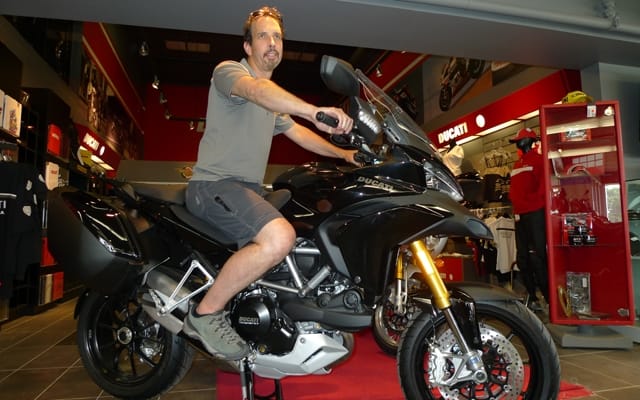 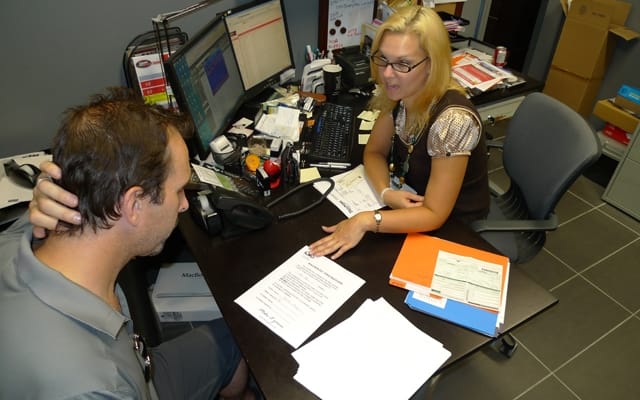 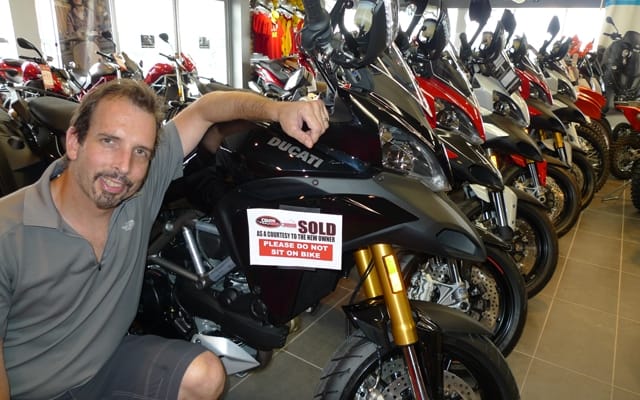 How I Became a Ducatista

Web editor Derreck Roemer claimed he was a simple man with simple needs. Then he rode Ducati’s Multistrada 1200.

What about the Multistrada?” my wife Karen asked. That’s what triggered the chain of events that led me to unexpectedly becoming a Ducatista: the owner of a 2011 Ducati Multistrada 1200 S Touring, not just my first brand new motorcycle, but my first ever new vehicle of any kind.

Having no idea that the Ducati would cost about $24,000 with tax, Karen asked why I wouldn’t buy the Multistrada instead of the cheaper Triumph Tiger 800XC I’d set my sights on. It was a valid question. I’d raved about the Multistrada after testing it early last year, and had confessed that I’d rob a bank to be able to buy one. I liked the new Triumph, but I loved the Multistrada. But I wasn’t there yet. “It’s way too expensive,” I told her.

A past girlfriend once called me frugal, (more than once, actually, and she used a more pejorative term) and while working for all of my adult life as a freelancer has occasionally made frugality a necessity, it goes deeper than that. “Less is more” has long been a mantra, even when I’m flush.

Michael Uhlarik, in the Sept./Oct. issue of CC, talks about how Canadian and American riders fetishize motorcycles and use them as recreational toys rather than as transport. Two years ago I grappled with that very question and sold my beautiful but impractical Norton Commando and bought a used adventure tourer. I wanted a BMW R1150GS but settled instead on a well-maintained 1999 Triumph Tiger 900. I was happy with the bike and thought I’d be riding it for years.

But the next spring I put 1,000 km on the Ducati in a test for this magazine. Editor Neil Graham quipped that I wouldn’t want to go back to my own bike. He was right. But I consoled myself with the idea that I could perhaps find a good deal on a used Multistrada 1200 a few years down the road. Then Triumph unveiled the all-new Tiger 800XC: leaner, meaner, and more powerful than my 12-year-old Tiger 900, and starting at only $12,119 — half as much as a Multistrada. It seemed a reasonable compromise.

But once you add ABS, luggage, a centrestand, heated grips and the taller windscreen (all standard on the Multistrada 1200 S Touring) to the base Triumph Tiger 800XC, its price balloons to just under $16,000. A call to a local dealer confirmed that, as a new model, there are no significant discounts on the Triumph. And then Karen mentioned the Multistrada.

Two days later the Triumph salesman called and said he could knock $1,000 off the Tiger. This same dealer also sells Ducatis and I mentioned that I was interested in a Multistrada. He didn’t have any more 2010s in stock, but would sell me a white or black 2011 for $545 more than the 2010 model across town. I thanked him and said I’d think about it. Here’s what I think about: life is short and mine is already more than half over; maybe less isn’t always more; maybe it’s finally time for a little luxury. Two days later I put a deposit down on a black 2011 Ducati Multistrada 1200 S Touring.

Then came buyer’s remorse. “That’s a pretty big number at the bottom,” said Karen upon seeing the bill of sale. Damn HST. And then there’s the financing rate, which even after I asked for and got a better deal is not nearly as low as originally promised. Nor is the final insurance premium the same as the quote I was given. It turns out my insurance company doesn’t give out an accurate number until you commit to purchasing the coverage. Only then do they add your driving record into the mix, adding, in my case, an additional $300 annually. Add it all up and it’s why, at 3 a.m., I’m lying wide awake wondering if I haven’t made a huge mistake.

I pick up the bike on Saturday.