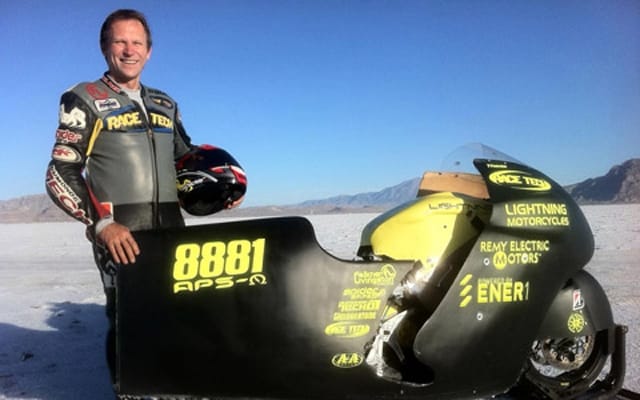 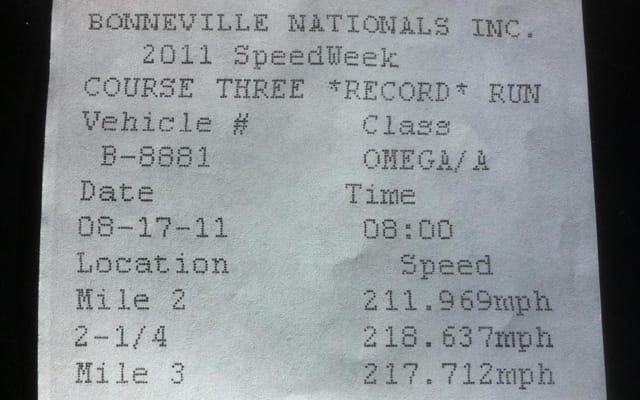 After shattering the land speed record for electric motorcycles on Sunday with an official speed of 206.079 mph (331.652 km/h), the Lightning Motorcycles crew has continued working on going even faster on the Bonneville Salt Flats during Speedweek. The team has now increased their record to 215.907 mph (347.469 km/h) in the APS-Ω class by posting 214.209 mph and 217.712 mph runs respectively on Tuesday and Wednesday.

Lightning CEO Richard Hatfield says the goal now is to break 220mph on their MK II prototype, before leaving Utah at the end of Speedweek on Friday.