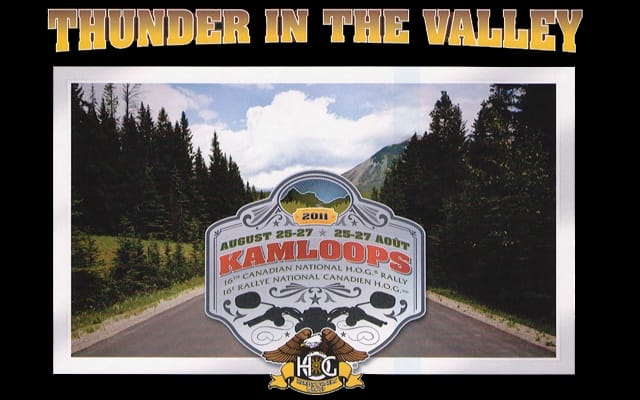 Deeley Harley-Davidson Canada would like to remind you that it’s almost time again for the Canadian National H.O.G. Rally. The 16th anniversary edition of the annual Harley-Davidson owners get-together, takes place from August 25th to 27th in picturesque Kamloops, BC this year.

According to rally organizers the highlight of the weekend of Harley-centric activities will be the parade on Saturday the 27th, where an expected 1,200 H.O.G. participants will ride from McArthur Island Park, through Kamloops, and then back again. Other activities include motorcycle field games, biker bingo, a juried Show ‘N Shine, live fashion show, and musical entertainment featuring a number of live bands. The public is invited to come out and watch the parade, field games and custom bike show, and on Sunday anyone with a valid motorcycle licence and the appropriate riding gear can test ride the new 2012 Harley-Davidson models for free at Kamloops Harley-Davidson.

Check out www.harleycanada.com for more details.