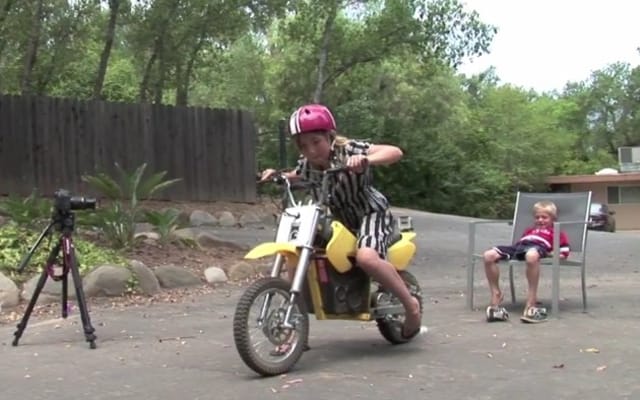 If you’ve ever watched Jackass — even for just a minute — you might, like us, never imagine that anyone in that troupe of notorious maniacs would be family guys. It turns out Jackass alumnus Dave England has very a cute daughter and son named Ruby and Roan, and it looks like they might be following in their father’s footsteps. They’ve perfected the art of pulling teeth using a motorcycle, and England has posted their performance on Youtube.

A few days ago he tweeted, “I made this video of my kids doing a little jackass junior action.”