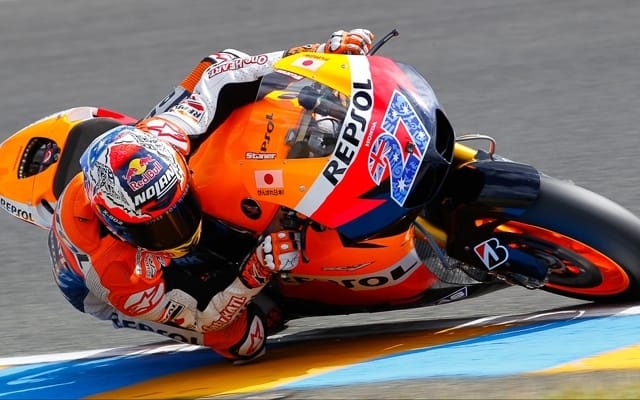 Current MotoGP points leader Casey Stoner is the subject of Red Bull’s latest video from their 1000 fps series. It’s a slow motion sequence depicting the exciting riding style that has garnered the Australian the championship in 2007 and the most MotoGP victories in the 800 cc era — four so far this season. Watch him drag his elbow through a left-hander and be amazed.

Stoner will be fighting to maintain his 2011 championship lead this Sunday, July 17, at Sachsenring in Germany.