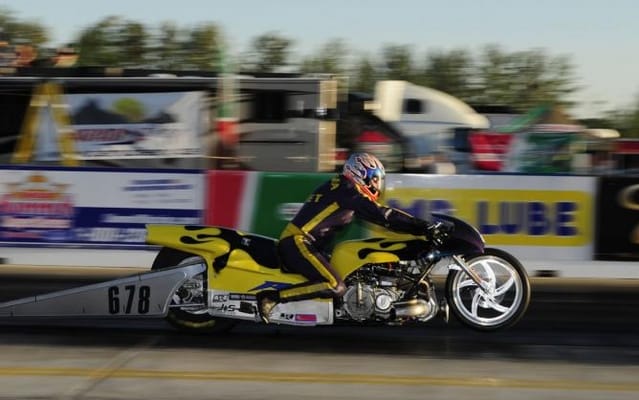 Castrol Raceway owners Rob Reeves and Ron Hodgson, in partnership with Wakefield Canada Inc., have announced plans to add a 2.7 km road course to their racing facility located outside of Edmonton, Alberta.

The current raceway boasts a ¼ Mile IHRA sanctioned drag strip, a 3/8 mile clay oval, and a 10 acre pro motocross track, and if all goes according to plan, say the owners, the new road course will be built in three phases and fully completed within three years.  Construction of the track’s first 1.4 km loop is already underway with a goal to being operational by the end of this summer.

“With the commitment of Wakefield Canada (Castrol’s Canadian parent company) to remain the title sponsor and partner of the race track, it seemed like the ideal time to build,” said Reeves, claiming that a road course has been in the works on the Castrol Raceway property since it was first started 20 years ago.

Though there’s no mention in the company’s announcement of the new circuit hosting motorcycle races or track days, let’s hope so, because with the rumoured closure of Calgary’s Race City Motorsport Park, the next closest track to Castrol Raceway’s new road course may soon be the one located in Mission, B.C.

According to Reeves, “Castrol Raceway will rival the best motorsports facilities in North America, bringing back the same excitement that was felt with the Edmonton International Speedway.”