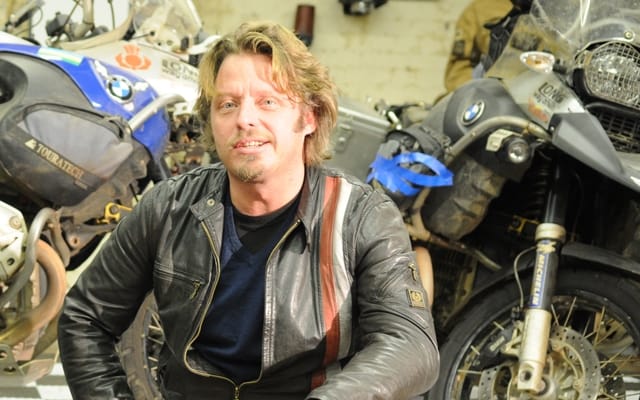 Charley Boorman, best known for riding around the world with actor buddy Ewan McGregor on a pair of BMW R1150GS Adventure bikes in the television series Long Way Round, is now about to cross Canada (sans McGregor) for a new reality TV show called Extreme Frontiers Canada. Boorman and his support crew begin their journey today in Newfoundland and will wind it up later this summer in British Columbia.

According to the show’s Facebook page, “On this expedition Charley will be visiting the provinces and territories of Canada, and taking part in 20 amazing adventures. From sailing through icebergs in St. John’s Newfoundland, to exploring Al Capone’s Prohibition tunnels in Moosejaw, Saskatchewan, Charley will fill his days with the extreme, the challenging, the very of best adventure travel.”

The show is set to air on Channel 5 in England in early 2012. No word on a Canadian broadcast yet, but we imagine you’ll be able to watch on TV here at some point. If not, there’s sure to be a dvd, a book, and a bit torrent download.