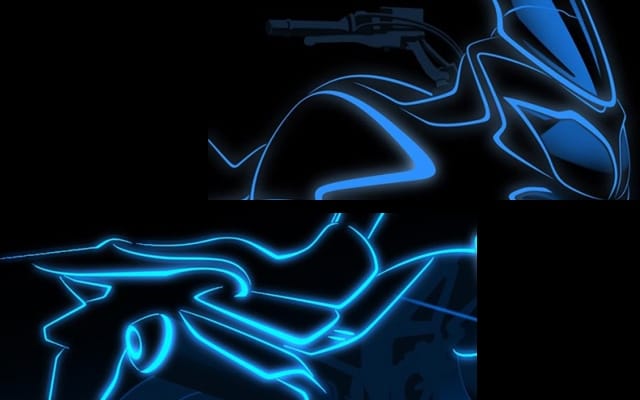 Last week Suzuki sent out an invitation to the European press for an unnamed launch event stating the Japanese manufacturer would be releasing a new middleweight model by the end of June. Speculation was that the new machine would be an updated version of the DL650 V-Strom. This week, Suzuki’s US and Canadian websites are sporting teaser images with the awkward caption, “Middle-class New Motorcycle Coming soon.” It seems then that the new model will be released worldwide. And while the teaser’s glowing neon blue design sketches are certainly evocative of a rejigged V-Strom, as rumoured, still at question is whether the new adventure tourer will have a larger engine, somewhere in the 800 cc range, to better compete with Triumph’s Tiger 800 and BMW’s F800GS. Word is we’ll find out Saturday. Stay tuned.