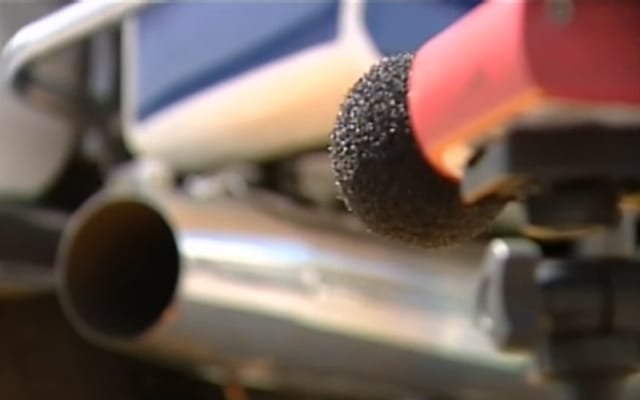 Now that summer is almost here, Edmonton’s motorcycle noise bylaw, first enacted last year, is once again in the news. Police are about to begin their second enforcement campaign in the city and continue to face fierce criticism from riders who feel they are being unfairly singled out. Opponents to the campaign say the bylaw should be applied to all vehicles, not just motorcycles.

Edmonton’s police force has trained an additional ten officers for motorcycle noise testing this year, bringing the total number of testers on the force to 36. Last year they issued 115 tickets for motorcycle noise infractions, and while there is no information on how many of those charges were challenged in court, it’s known that 18 cases were dismissed. Stuart Young had two tickets dismissed after arguing that the methods police used to test his bike were unscientific. Young and his supporters had hoped his “precedent setting” case would render Edmonton’s motorcycle bylaw toothless, but police say they’re not backing down on enforcement or changing their testing procedure.

Eric Theuser of the Edmonton Police Service told CTV news, “The science is solid, and we’ve had lots of oversight from our experts and the science is there”.