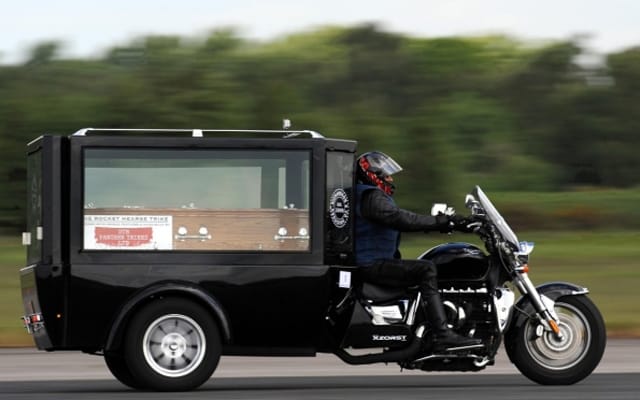 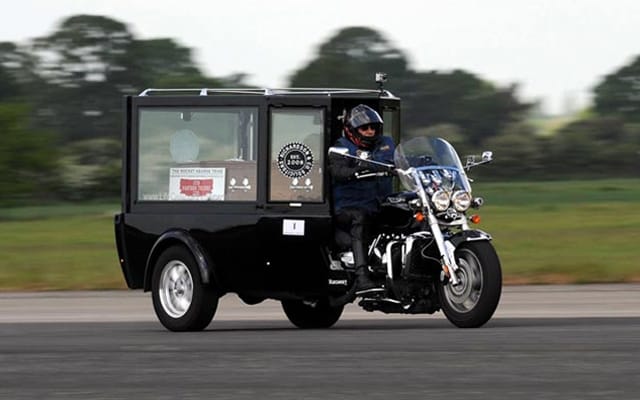 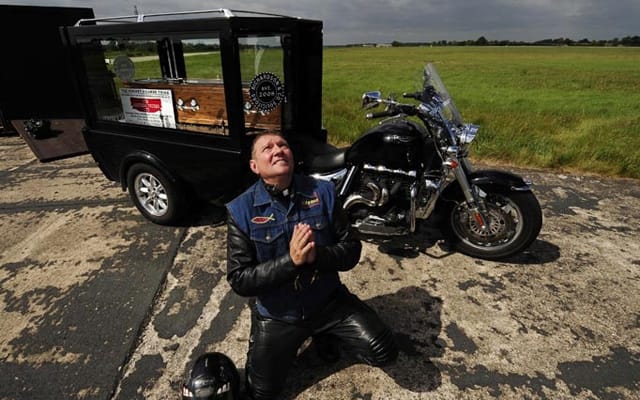 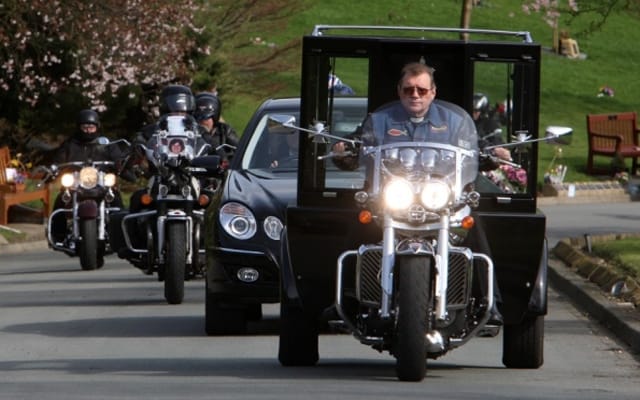 Reverend Ray Biddiss, a vicar from Yorkshire, England who calls himself “heaven’s angel,” rode his custom motorcycle hearse to a new Guinness world record today by reaching a top speed on an airport runway of 114mph (183 km/h). An avid motorcyclist for over 40 years, Biddiss normally only uses his three-wheel hearse, The Rocket, for funeral services, and makes it available to all funeral directors, but he wanted to showcase his creation so that UK motorcyclists would know that they have the option of not taking their final ride in a car.

“Many people who are or have been bikers agree that a motorcycle hearse is the only way to travel for your final journey,” said the vicar.

Previously Reverend Biddiss ran a trike and trailer hearse setup, but for his current iteration he had a local custom shop create a fully integrated hearse trike by merging a 2008 Triumph Rocket III with a coffin carrier.

“I wanted to create the most powerful of all coffin carriers – a vehicle that maintains the integrity of a motorcycle, appeals to the most passionate of bikers and brings a credible alternative to the traditional four-wheeled hearse or other motorcycle hearse outfits,”said the reverend.