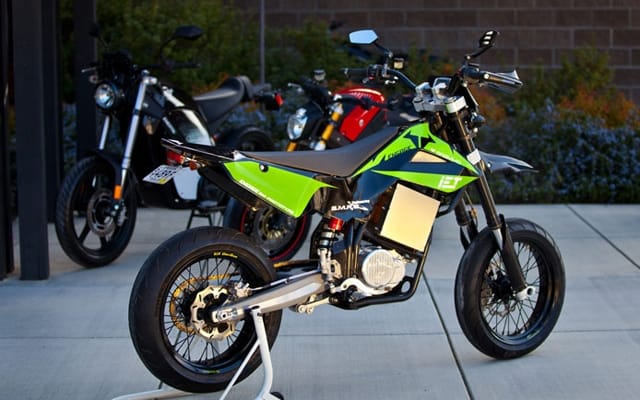 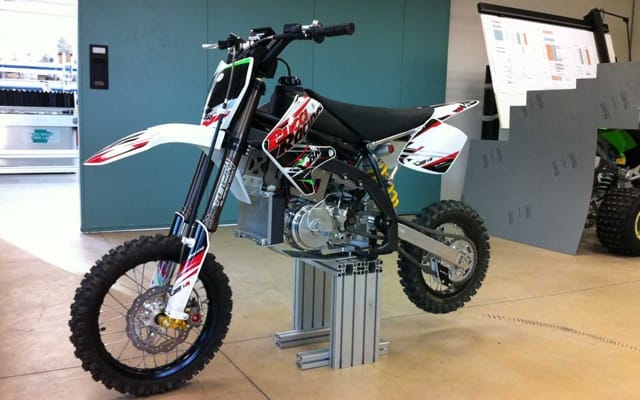 Brammo has announced four new models featuring a new 6-speed Integrated Electric Transmission (IET). The IET is a mechatronic propulsion unit, developed by Italian firm S.M.R.E. Engineering, that emulates the feeling and performance of a traditional internal combustion engine with a specially developed electric motor, clutch and gear shift, that Brammo says, enables their motorcycles to accelerate hard from the line up to a high top speed, something not possible with a single ratio electric motorcycle.

“Electric motorcycle design has always been a bit of a balancing act in direct drive systems where great acceleration performance comes at the expense of low top-end speed,” said Brammo’s Director of Product Development Brian Wismann.

The first application of the new IET will be on the Brammo’s new Engage and Encite models which will be unveiled prior to a MiniMotoSX race on Friday, May 6 in Las Vegas, where two of the new machines will also be competing. The Engage comes in three versions: the off-road MX with an anticipated price of $9,995, the super moto racing SMR, also anticipated to be $9,995, and the SMS, a street oriented super moto with a projected $11,995 price tag (all figures USD). Brammo’s Encite MMX PRO, an all-new mini dirt bike, has no price announced as of yet. Full specs on the new e-bikes have yet to be released, but in terms of a price comparison, the new Brammos are more expensive than similar offerings from Zero; then again, the Zero machines don’t have the IET technology.

Brammo’s announcement also says that they’ll be expanding their North American dealership network over the next 90 days. We’re waiting to hear back from Brammo on whether that expansion includes a move into Canada and will keep you posted.