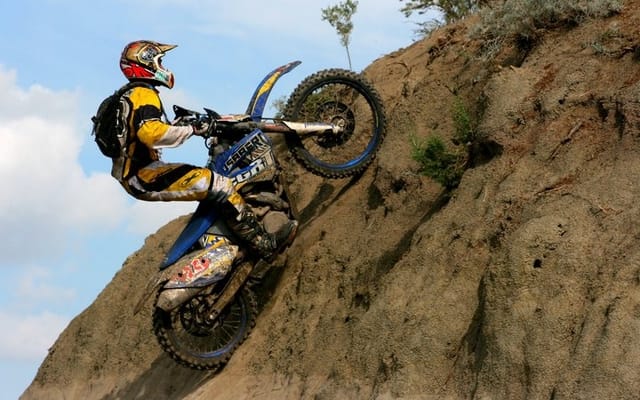 After an inaugural event last year that saw Canadian endurocross ace Cory Graffunder edge out American Kyle Redmond for the biggest chunk of a $5,000 purse, XTINCTION, North America’s only ‘Extreme Hard Enduro’ competition, will once again come to life on August 7th in the ‘Badlands’ of Alberta. Organizers have secured sponsorship from Red Bull Energy Drink this time around, and hope to attract racers from around the world. There’ll also be a CMRC sanctioned Harescramble held the day prior to the main event allowing enthusiasts a taste of the ‘Badlands’, without facing the threat of  XTINCTION!

Further details can be found at www.xtinction.ca