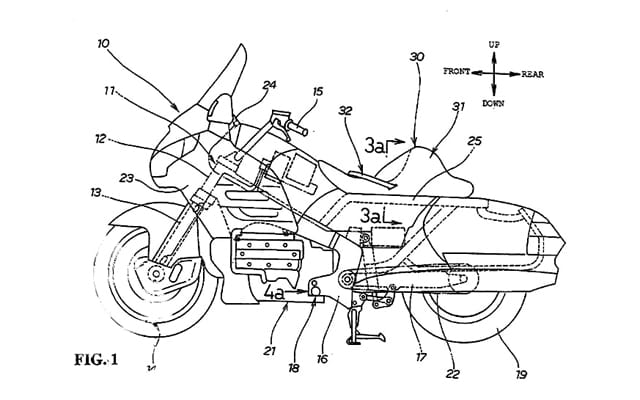 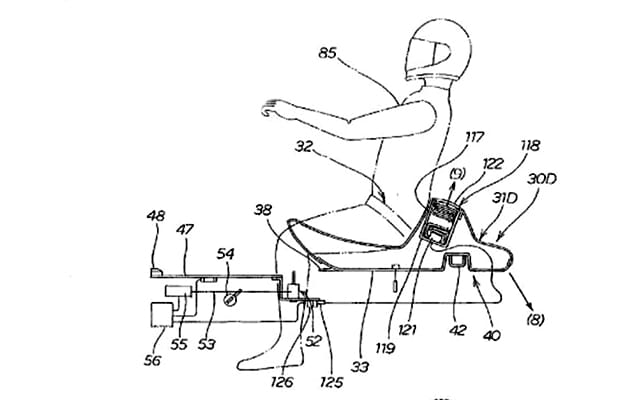 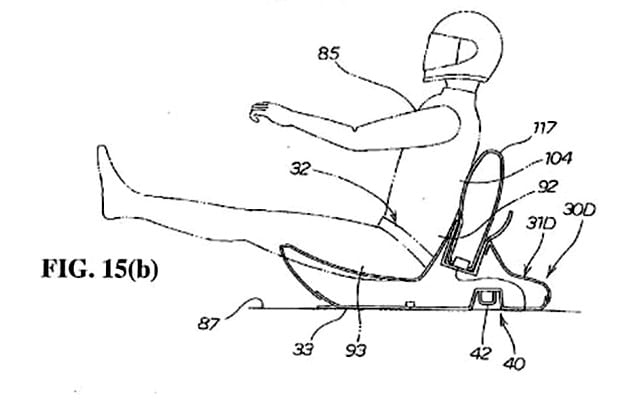 The folks at visordown.com have discovered a Honda patent application for a motorcycle seat belt system. And it’s not an early April Fools joke, they say.

The seat belt is designed to work in conjunction with an airbag system, such as the one available on the Goldwing, to hold the rider in place during an accident and ensure the airbag can do its job. Recognizing that it’s often better to be away from the bike during a crash than attached to it, Honda’s proposed seatbelt system includes an automatic ejector seat function. Once onboard computer sensors determine the bike is past the point of no return, the seat releases, a backrest airbag inflates, and the rider, still strapped in, goes luging down the road.

We really hope this isn’t some kind of hoax, because, above and beyond the safety benefits this idea might bring, we’re really looking forward to seeing some of Honda’s development test videos of the ejector seat in action.