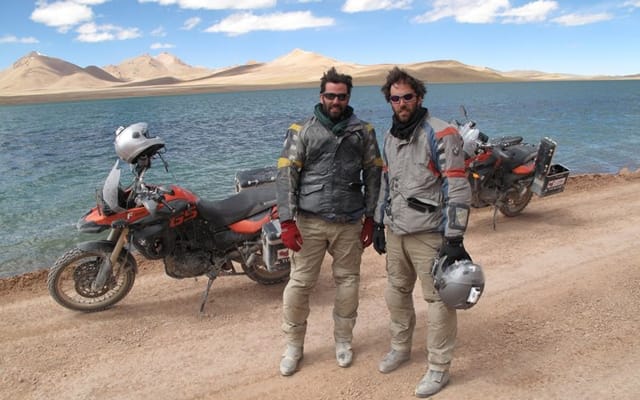 Canadian brothers Colin and Ryan Pyle have been awarded a Guinness World Record for a 16,240 km motorcycle journey they undertook around China last year — a trip we told you about in October, shortly after the brothers had circumnavigated China in 65 days riding a  pair of BMW F800GS motorcycles. Their record, according to Guinness, is for the longest continuous journey by motorcycle within a single country: 16,240 km (10,091.05 miles).

“It’s an honor to be recognized by the GWR for what was 65 of the most exhilarating, exhausting, and rewarding, days of my life. We have taken our BMW motorcycles through the toughest terrain in the world, and we’re alive to tell the story,” exclaimed Ryan Pyle on receiving news of the Guinness certification.

Colin and Ryan have entitled their China expedition The Middle Kingdom Ride and say a documentary (a videographer went along for the ride as well) and a “tell all” book are forthcoming. Meanwhile, Ryan Pyle will be will be speaking publicly for the first time about the adventure on April 15, at the University of Toronto’s Innis Town Hall. He’ll be showing photos and video clips from the trip as well. Full details here.