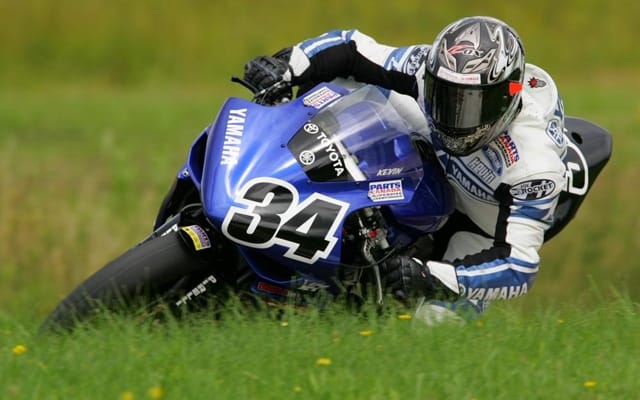 Yamaha Back in Canadian Superbike for 2011

Frontline CSBK Inc., organizer of Canada’s national motorcycle road racing series, has announced that, after a one-year absence from Canadian Superbike, Yamaha Motor Canada will return as a series sponsor, allowing its YZF-R6 and YZF-R1 models to once again respectively run in the sportbike and superbike classes. All 2010 Yamaha machines were banned from competition last year, after Yamaha Motor Canada announced its withdrawal from the series in late 2009.

“We are very pleased to make this announcement and looking forward to welcoming Yamaha back into our ranks,” said Frontline CSBK’s Kevin Graham. “Competitors want to race these motorcycles and the loyal blue fans want to see them on the grid. This is a win-win situation, and we are looking forward to a great season of competitive racing in all classes on a national level.”

“Yamaha are thrilled to be back road racing in Canada,” confirmed Tim Kennedy, Marketing Manager of Yamaha Motor Canada. “We felt that after a short absence, it was time to come back and be part of a series that we strongly believe in. We know that the CSBK series is headed for great things, and we want to not only support, but be an active part of it.”

Yamaha won back to back Canadian Superbike titles in 2003-2004 with rider Pascale Picotte. Francis Martin was victorious the following year on a Suzuki, and since then it’s been all Jordan Szoke, who won the championship  four years running with Kawasaki and then last season on his own Waznie Racing Team Honda CBR1000RR. Szoke, as we reported in February, is back on a Kawasaki ZX-10R this season, under the Competition Systems banner, while Honda, like Yamaha last year, have chosen not to participate in 2011 — though they will continue running the CBR125R Challenge. BMW, with riders Brett McCormick and Mike Ferreira, are now the only factory squad in the Canadian Superbike series. Everyone else this year will be privateers with varying (little to no) degrees of manufacturer support.

The first round of the series take place at circuit Icar in Quebec May 27-29.