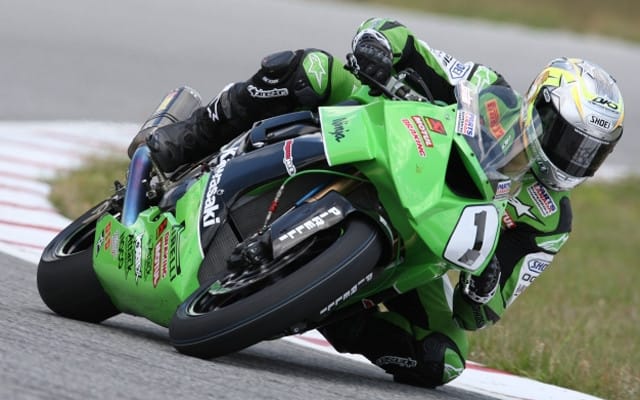 CSBK: Szoke Back to Kawasaki for 2011

Szoke was let go by Kawasaki at the end of 2009, after winning four consecutive titles on a green machine, and last year rode Hondas under his own Waznie Racing banner  to win both the 2010 Sportbike and Superbike titles. He had a perfect season in the Superbike category, with seven race wins from seven starts—a feat no other rider has ever accomplished in the 30-year history of the Canadian Superbike championship.

Competiton Systems team owner Mike Crompton, who was Szoke’s crew chief during during the rider’s previous Kawasaki stint, said he is happy to be working again with the Canadian Superbike record holder.

“Jordan and I both have a strong passion for racing. This is what drives us to win. The realities of the recession that hit the power sports industry in 2009 made it difficult to build the race team that we enjoyed in previous years. However, the close relationships formed within our team during the winning of 8 consecutive championships have allowed us to reunite for a new challenge in 2011,” said Crompton.

The rest of the 2011 CSBK grid is still very much up in the air. The only other officially declared entrants thus far are BMW’s Mike Ferreira and Brett McCormick.