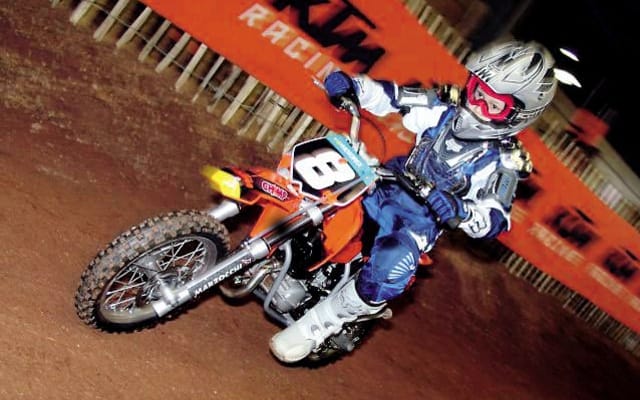 In an attempt to reverse an imminent ban on the sale of children’s motorcycles and ATVs in the U.S., House Representative Denny Rehberg (R-Mont.) has introduced the Kids Just Want to Ride Act. The new act would exempt kids’ off-highway vehicles (OHVs) from the Consumer Product Safety Improvement Act (CPSIA) of 2008, a piece of legislation created in reaction to toys and other products made in China containing known harmful levels of lead. The current wording of CPSIA effectively bans the sale of kid-sized motorcycles and ATVs beginning May 1, due to the trace amounts of lead found in parts such as batteries and brake calipers.

Because of uncertainty surrounding the CPSIA,  many U.S. dealers are already no longer selling kid-sized OHVs, says the American Motorcycle Association (AMA).

“This is the most promising and viable legislative remedy available to permanently exclude kid-sized motorcycles and ATVs from the deleterious and unintended consequences of the CPSIA,” said AMA senior vice president for government relations Ed Moreland.

No information yet on when Congress will vote on the exemption legislation.