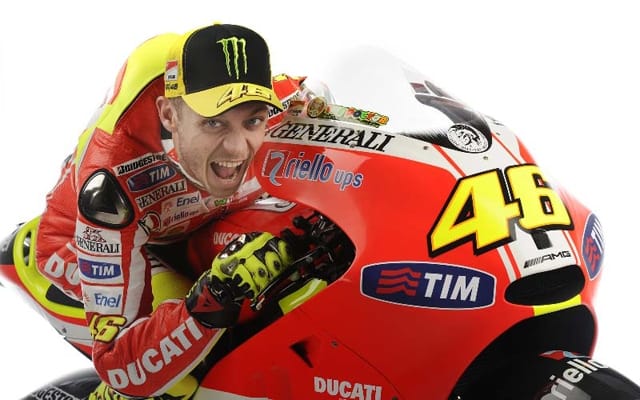 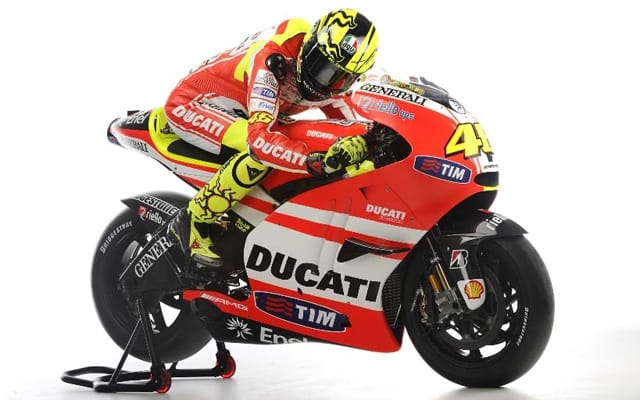 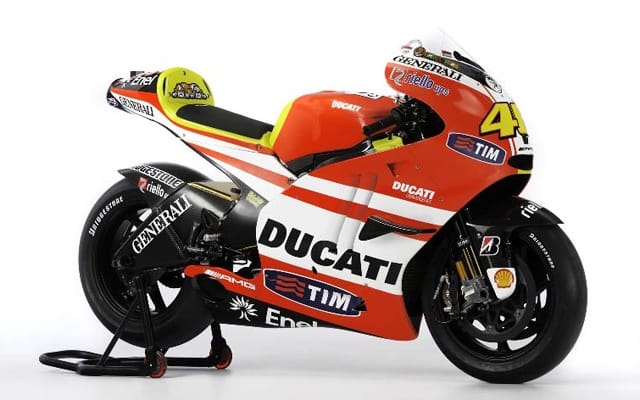 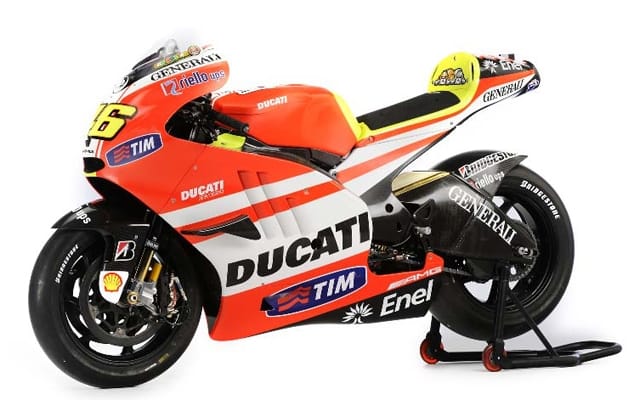 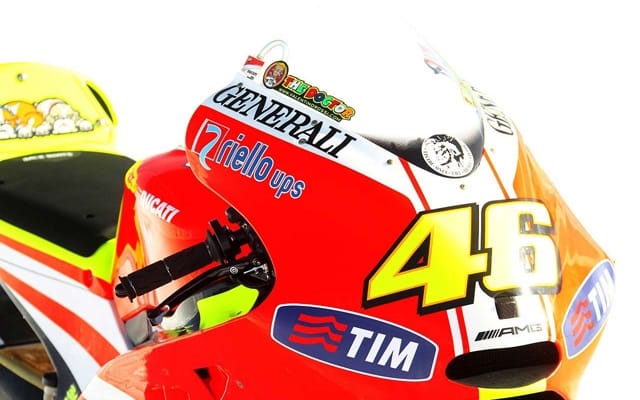 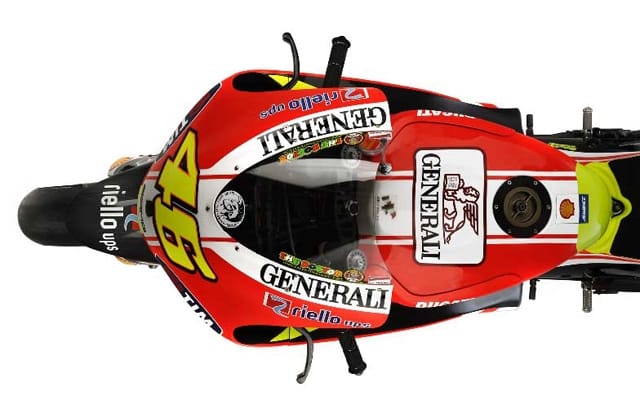 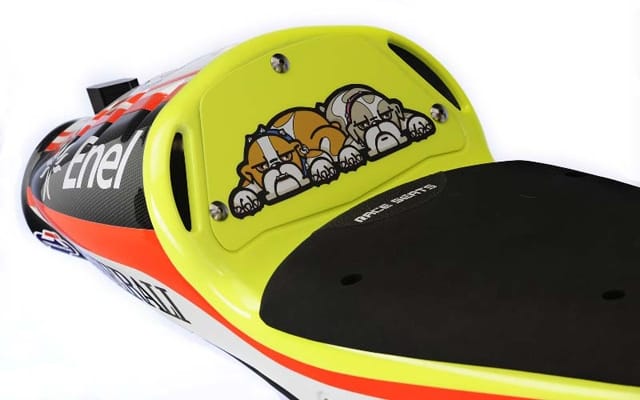 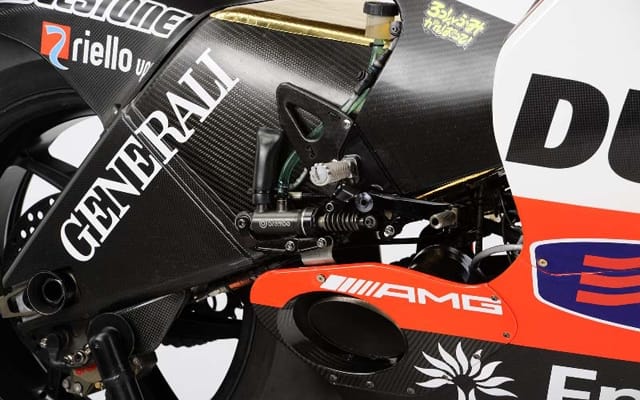 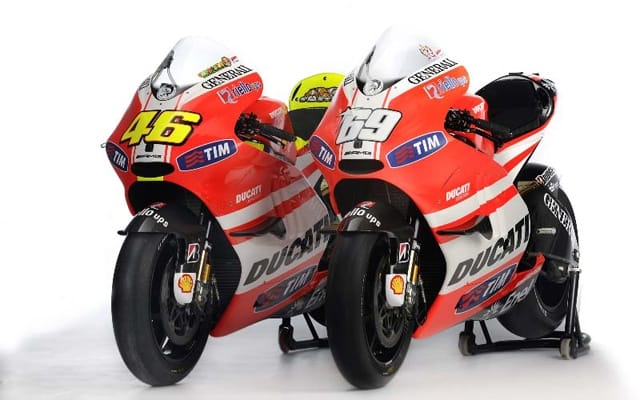 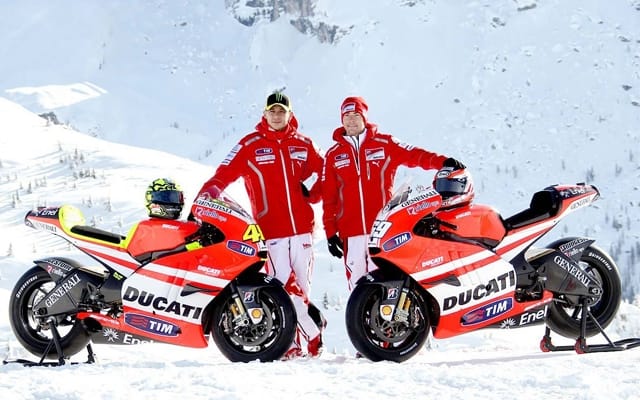 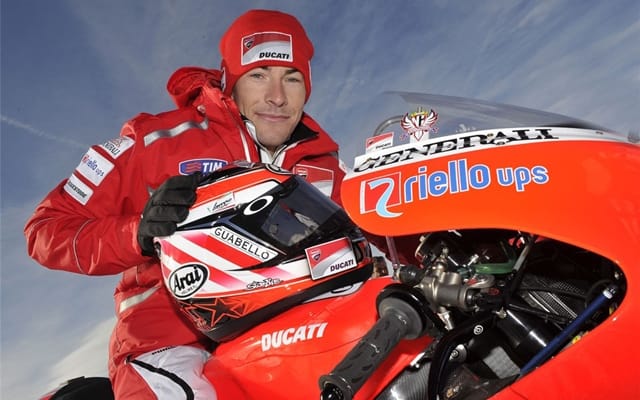 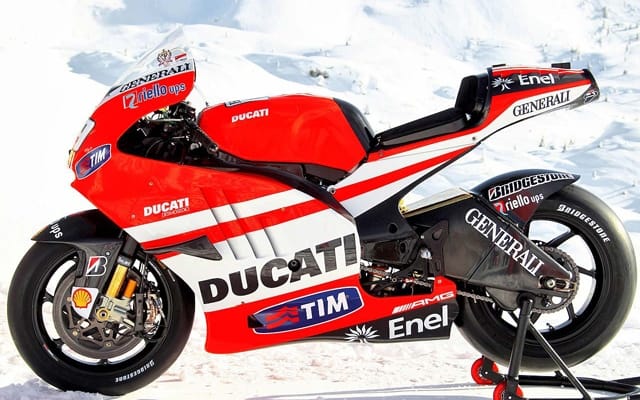 As promised, Ducati unveiled their livery for the factory Desmosedici GP11 of Valentino Rossi and Nicky Hayden today. The focus is of course on Rossi’s bike. How could it not be with the addition of the retina burning yellow accents that have become part of the seven-time GP champion’s identity and, as we first saw yesterday, are also integrated into his new racing suit colour scheme. At least it will now be much easier to tell the 2 Ducati riders apart during races.

Colours aside, the GP11 retains the winglets added last year to the GP10 and features shark gill air vents. The big changes are to the motor, says Ducati. According to team boss Filippo Preziosi the GP11’s engine has been redesigned to “achieve a more favourable, flatter torque”.

Rossi and Hayden are scheduled to test the Desmosedici GP11 at Sepang from February 1-3.