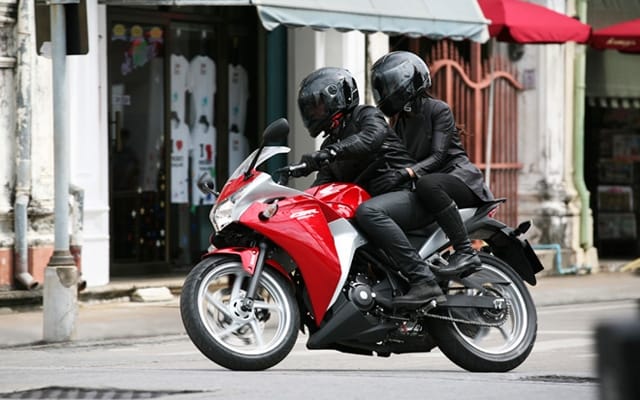 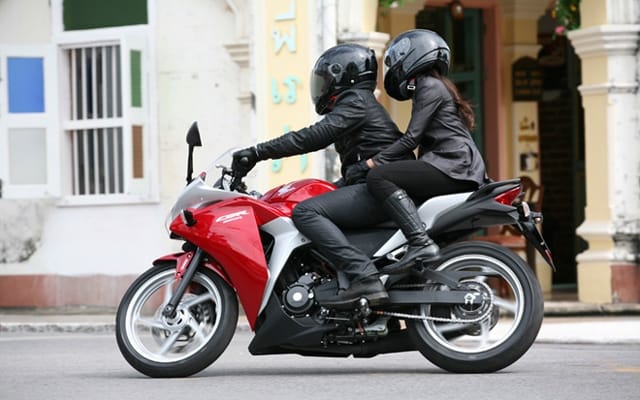 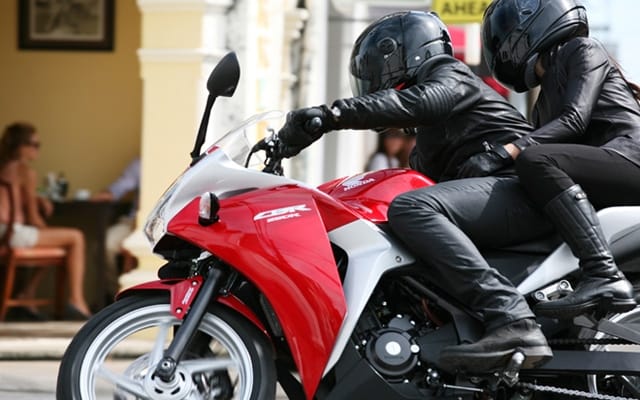 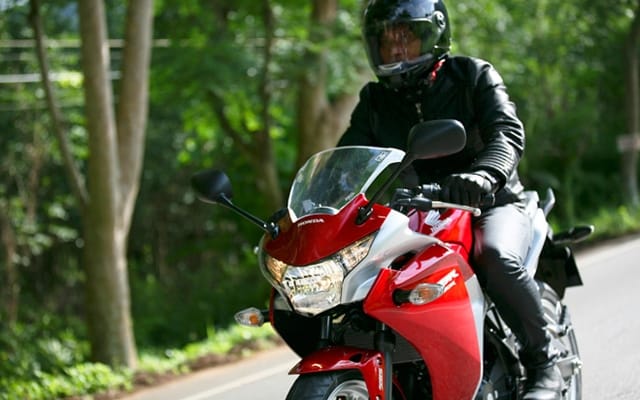 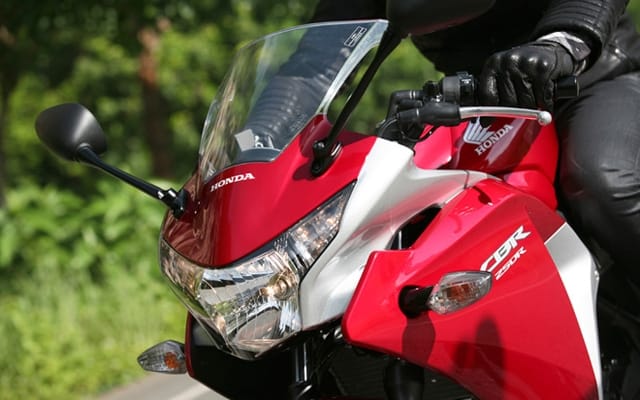 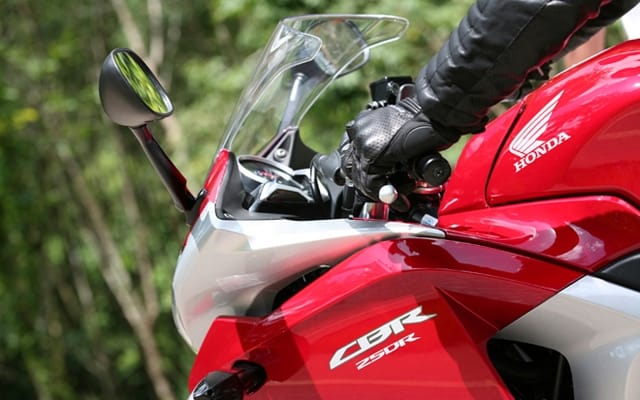 For those who haven’t had a chance yet to view the all-new CBR250R in the flesh at one of the motorcycle shows across the country, Honda has released some action shots of their highly anticipated lightweight to tide you over until it reaches showroom floors in the spring. We’re not so sure that the pictures tell us any more than we already know about the bike—other than the fact that it will apparently accommodate a featherweight pilot and passenger—but we have to say that its VFR1200 derived styling is surprisingly attractive. The new VFR has been roundly criticized for its looks, but CC’s Insider columnist Michael Uhlarik feels its design works much better for the smaller single-cylinder CBR250R. He also rode the CBR250R at a recent press launch, so stay tuned for his upcoming review.