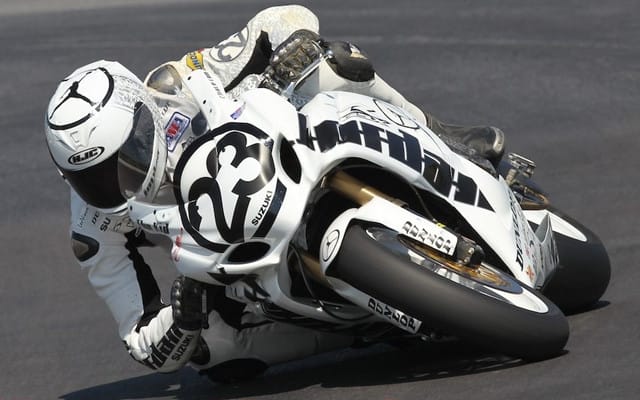 Brett McCormick, the Saskatoon teenager who piloted a Michael Jordan Motorsports Suzuki GSX R-1000 in AMA Superbike last season, has signed to ride for BMW in the 2011 Parts Canada Superbike Championship. McCormick was runner-up in the 2009 Canadian superbike series, winning 4 of 7 races and setting lap records at every track—records which continue to stand today. He’ll be suiting up alongside Michael Ferreira who finished fifth in his rookie superbike season last year. Two-time national champion Francis Martin is no longer with the team.

“Adding a huge talent such as Brett to our superbike team is a great coup,” says BMW Motorrad Canada Director Norm Wells. “Brett is well liked and respected in the racing world and his track record speaks for itself. He will be a tremendous asset to our team.”

In an interview for Cycle Canada’s upcoming February issue cover story, McCormick told us he was in talks with Canadian Kawasaki as well but chose BMW because of their enthusiasm for racing and for BMW Motorrad Canada’s close affiliation with international superbike teams. Because there’s always a chance a famous racer will suffer a career threatening injury and a seat might open up, as it did for McCormick last year.