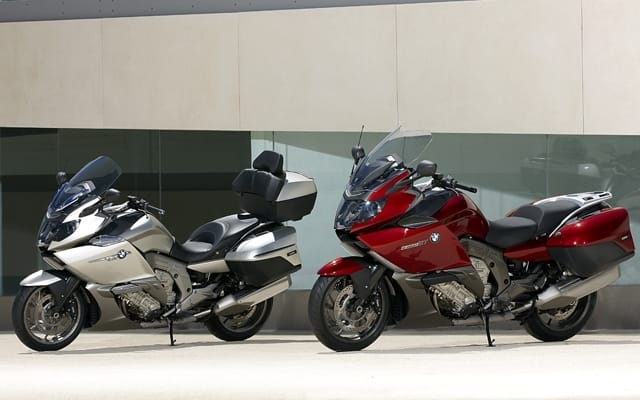 BMW has released a video (below) of it’s all-new top of the line tourers, the K1600GT and GTL. There’s no annoying voice over or music, just some decent action and detail shots and clear audio letting you hear the timbre of the bikes’ 160bhp, 129ftlb six-cylinder 1649cc engine. We suggest turning your computer’s volume up to 11 though because the luxury tourers are so quiet you might think BMW had gone electric. The K1600GT and GTL will be available in spring 2011 for $24,100 and $27,225 respectively.