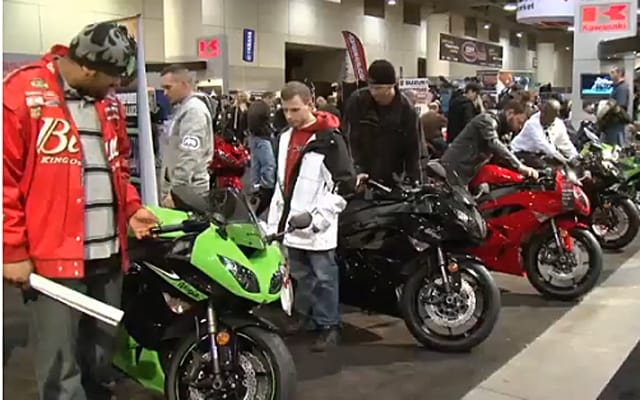 Billed as as the Canadian motorcycle and ATV industries’ premier motorcycle, scooter and ATV showcase, the Toronto Motorcycle Show has announced a slate of new-for-2011 bikes you’ll be able to check out this coming weekend at the Metro Toronto Convention Centre.

The show kicks off this Friday December 10 and runs until the Sunday. As well as having the opportunity to view new models, visitors can take advantage of year-end deals on bikes, parts and gear from dealers anxious to make room for 2011 stock. Women get in free Friday evening during She Rides Nite, an industry-sponsored evening for women who ride or are considering taking up the sport, and kids get a free chance to learn how to ride on Yamaha TT-R off-road motorcycles through a program run by Yamaha Canada and Canadian Motorcycle Training Services. There’s lots more to see and do. Check out www.torontomotorcycleshow.ca for full details.

Of course Cycle Canada will also be there. Be sure to come by our booth for a chat with our editor Neil Graham.