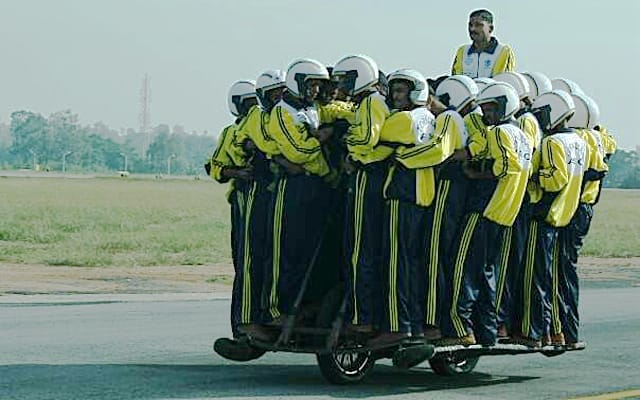 A helmetless family of four aboard a small displacement motorcycle or scooter is a relatively common site in many developing nations, but a crack motorcycle riding squad of the Indian Army Service Corps has now taken that activity to new heights. The Tornadoes, as the army team calls itself, broke the world record for the maximum number of people on a single motorcycle, after 54 of its members rode 1100 metres on a Royal Enfield Bullet 500 in Bangalore. Check the video below to see how they achieved the Guinness World Book feat.