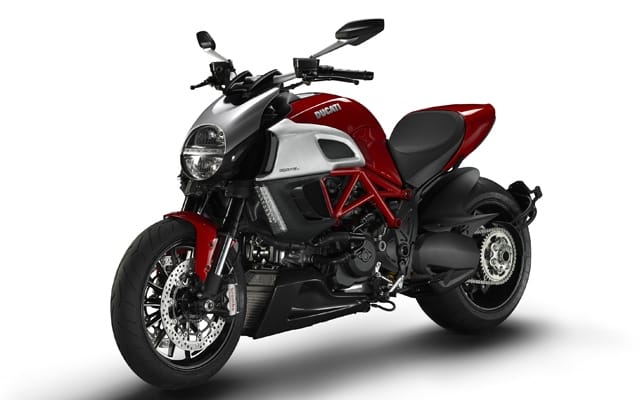 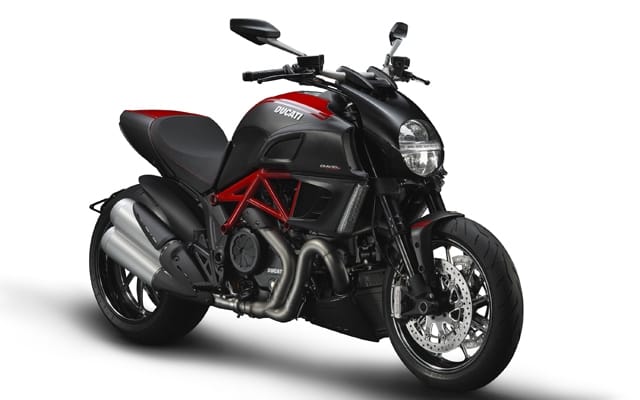 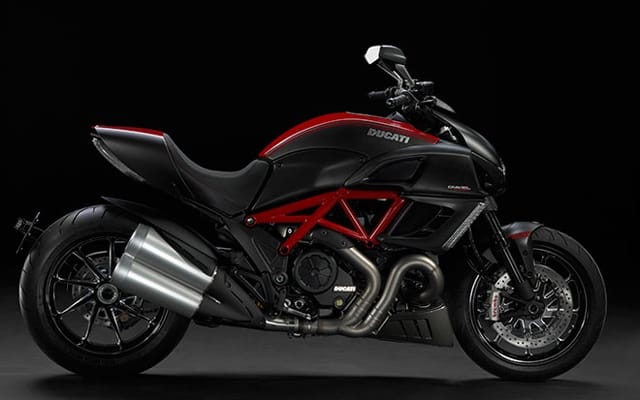 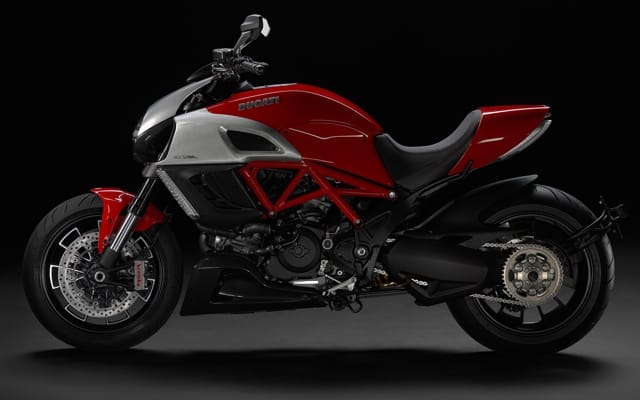 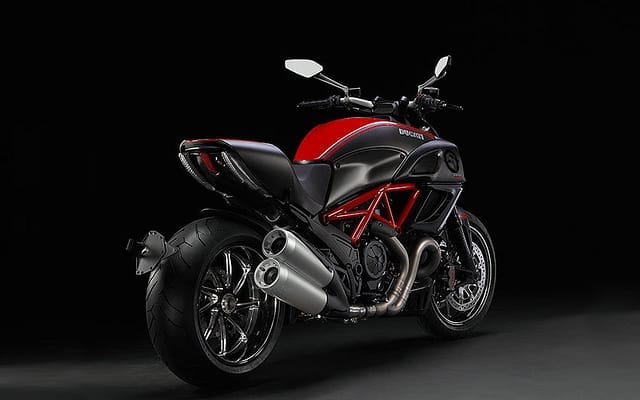 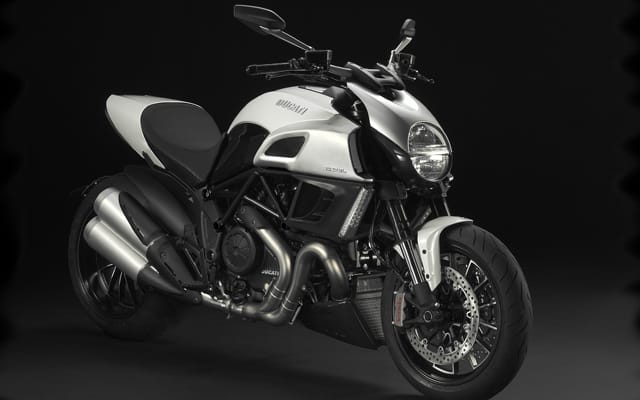 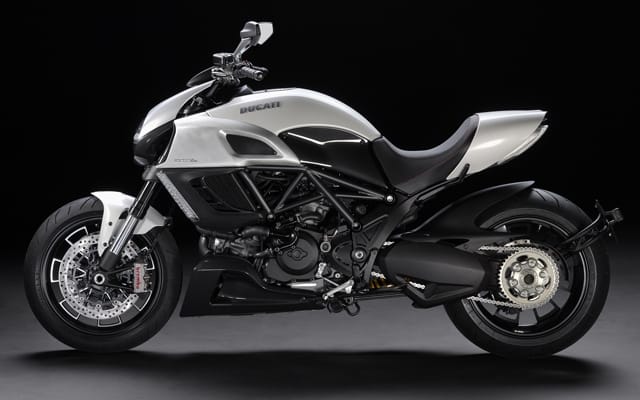 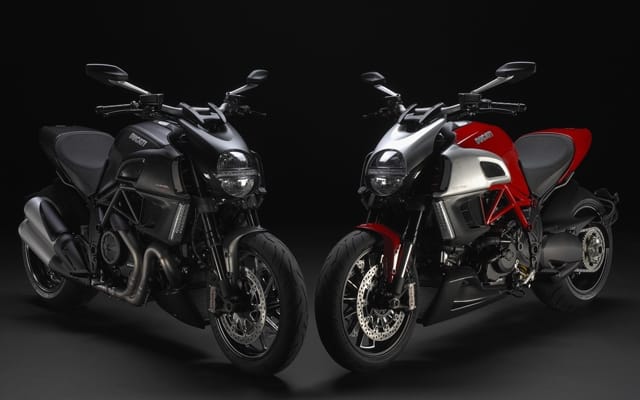 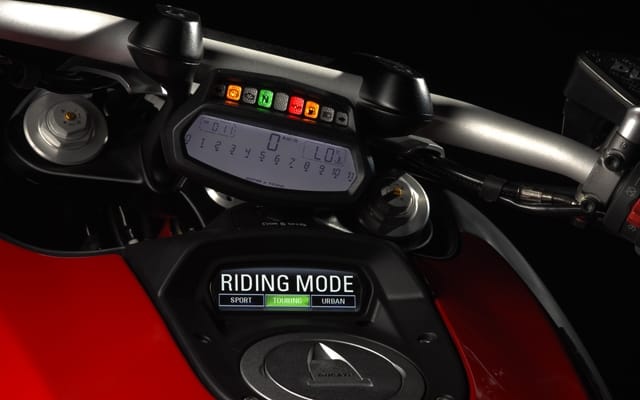 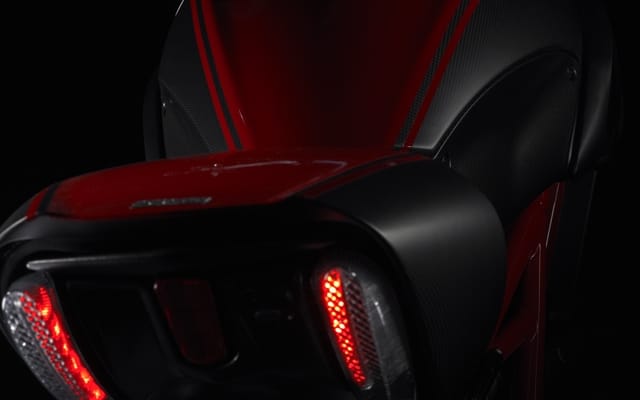 Ducati has now released full photos and specs on the Diavel, their heretofore much spy photo documented muscle cruiser. Weighing in at a surprisingly light (for its class) 210kg/463lbs (dry) the Diavel is powered, as we know, by the same ferocious 1198 cc Testastretta 11° V-twin engine that propels the Multistrada 1200. But the mill has been retuned here for even more power, now producing a claimed 162 hp, up 12 from the Multistrada, and peak torque of 94 lb-ft.

Suspension is provided by a fully adjustable 50mm Marzocchi fork up front, while a single Sachs shock, also fully adjustable, is mounted horizontally at the rear. Brakes are Brembo Monoblock mated with 320mm front discs, and ABS is standard.

While a conventional 120/70-17 Pirelli tire is mounted on the  3.7×17” front wheel, Ducati says it collaborated with the tire maker to create a special sport-profile 240×45-17 tire for the super wide 8×17” rear rim.  They claim the tire’s dual compound composition—hard center for maximum upright mileage and gummy sides for cornering grip—along with the specially designed profile mean you can have a wide load rear without giving up handling.

The Diavel also comes with many of electronic features we’ve become accustomed to seeing on Ducati’s recent sport machines, including ride-by-wire throttle control, 8 level Ducati traction control (DTC), and, as on the Multistrada, selectable ride modes (No Enduro setting here though, just Sport, Touring and Urban).

The Diavel will be available in red or white for $18,995 or for an added $2,000 you can purchase the Diavel Carbon, a lighter carbon fibre trimmed version with Marchesini forged wheels, finished in black or red.