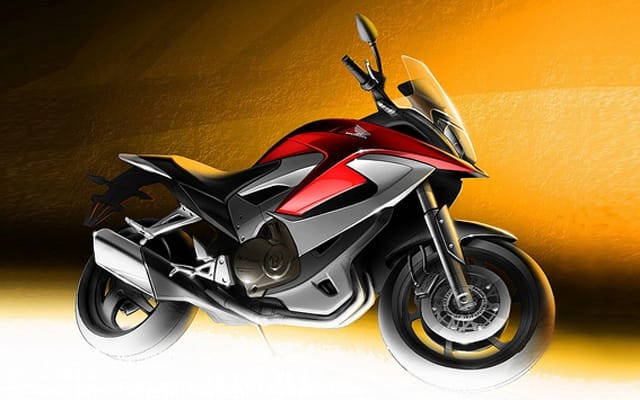 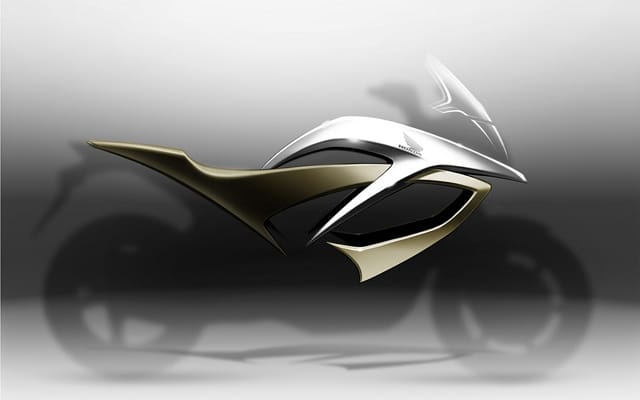 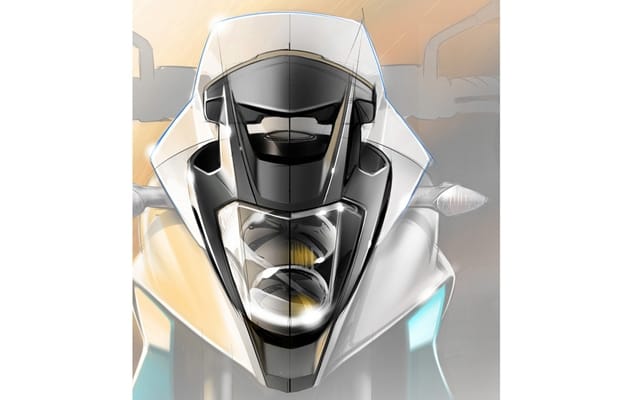 Over the past few weeks Honda has been releasing sketches of a new bike that it says, “will have the flexibility and exciting attitude of a naked performance machine, with the upright riding position and rugged appearance of an adventure bike.” Some are calling it the V4 crossover or V4X, others the V4 adventure sportsbike, and still others the VFR 800X. We haven’t posted the sketches until this third and final one arrived, because, well, because they didn’t really tell us much. Nor does the latest one really—other than the fact that it looks like a VFR1200 that has grown a Multistrada-like beak indicating some sort of adventure tourer DNA—but at least it’s vibrant and fully rendered. Speculation is that the new Honda will use a smaller, 800cc version of the VFR1200’s engine and have traction control and engine mapping. It is expected to be unveiled in production form at EICMA next week along with a 1200 cc  concept touring machine.

We’ll bring you more details then.