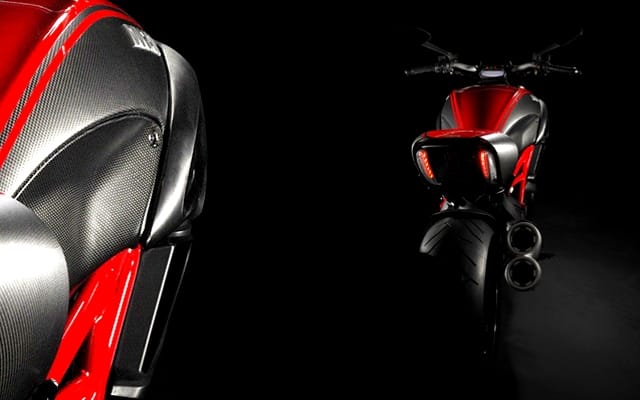 Ducati Diavel to Debut at EICMA

Ducati has announced it will unveil its new much speculated about muscle cruiser, the Diavel, at the 2010 EICMA show in Milan, Italy, Nov. 2-7. In anticipation of the event, the Italian manufacturer has released the first official photo of its newest machine along with a few details.

Weighing in at 207kg (dry), the Diavel is powered by the same superbike-derived Testastretta 11° engine as the Multistrada 1200, and equipped with ABS, traction control and switchable riding modes. If you’re wondering about the name, it’s the Bolognese dialect word for “devil” and pronounced Dee-ah-vel. According to Ducati, when the prototype was wheeled out in front of a group of Bolognese Ducati engineers and technicians for the first time, one of them exclaimed, “Ignurànt comm’ al diavel!” “Evil like the devil!” Let’s hope that’s a good thing.