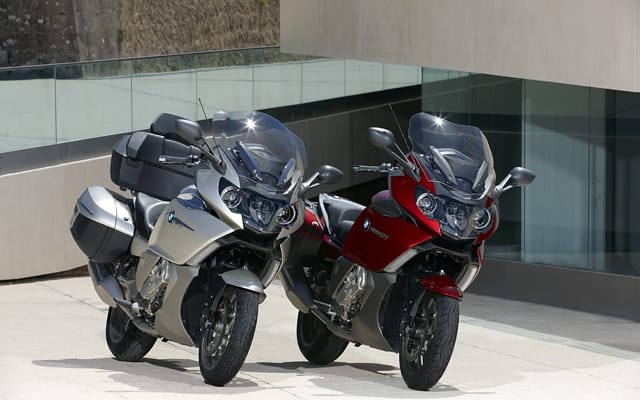 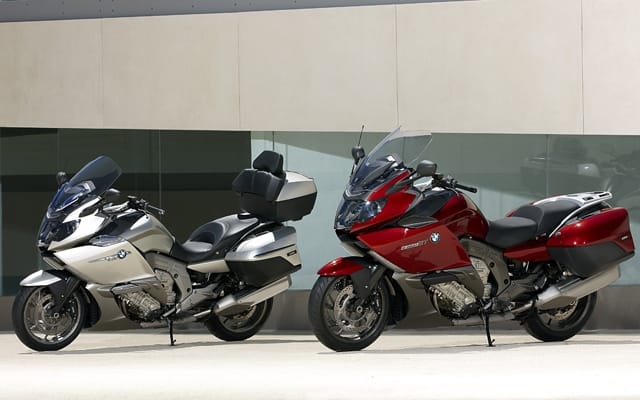 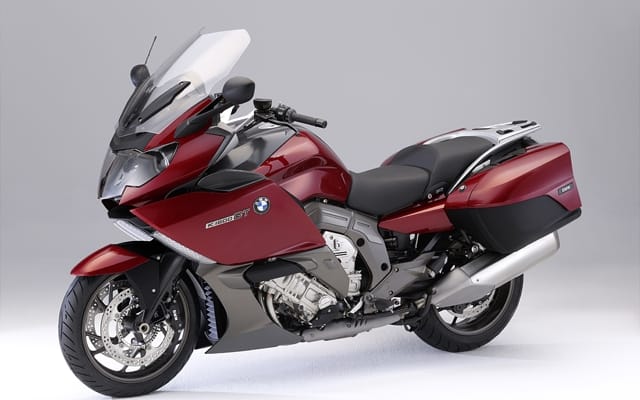 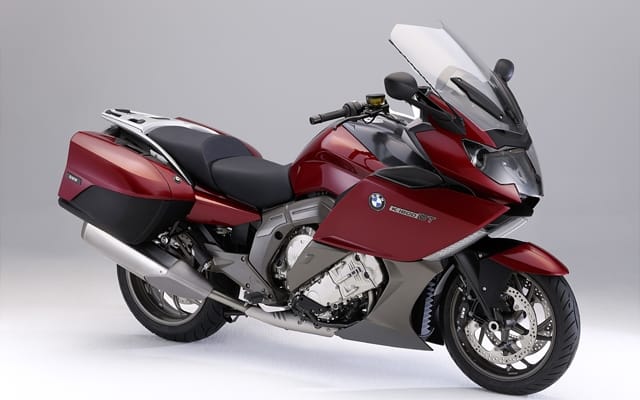 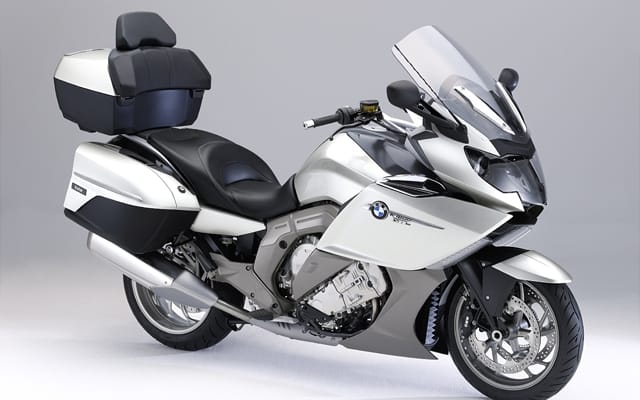 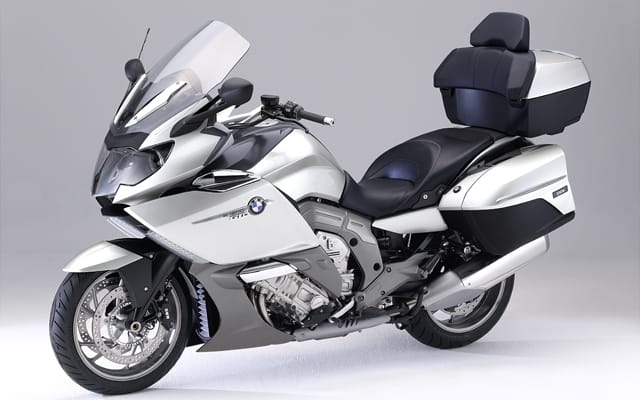 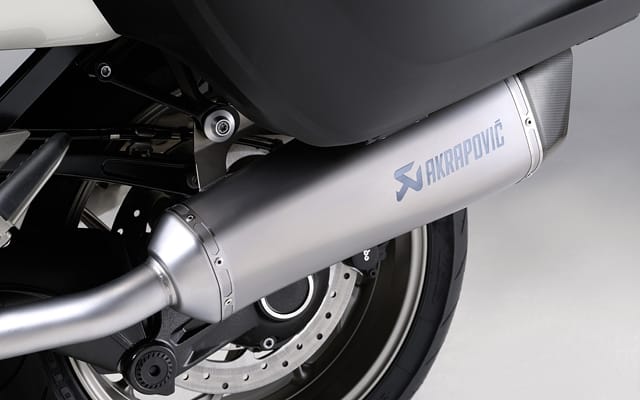 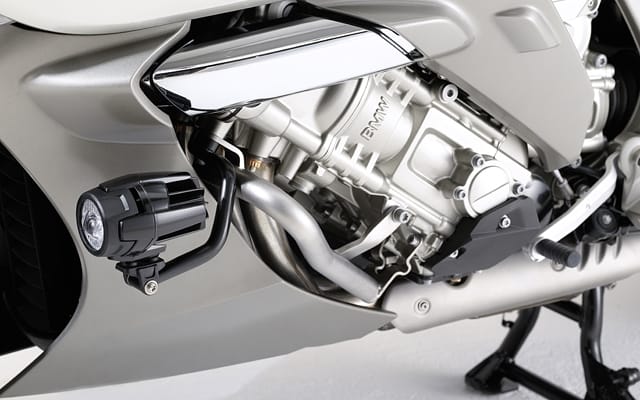 BMW has officially unveiled their all new 6-cylinder K1600 GT and K1600 GTL touring machines at Intermot. Details on the beemer heavyweights were released back in July, but official photos have just now been released. Both machines are powered by an all-new in-line six cylnder engine claiming 160hp. The 102kg tranversely-mounted motor produces 129ft-lbs torque, with over 70% of it available from just 1,500 rpm, according to BMW.

The new touring machines also feature ride by wire throttle and a choice of three power/riding modes: “Rain”, “Road” and “Dynamic”, adjustable by a bar-mounted controller. A top box and an audio system with MP3, USB, Bluetooth, satellite radio and GPS interface comes standard on the K 1600 GTL, which also has a wider windscreen and plusher seating than its GT sibling.

Calling it a “world premiere in motorcycles,” BMW is offering their all new adaptive headlight system, designed for increased night riding safety, as an option on the new tourers. Working in conjunction with the standard xenon light, the adaptive system uses a movable module and mirror, controlled by front and rear axle sensors, to provide constant optimal area lighting, no matter the motorcycle’s pitch.

Canadian arrival and pricing are on the 2011 BMW K1600 GT and GTL are TBD. Stay tuned for more details.