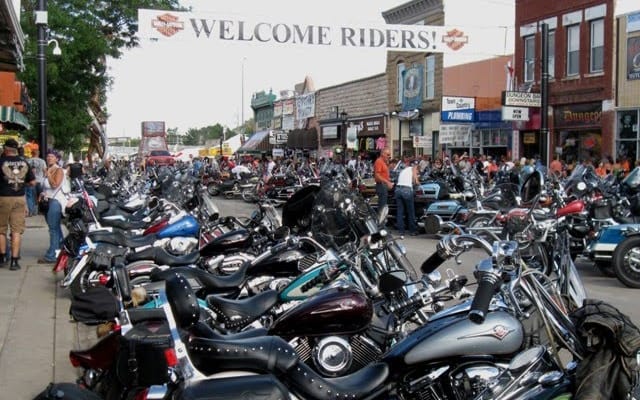 Ray Sasserville and his business partner Steve Hammer have a plan to fill the streets of Salmon Arm, BC with motorcycle enthusiasts next July. They’re planning a 4 day event called the Sturgis North motorcycle rally and music festival, based of course on the popular 70-year-old Sturgis motorcycle rally in South Dakota. In trying to convince Salmon Arm’s town council to give his proposed event a noise bylaw extension, Sasserville said he’s found that those who attend Sturgis tend to be cash laden consumers in the over 35 demographic. He figures he can lure at least 10,000 of them, from as far away as Germany and Japan, to empty their wallets on Salmon Arm’s streets next summer. In response to council’s concerns of certain undesirables attending, Sasserville proposed implementing the same no patch bylaw that generally keeps outlaw bikers away from the US rally.

Though Sasserville claims to have already booked the local fairgrounds for the inaugural event next summer, Salmon Arm Fall Fair Society chair Phil Wright told the local newspaper that nothing has been booked yet and that things are in very preliminary stages.