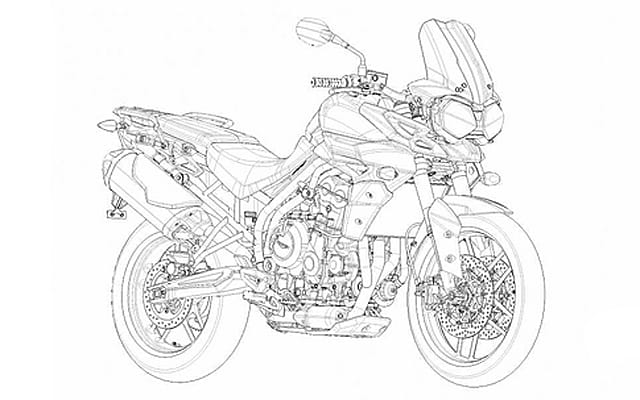 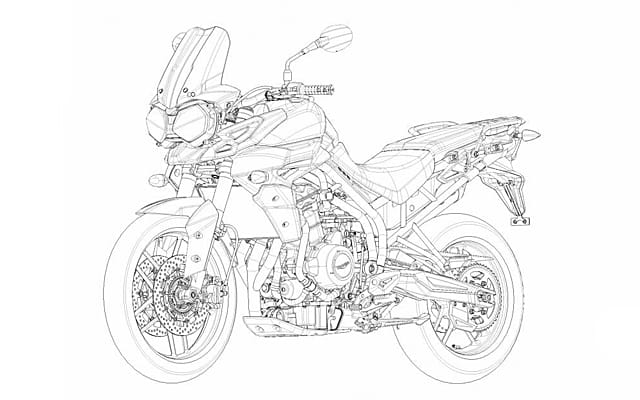 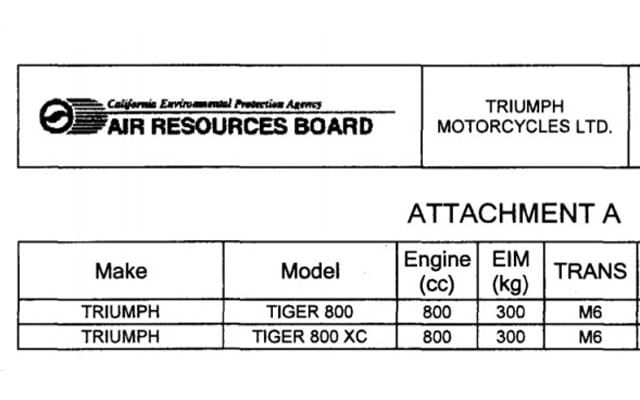 Triumph’s new adventure bike, the one they’ve been slowly leaking, has had its official name exposed by a California Air Resources Board (CARB) filing (UK website Visordown.com dug it up). From it we now know that the road biased model will be called the Tiger 800 and its 21-inch-wheeled trailie sibling the Tiger 800 XC.

A quick look at the document might lead you to think the new machines weigh in at a portly 300kg, but that bloated figure is actually an Equivalent Inertia Mass calculation, derived using the rotating mass of the wheels and crank added to the mass of non-rotating components. Extrapolating from CARB’s EIM figures for Triumph’s Daytona 675 (270kg) and Speed Triple (330kg) we figure the Tiger 800 sits in between their respective wet weights of 185kg and 217kg, putting it at around 200kg ready to ride and on par with the 207kg (wet) weight of its biggest rival the BMW F800GS.

According to the details that Triumph has given so far, the Tiger 800 engine is a longer stroked 675 derived mill designed for increased low end torque at the expense of high-end power. The Daytona 675 claims 124hp and a torque rating of 53lb/ft, so speculation is that the Tiger 800 will add another 10lb/ft to that number and reduce power to around 100hp. If Triumph has indeed accomplished something in that range with their new triple, they’ll have outdone the  85hp, 62lb/ft figures of the F800GS’s parallel twin.

Of course we’ll have to wait until the Tiger 800s are unveiled at EICMA in November to find out what the actual specs are, so until then here’s another of Triumph’s teaser videos (below) to tide you over.