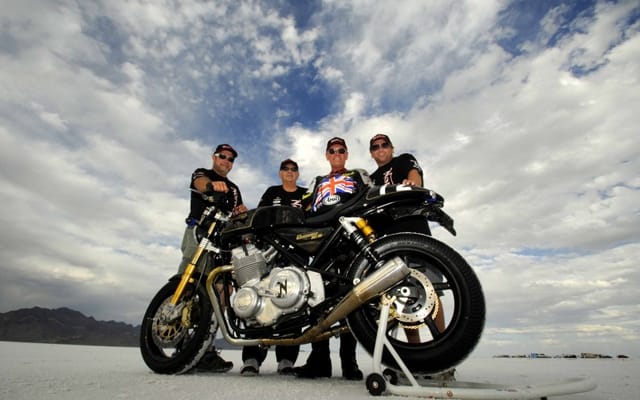 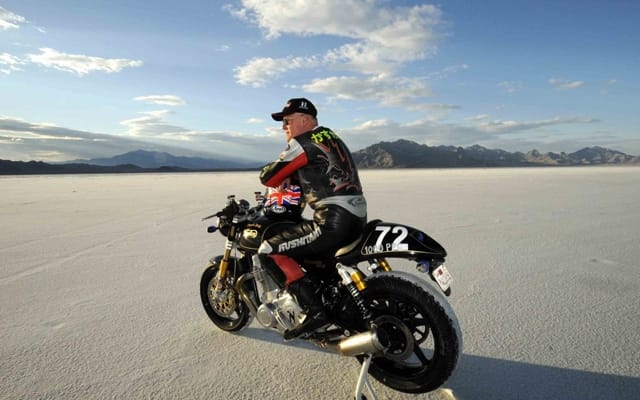 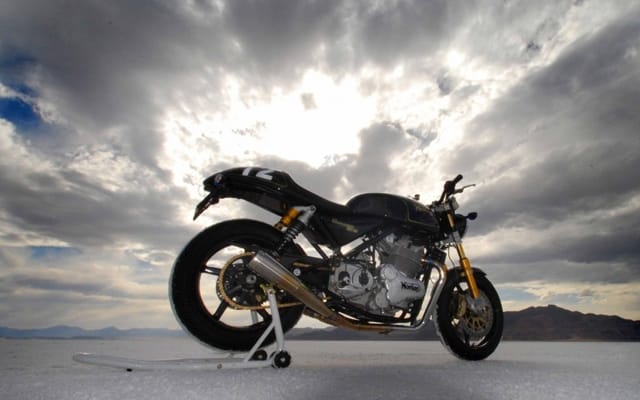 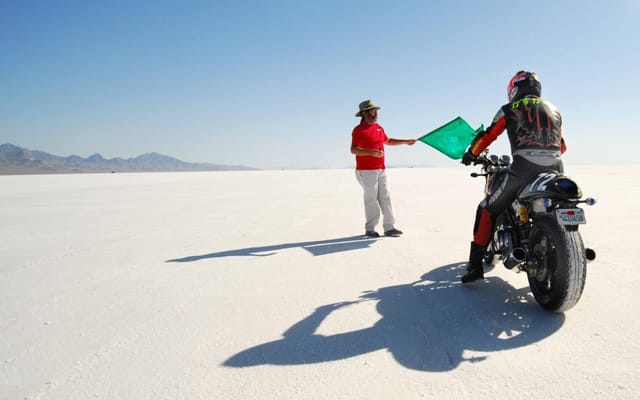 A Norton Commando 961SE claimed the land speed record in the 1000cc Production Push-rod class this past Monday at the Bonneville Salt Falts in Utah, USA.  Alan Cathcart rode the Commando to an average top speed of 129.191mph (207.913kph), shattering the previous record of 126.398mph (203.418kph) achieved on a Buell last year.

Carthcart, who piloted a Triumph Thruxton and a Bonneville  to a total of 5 records at the legendary salt flats in 2009, said, “It’s nice to put Norton back in the record books for the first time in so many years. The fact we did it on a box stock bike exactly as delivered to any Norton customer makes it all the sweeter”.

The BUB Trials happen each year on the Utah Salt Flats. You can ‘Run whatcha brung’ and watch contenders trying to break world land speed records. Cathcart and crew are at Bonneville for the rest of the week with their official Norton entry, attempting record breaking runs in as many classes as possible.