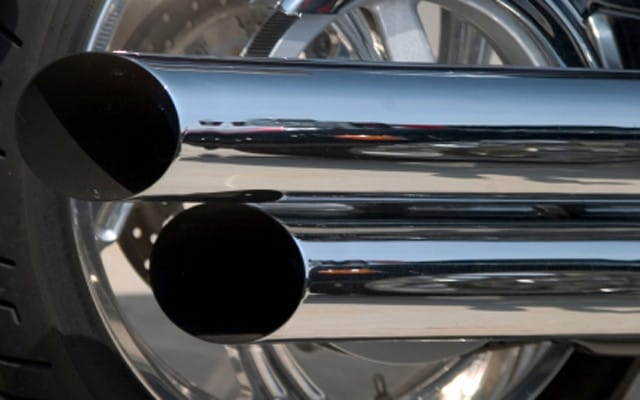 “Bikers are very angry. They feel like I’m targeting them unfairly and they need this extra noise for safety reasons,” said Pringle in a recent interview.

Many loud pipe proponents have called Pringle to simply tell him to back off, but others have been more sinister, he claims.

“I would love to meet you in a back lane and you wouldn’t come out,” said one caller, according to Pringle.

Pringle says though that residents complaints about ear-splitting noise made by modified motorcycles as they blast through city streets far outnumber the threats to his well being. Even so, Pringle feels the threats have escalated to the point that he’s spoken to the police and a lawyer about keeping detailed records of the calls.

Pringle is not alone in his crusade against loud pipes. Bob Ramsay, president of the Motorcycle and Moped Industry Council of Canada (MMIC) says his organization has spent more than three years developing noise standards for bikes because of an escalating number of complaints.The council has determined that if a motorcycle is idling, its exhaust should be no louder than about 92 decibels. As the bike revs higher, it shouldn’t make noise greater than 96 decibels. Ramsay says that an objective standard for noise will make it easier for municipalities to draft bylaws putting limits on the louder machines. And the MMIC has received calls from municipalities and police forces from across the country interested in implementing such bylaws.

The city of Edmonton has been issuing tickets for motorcycles louder than the MMIC’s prescribed limits since July 1. Police use specialized devices to measure the sound levels of noisy bikes. First-time offenders are charged $250. Staff Sgt. Bill Horne, of the Edmonton police traffic section, said angry residents had been calling for years to complain about the racket made by motorcycles riding through Edmonton’s core and along the city’s popular bar strip, Whyte Avenue. Since July 1 Horne says he’s received positive feedback from people living in the area, proving the crackdown has been effective.