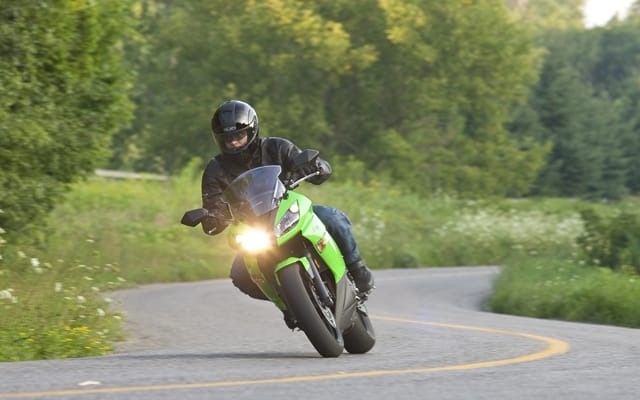 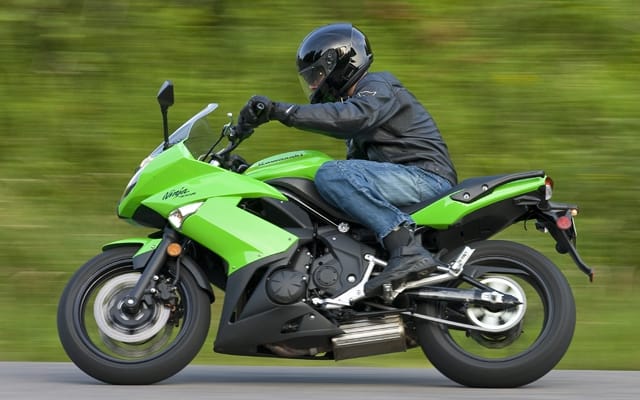 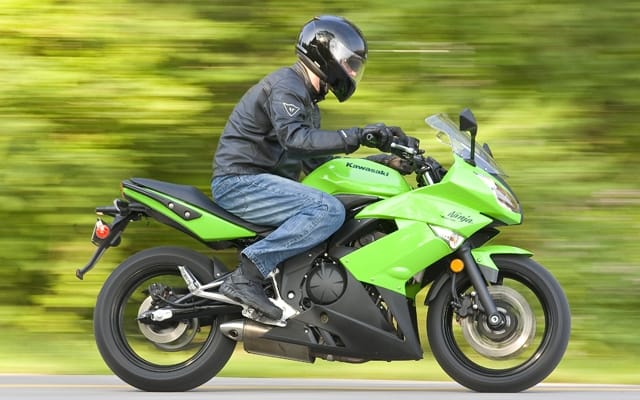 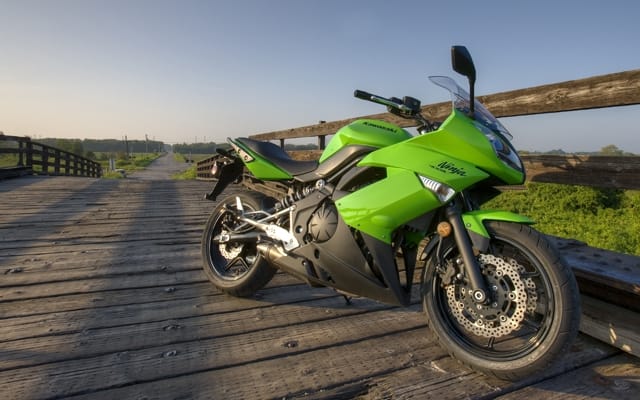 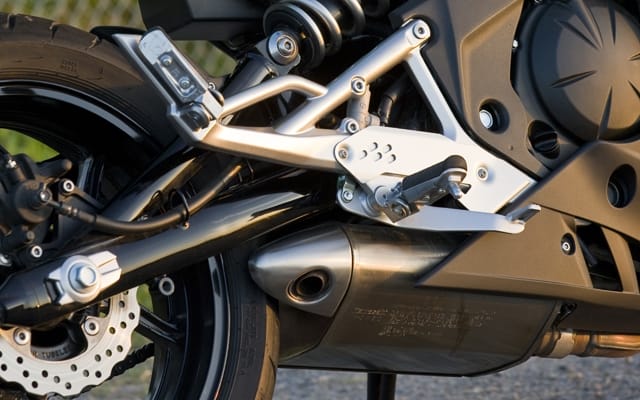 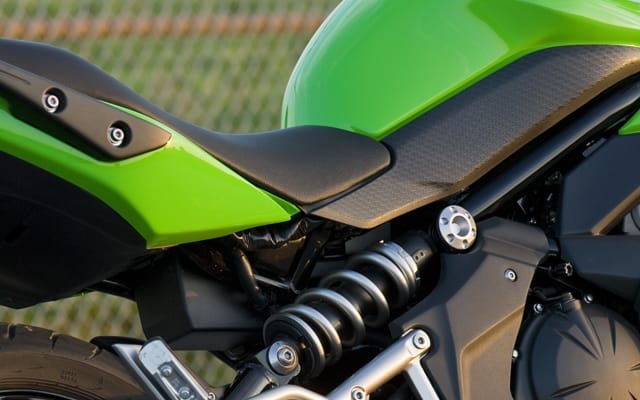 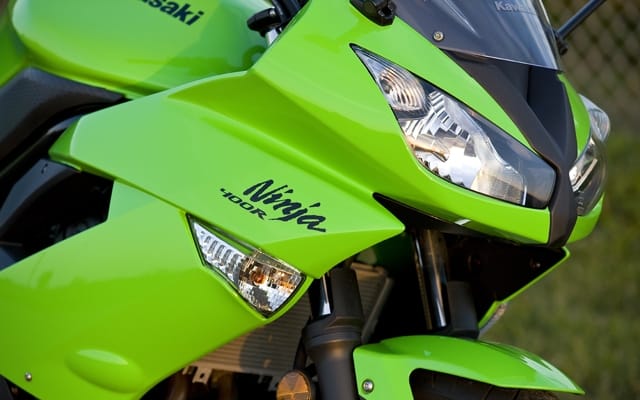 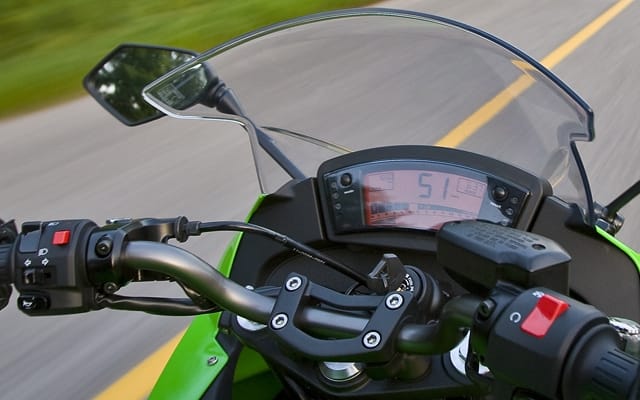 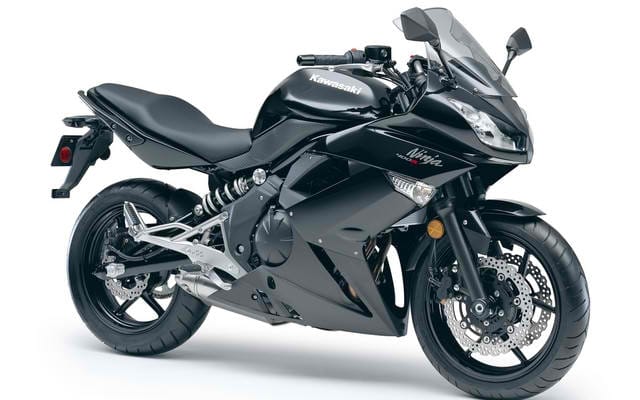 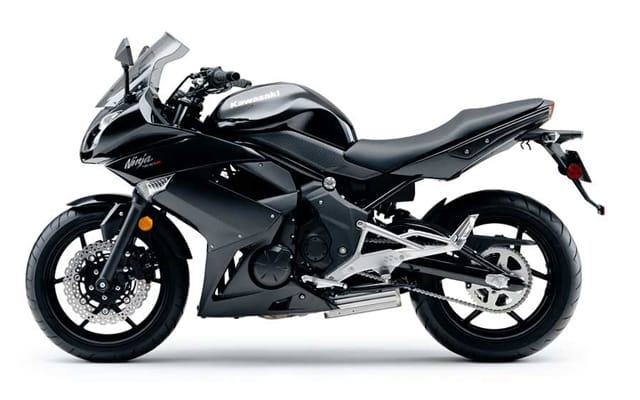 It’s an idea that’s been gone for so long it seems exotic. The mid-size 400 cc motorcycle makes a stunning comeback.

I sweep along the on ramp, pull in behind a tanker truck, signal, check my shoulder, and hit the fast lane at 130 km/h. And then it hits me. I’m on a 400 cc motorcycle.

First the Honda’s CBR125R came along and then Kawasaki’s Ninja 250 followed—but what has been lacking is the intermediate step between little bikes and full-size motorcycles. With the Ninja 400R, the ladder is complete.

When someone seeks my opinion on how to learn to ride, I tell them—especially if they are slight—to buy a Honda 125 or a Ninja 250. It is when Ninja 250 and CBR125R riders have asked me where to go next that I’ve stumbled in my reply—but with the Ninja 400 I finally have an answer.

Leaving Kawasaki’s parking lot and accelerating up the street, by 45 km/h I am already in sixth gear. Unlike the CBR125R, which doesn’t really have a powerband, and the Ninja 250, which needs to have its neck twisted to find the hidden powerband way up in its rev range, the Ninja 400R has usable torque from 4,000 rpm and accelerates briskly. Approaching the on-ramp for the highway, I am apprehensive about the oh-so-low gearing. It seems like it will take 12,000 rpm to get to a good clip.

Here is where the engine reveals itself as a little gem. I accelerate to 7,000 rpm and look down to see 120 km/h on the digital speedometer (which has a useful fuel gauge, two trip meters, a clock, and a bar-graph tachometer awkward to read at speed). What is surprising is the engine’s smoothness. Its little 399 cc fuel-injected balancer-shaft-equipped parallel twin has a 180-degree crankshaft, and at legal (or nearly legal) speeds, only slight vibration comes through the rubber-mounted handlebar and footpegs. (Rubber damping is also employed on the upper rear engine mount.) As the throttle is twisted farther, what happens next is a real surprise. The bike jumps to 140 km/h and what little vibration there was is gone.

Considering that it is intended as a general-use street bike, the 400’s suspension settings favour compliance over firmness. More taut underpinnings would certainly aid cornering on smooth pavement. With the only adjustability being rear spring preload, what you get is, well, what you get.

If the 400’s outward appearance seems to mimic the Ninja 650R, then you’ve a keen eye for details. The chassis is the same for both bikes, and indeed early criticism of the 400 is that at 203 kg (448 lb) fully fuelled it’s a bit of a porker and only one (yes, one) kg less than the 650R. But the 400 is so easy to roll out of a garage or into a bend that the quoted weight would seem a flagrant lie if it were coming from anyplace other than its manufacturer.

Specifications fail miserably to accurately describe motorcycles like the Ninja 400R. Why is this so? Seat height measurements never take into account the width of the machine or the seat itself. Some machines have low seats, but by the time you straddle bulging exhaust pipes and primary cases, it seems like they’re a foot higher from the ground. While the 400’s seat is flat (good) and narrow (also good) it gets a little firm after an hour or so (less good), but footpegs placed rationally below the rider’s hips make it easy to use the legs to absorb the worst of the road’s impacts.

The 400’s ancillary components show good attention to detail for a moderate-cost motorcycle. The mirrors are widely spaced and useful, removing the seat gains access to luggage tie down or helmet securing hooks (there is also underseat room for a U-lock), and the twin front discs are strong enough for the seasoned rider but progressive enough so that they won’t freak out the novice.

Moderate capacity motorcycles—as anyone born before the Kennedy assassination knows—were once a staple in the lineups of most every major manufacturer. Honda’s 350 twins and 400 fours put a generation on two wheels, but instead of using advancing technology to further refine a proven formula, engineering galloped off chasing speed and power and luxury and disappeared over the horizon. And the sizes of motorcycles ballooned.

The Ninja 400R is an exceptional motorcycle, but it has less to do with the machine tested here and more to do with the soundness of the original idea. Yes, the 400’s weight is nearly identical to the 650 that it’s based on, and yes, its price of $7,499 is only $1,200 less than the 650. But it’s not the same machine with a less powerful engine—it’s a better idea that just happens to cost less. What’s not to love?