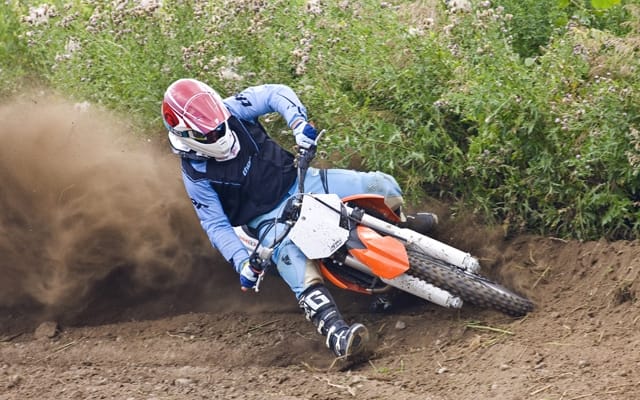 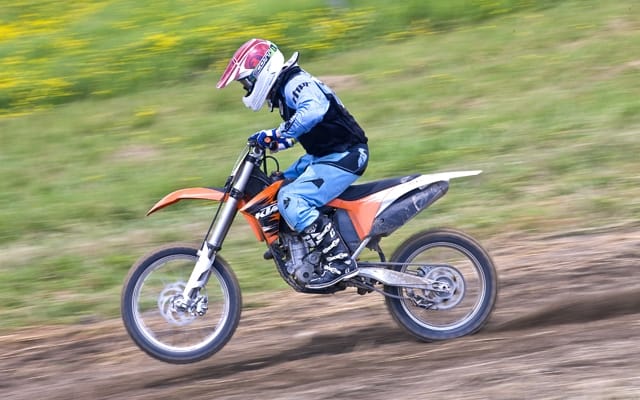 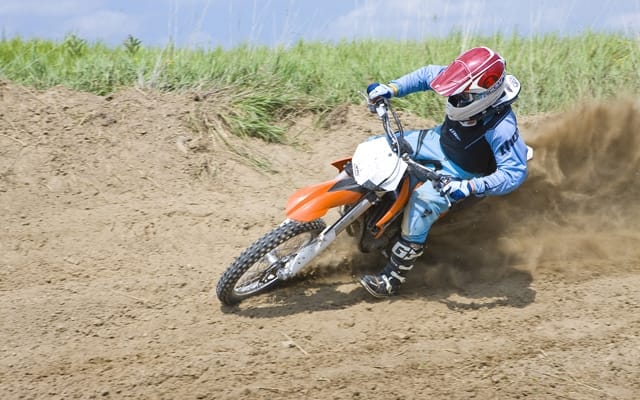 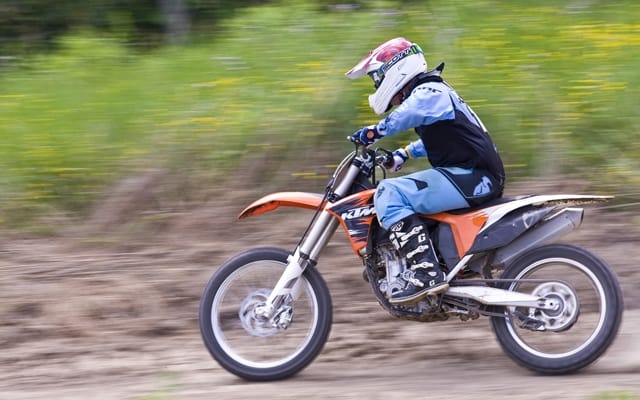 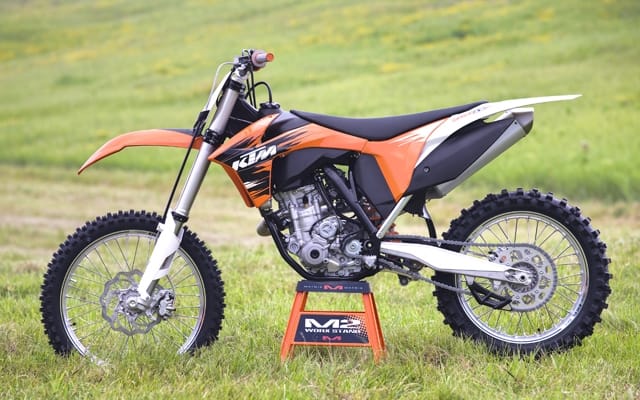 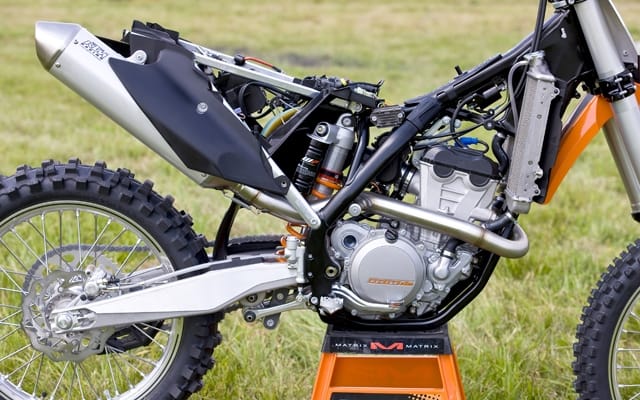 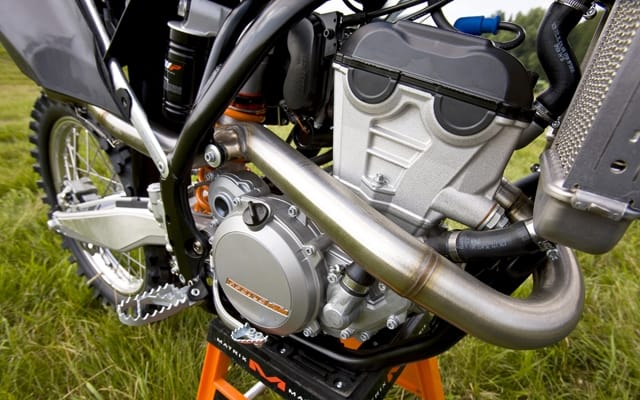 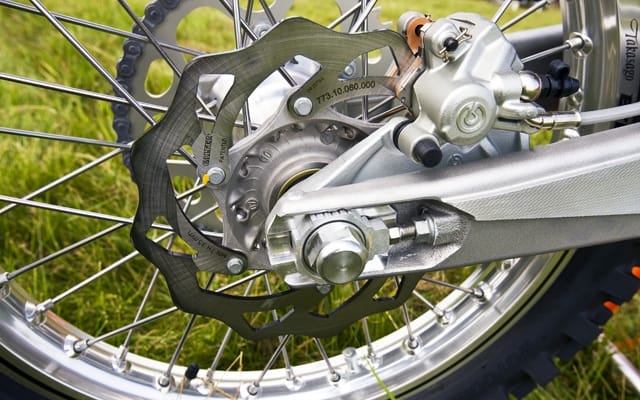 When a significant new motocross bike is released it can change the sport almost instantly. Perhaps it is because the distance between the showroom and the racetrack is so short. Even a production sportbike—itself a highly focused machine—needs to have its street-going hardware removed before becoming race worthy. But a motocrosser is made for the track. And when a significant new bike appears its impact is immediate. KTM’s 350 SX-F might be one of those watershed machines.

It has been over 10 years now since Yamaha introduced a four-stroke that could run with the two-strokes. At the time, everyone was so excited about the thought of a competitive four-stroke that no one stopped to think about what would constitute ideal displacement. Once it was apparent that the four-stroke motocrosser was more than just a fad, some began to question if the industry-standard 450 cc was just too much weight and power for the average rider. Clearly, rumblings were afoot. But which manufacturer would be first with a machine to slot between the long-established 250 cc and 450 cc categories?

Just a few years ago I doubt that anyone would have thought that KTM would release the very first 350 cc motocross bike, but with input from Stefan Everts, KTM is the first to jump into the mid-size fray. And on Kyle Carruthers’ track east of Toronto, I became one of the first in the country to ride it.

The first thing I noticed about the 2011 KTM 350 SX-F was its redesigned radiator shrouds and seat, but the most significant change from past KTMs is its rear suspension. KTM has always maintained that its MX-ers didn’t need a linkage and mounted the shock directly between swingarm and frame. The result, despite KTM’s claim, has been sub-par handling on abrupt bumps, such as those a rider encounters on the whoops of a supercross track. A linkage acts as a buffer when the machine’s suspension is required to react quickly and often.

Hitting the dry loam and sand track on an extremely hot day with high humidity, the first impression was of an extremely accessible powerband. The 350 lacks, predictably, the arm-pulling power of a 450, but the fuel-injected engine happily spins to its 13,000 rpm redline. The lofty redline is due, in part, to a crankshaft 4.5 kg lighter than fitted to KTM’s 450 cc machine. And less rotating mass is a key contributor to light-footed handling. An electric starter is standard, but a kick-starter can be fitted if you’re a masochist.

Three fuel-injection maps allow the rider to tailor response to track conditions. The switch, on top of the airbox, has three positions: mellow, middle of the road, and supercross—which gives an extra hard hit right off the bottom. After experimenting with all three, I ended up preferring the aggressive supercross setting. It helped me to carry a higher gear around corners and while wading through the track’s soft surface. The 350 required more effort to ride quickly than a 450, partly because you need to maintain momentum and ensure that you’re in the right gearbox cog to avoid lugging the engine, but with a slick shifting five-speed, it never became a chore.

Thankfully, the handling issues of the old bikes are a thing of the past. The 350 is light, agile, and stable. The new rear end works smoothly and is very predictable—and perhaps more than anything else it’s this predictability that aids handling: as long as the rider knows what the bike is going to do, they can be prepared for it when it happens. The switch to a linkage-style rear end necessitated the new steel frame (claimed by KTM to weigh less than its competitors’ aluminum frames), swingarm, and rear shock. Out front, the fork (identical to the unit fitted to last year’s 450, but with internal changes) complements the new rear end configuration, and the Brembo brakes are strong and predictable.

After a day in the saddle, the $9,499 350 SX-F strikes me as a machine nearly ideal for a rider not quite ready, or willing, to ride the more muscular 450s. That might be a veteran-class rider moving down from 450s or a beginner making the move up from 250s. Meeting in the middle, it appears, is no compromise at all.