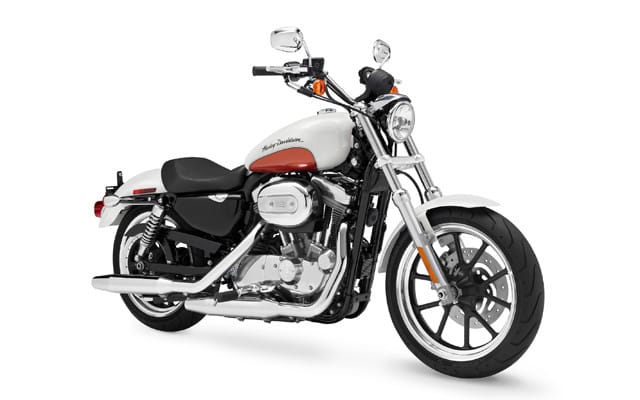 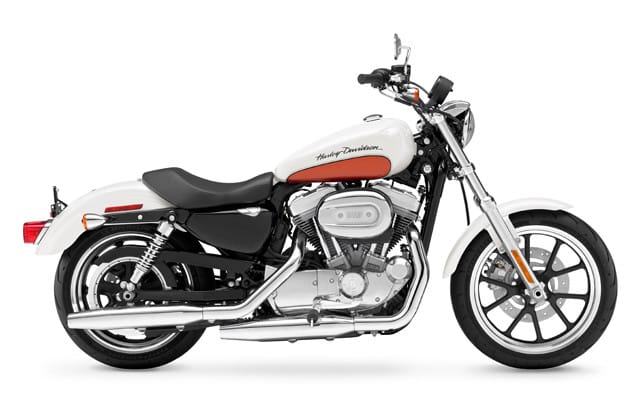 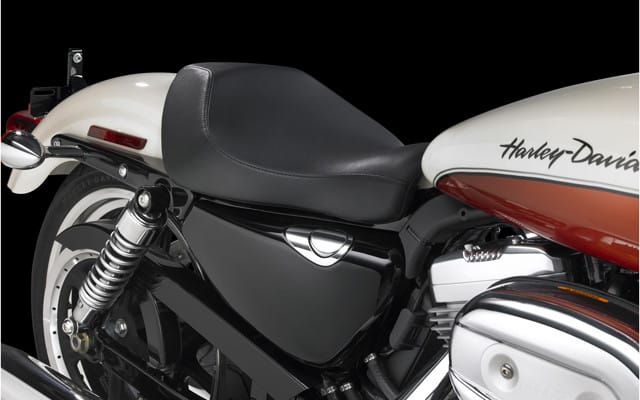 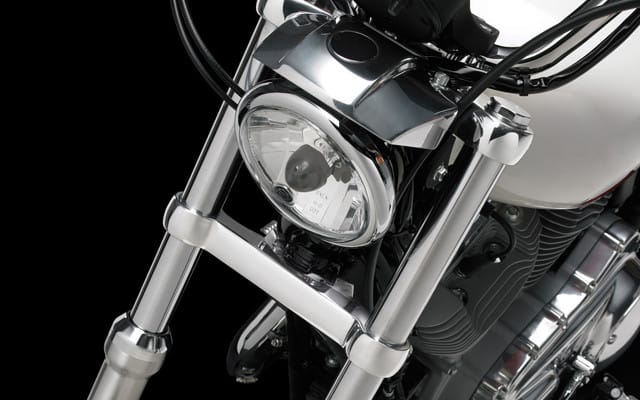 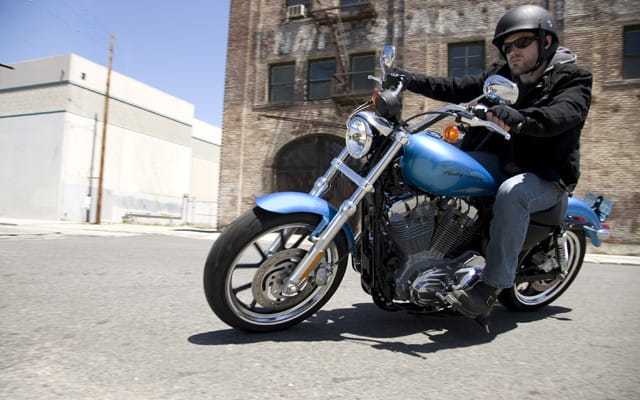 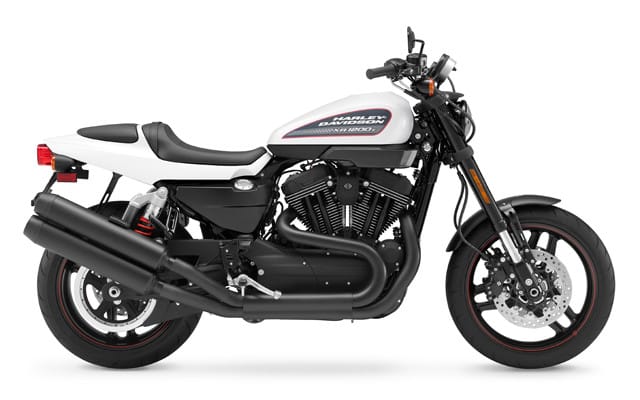 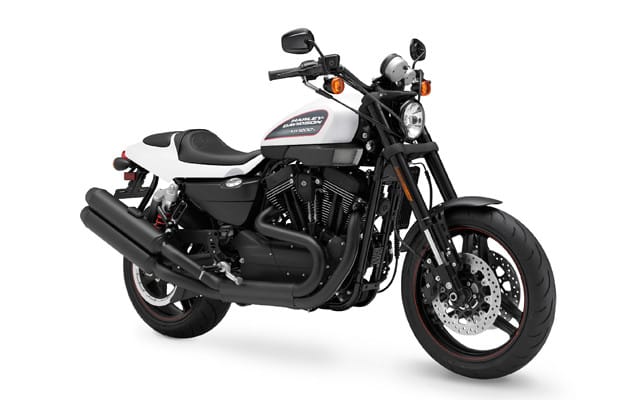 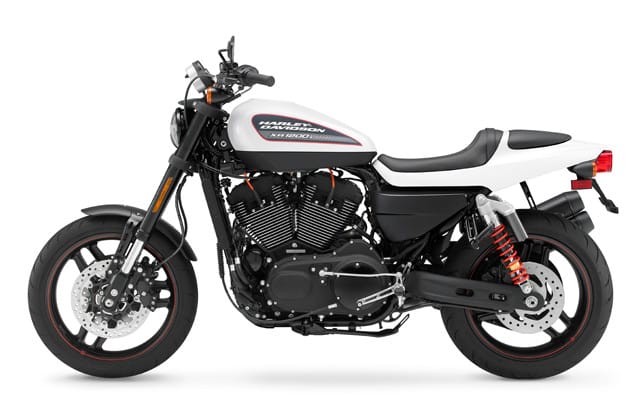 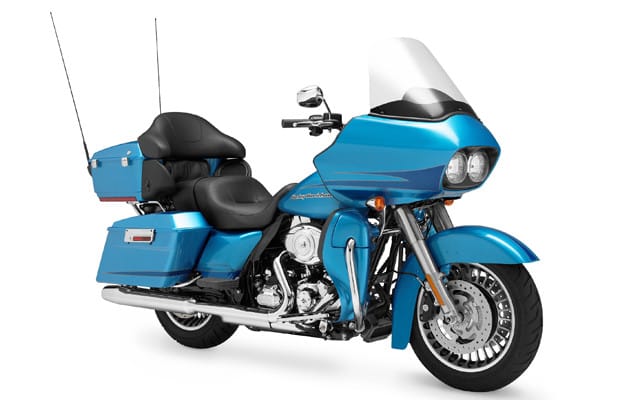 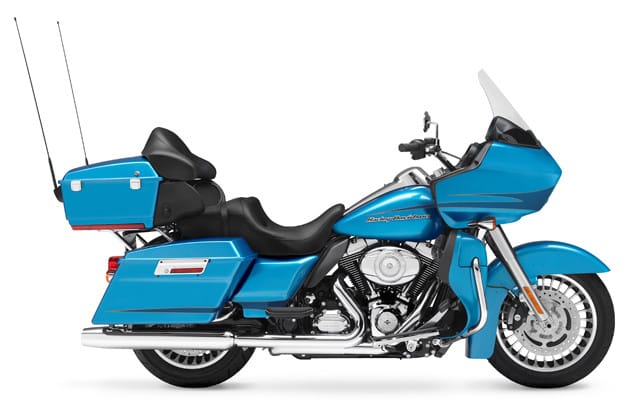 The 883 SuperLow replaces the 883 Low in Harley’s Sportster range and according to H-D spokesperson Paul James, is a model “aimed squarely at people who are new to motorcycling,” The SuperLow, retains much of its predecessor, including its near to the ground seat height, (648 mm or 25.5 inches for imperialists) but H-D says it has taken lessons learned from its development of the new XR1200X and changed tire size and front fork angle accordingly to give the SuperLow “significant gains in maneuverability.” The 16-inch rear and 19-inch front wheels of the former iteration have been replaced with 17-inch rear and 18-inch front rims fitted with Michelin’s low profile Scorcher 11 radial tires, a “new wheel-and-tire combination [that] significantly reduces mass and inertia front and rear, which when combined with the tire design, improves steering response, and reduces steering effort,” according to Harley-Davidson. Suspension has also been retuned and the seat and handlebar redesigned for a more comfortable positioning, claims H-D.

Available for $9,309 in black, and in blue or two-tone for $9,649 and $9,899 respectively, the SuperLow is Harley-Davidson’s most affordable motorcycle and if it’s as easy to ride as they claim, it may well become a big seller.

The XR1200X, also part of the Sportster clan, replaces the XR750 dirt-tracker-inspired XR1200 that was introduced here in 2009. Thought the X is powered by the same  fuel-injected, 1,203 cc 45-degree air-cooled engine as before, suspension and brakes have been upgraded. Up front there’s now a fully adjustable Showa big piston fork and Nissin four-piston calipers now pinch fully floating brake rotors instead of the solid rotors of the non-X. New nitrogen-charged piggyback shocks, also fully adjustable, suspend the rear. Engine and exhaust are now finished in black for a cosmetic change. Available in black or white for $13,739.

Deliveries of 2011 models are starting now says H-D and you’ll find information on when and where you can sign up for free demo rides at www.harleycanada.com.