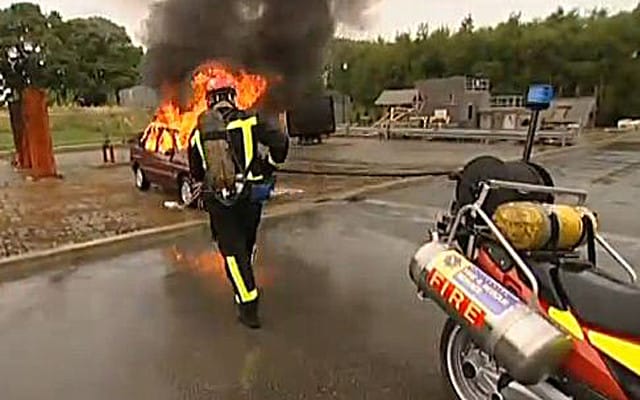 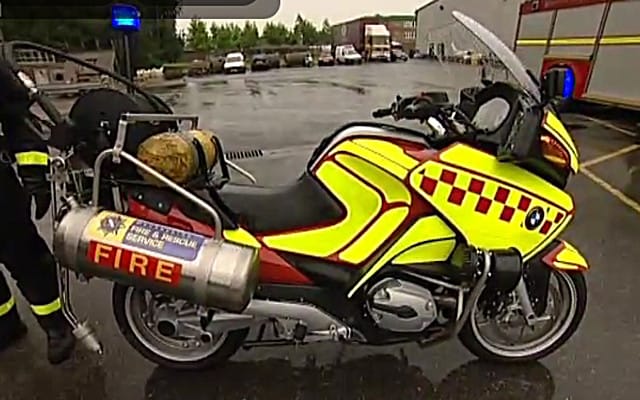 The £30,000 modified Beemers are kitted out with a high-powered 30m jet hose attached to two 25-litre canisters filled with water and foam.

A spokesman for Merseyside Fire and Rescue Service said: “About 60 per cent of what we do is putting out “rubbish fires”. These are fires that don’t pose a threat to people or buildings. If approved this trial would enable us to buy more bikes and have them in stations where they have the highest incidences of these kind of fires. It is an expensive bike but then a fire appliance costs £250,000. It also means roads aren’t blocked with 17 tonne fire engines which will be carrying life-saving equipment that could be used elsewhere.”

Interesting to see whether the ‘fire bikes’ will actually prove useful and if they’ll be adopted by other municipalities.