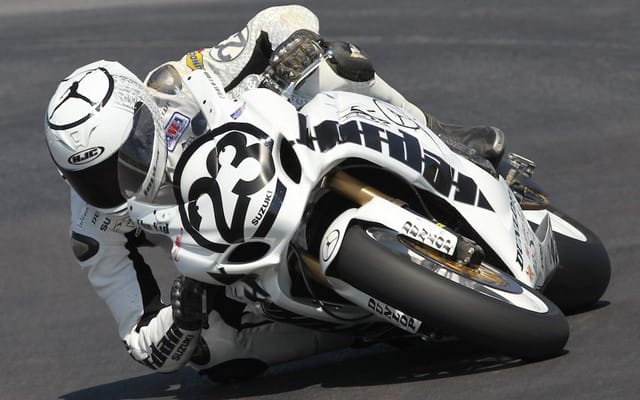 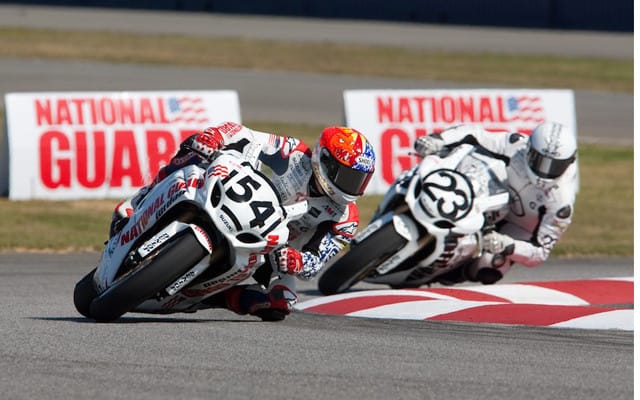 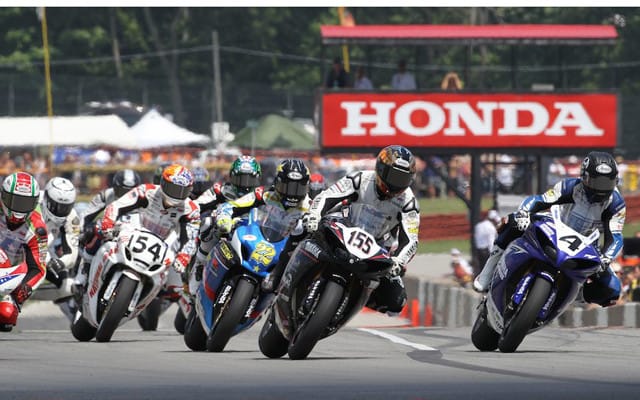 Eighteen-year-old Saskatoon native Brett McCormick had the best finish of his AMA career yesterday, placing fifth aboard his Jordan Motorsports Suzuki GSX-R1000 in the second pro superbike race of the weekend at Mid-Ohio. McCormick finished seventh, just behind teammate Jake Zemke (National Guard/Jordan Suzuki) in Saturday’s contest, but Sunday’s race saw the young upstart taking fifth place away from his veteran teammate Zemke (currently 3rd in the overall standings) on the final lap.

“I’m definitely really happy,” said the McCormick of his best ever AMA result. “I had a battle with Jake (Zemke) there and that was a lot of fun. And it was finally nice to go up there and race with somebody that’s closer to that top five and cool to learn stuff from these guys, for sure.”

Tied in the overall standings coming into Mid-Ohio, Graves Yamaha’s Josh Hayes and Rockstar Makita Yoshimura Suzuki’s Tommy Hayden each came away with a victory this weekend, Hayes winning race 1 and Hayden race 2, but it was the Yamaha rider who came out on top with a 4 point lead after all was said and done. Hayden could only manage a third, behind Pat Clark Motorsports Yamaha’s Ben Bostrom on Saturday, while Hayes finished second in Sunday’s race ahead of Ducati rider Larry Pegram.

Canadian superbike champion Jordan Szoke, riding the only Honda in the field, placed 10th in Saturday’s race, but crashed out of race 2 on Sunday.

Next weekend’s AMA superbike event at Laguna Seca may well be McCormick’s final round of the season, as injured Jordan Suzuki rider Aaron Yates, whom McCormick has been replacing, is expected to soon return.