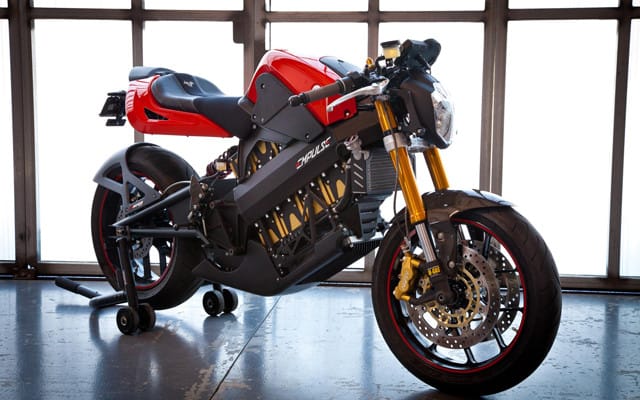 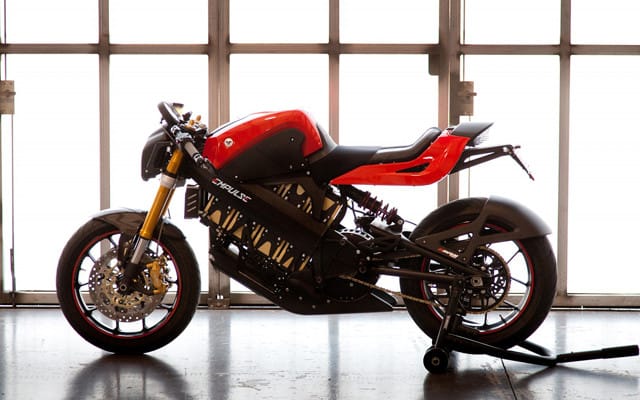 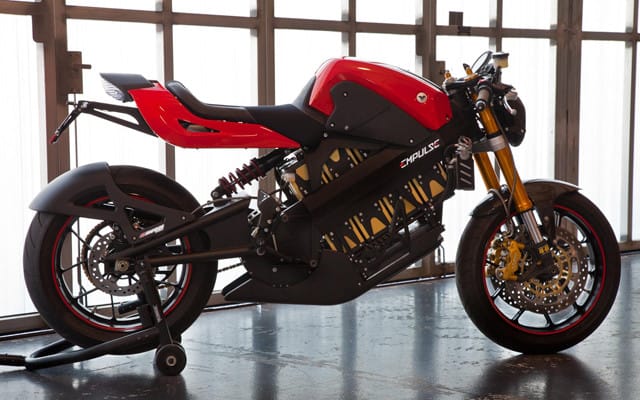 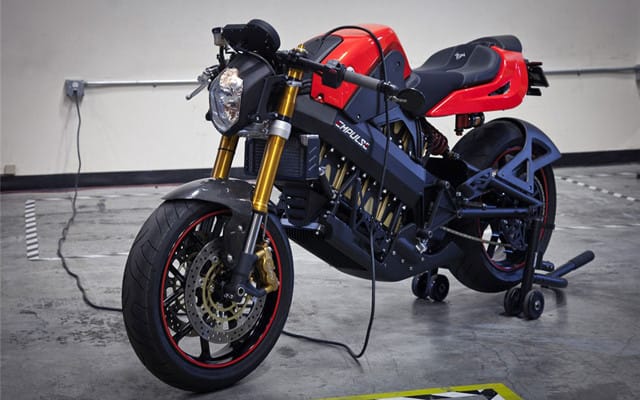 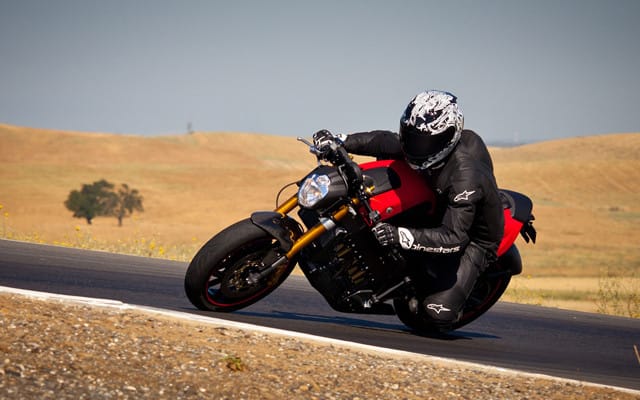 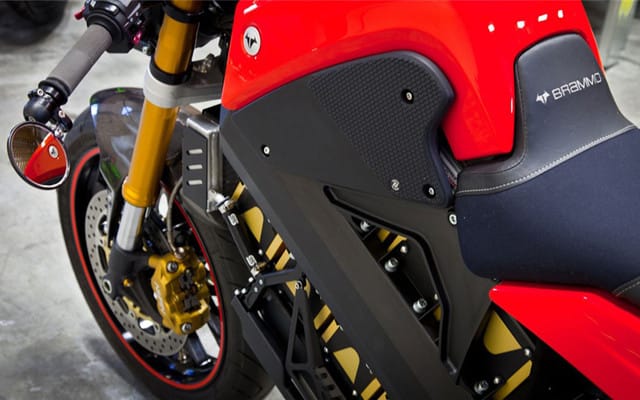 Oregon-based electric motorcycle manufacturer Brammo have unveiled an all new, 160km per charge, naked e-bike called the Empulse. Advancing the ideas from Brammo’s Enertia TTR race bikes, the Empulse is powered by a liquid-cooled AC synchronous motor mounted as a stressed member in an aluminum beam frame with a tubular steal swingarm that pivots on the motor housing.

Brammo claims the new motor puts out 55bhp and 59 lb-ft of torque powering a machine with a curb weight of 177kg. The Empulse will be available in three different battery pack sizes, providing 3 single charge ranges at three different price points. The Empulse 6.0 has a 6kWh battery with a claimed 97km average range and costs USD $9,995; the 8.0 model has an 8kWh battery providing a 129km average range for USD $11,995 and the top of the line 10.0 version packs a 10kWh battery with a 160km average range costing USD $13,995. All three models are capable of achieving at least 160kph, says Brammo. There’s currently no official word on recharge times, but you can probably expect to be recharging the Empulse 10.0 overnight.

The pre-production Empulse shown here differs slightly from the model that’ll be on-sale early next year, according to Brammo designer Brian Wisman.

“That headlight is borrowed from a Yamaha MT-03, but will not be used for production as we are developing our own unit that is not ready yet, says Wismann. “The seat is a bit too wide and the tank a bit too narrow right now, so I’ll be playing with that proportion a bit as well as we move towards production.”

The tubular steel swingarm will probably go aluminum for production, Wismann adds, and the final spec of the rear shock has yet to be decided.

Brammo will unveil the Empulse to the public at Laguna Seca on MotoGP weekend, July 24-25,  and will race a version of it there in the US FIM e-Power series against, among others, Michael Czysz’s MotoCzysz E1pc.

Canadians can pre-order the Empulse online at www.brammo.com. Check out the Empulse promo video below.