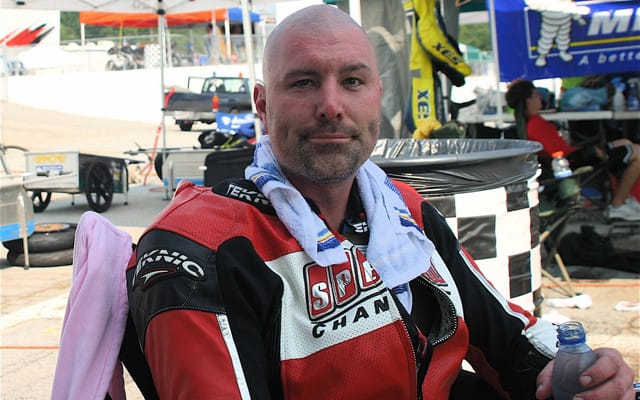 Vicki Schouten and her Kahuna Powersports Kawasaki team have announced that SPEED TV’s Greg White will ride in her place at the upcoming round of the Parts Canada Superbike Championship in Calgary, Alberta June 24-27. White, who is also a broadcast commentator of the AMA Superbike Series, will pilot Schouten’s Kawasaki ZX-6R in both the Pro Sport Bike and Pro Superbike classes at Race City.

Schouten is still healing from an injury sustained during a crash in a qualifying race last month at Shannonville Motorsport Park. A compound fracture to her right foot required surgery and the installation of seven pins and a plate.

“I have been working with the doctors and my trainer to get back on the motorcycle as quickly as possible,” said Schouten, “but Calgary is just a little too soon. It is important that I heal properly so I can come back strong and not cause any further damage to my foot.  I am really grateful that Greg has agreed to race on my behalf in Calgary and I think he will bring a lot of value to our sponsors and the team.”