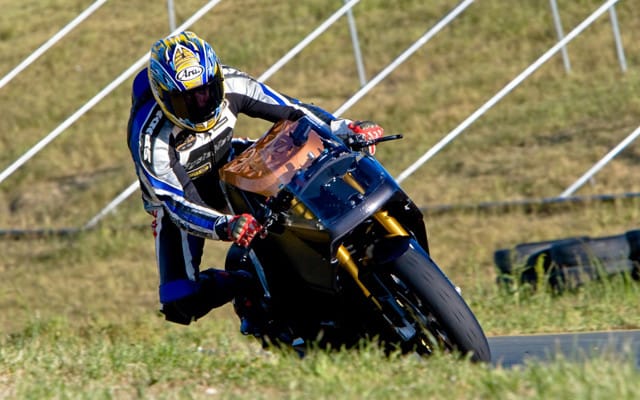 Mission and MotoCzysz Say No to Infineon TTXGP

It is being reported that three of the major players in the world of electric motorcycles will not be participating in the first round of the 2010 TTXGP at Infineon, May 14-16 . Mission Motors and MotoCzysz will be no-shows at the inaugural race, according to asphaltandrubber.com, Brammo Motors has said maybe, but probably not. And although the official TTXGP entry list is due out this morning, nothing yet has been posted on the egrandprix.com website. The site’s Teams and Riders page is still in test mode, showing only a picture of penguins and a koala bear.

Mission Motors cites their focus on getting their Mission One machine into production as the reason for not taking part at Infineon and say they’ll be debuting a new race bike later this season. MotoCzysz says  the Infineon date is too close to their team’s ship date for the Isle of Man TT Zero taking place on June 1st and Brammo is waffling to the point that Ashphalt and Rubber figures the Best Buy sponsored team won’t be pitching their tent at the Sonoma track.

We’ve also heard rumblings of major no-shows for the Mosport TTXGP event hear in Canada, July 8-11. Time and money are clearly in short supply for these startup  companies, forcing them to be prudent about which, if any, races they enter. It raises the question of whether it’s still too soon for any full-blown electric motorcycle racing series to be even remotely successful.